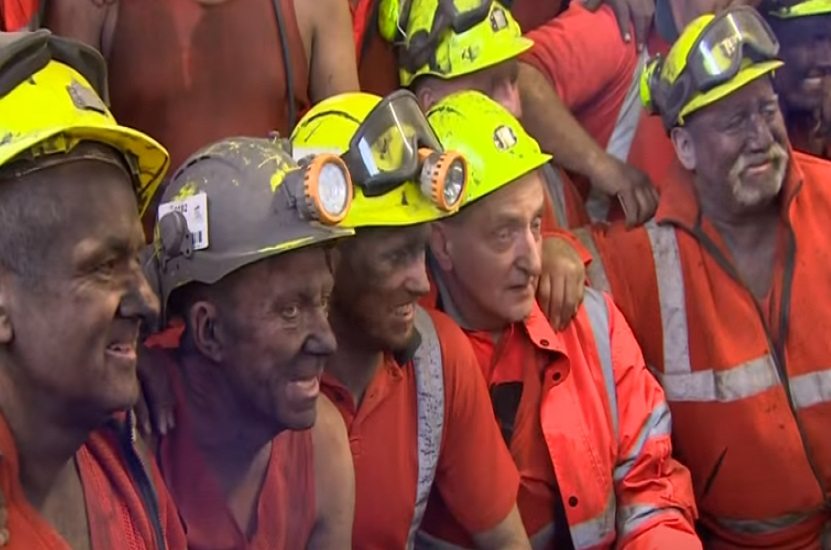 The miners’ strike of 1984/85 is a well-documented event, and is one of the most recognisable events of the Thatcher era. But what is less talked about is the miners’ pension scheme. Or most notably, the fact that successive governments have funnelled money, to the tune of £8bn, out of the scheme while leaving many miners destitute.

An industry decimated with pensions under threat

After the privatisation of British Coal in 1994, the then Conservative government agreed to underwrite the miners’ pensions scheme. This was to ensure, in theory, that the miners’ pensions were protected. The deal was that the scheme would track the rate of inflation, and rise accordingly. But in return, the government would be able to take half of any extra cash that was generated (surplus). At the time, with the industry on the brink of collapse, the miners were faced with a stark choice. They chose, naturally, to protect their pensions.

In real terms our pensions have been slashed in half by successive governments. We have been financially penalised all the way to the grave. In 1987 they took a ’pensions holiday’ and British Coal and the Government stopped paying some £870 million for three years. There were more pension holidays in 1991 and 1994. They creamed off a surplus of over £5 billion [during that time]. The industry was privatised in 1994 and they said it was in our best interest for the pension to be ring fenced.

The scheme hit the headlines in 2003, under Tony Blair’s Labour government. At the time, the pension funds were facing a £1bn shortfall in cash. But Blair’s government was still insistent on taking its share of the money. As The Evening Standard reported at the time:

The government is enforcing a nine-year-old deal that allows it to drain billions from miners’ pension schemes. Even though the funds are heading for a deficit of nearly £1 billion because of depressed stock markets. And with the Treasury draining the funds at the rate of £400 million a year, the move threatens the pensions of more than 390,000 retired pitmen. Almost £5 billion has been moved out of the funds, according to estimates by the funds’ trustees.

But the real scandal is in the nuts and bolts of the deal.

While the pension fund is performing well, the Treasury naturally also does well. But because of the way the money is arranged, the same can be said of it in bad times. Because the half that the Treasury takes is paid in instalments, it sits in the pension scheme’s bank, therefore accruing additional interest, so the Treasury makes even more. For the government, it’s a win-win situation.

By 2008, the government had made over £3.5bn out of the pensions scheme. But at that time, alarm bells were already being rung. As The Telegraph reported, the money the government was taking did, in fact, not actually exist:

The surplus that has helped to boost the Government’s coffers is based on calculations by the government actuary (the same actuary that was heavily criticised by the Parliamentary Ombudsman in its recent report on Equitable Life).

The schemes currently have a combined £1.9bn surplus. Based on an “expected return on assets” calculation by the actuary. But, on the basis of the index-linked gilt rate, that surplus becomes a £900m deficit [shortfall]. The payments … are being made from “fictitious surpluses”. And it’s not just the calculation of the surpluses … we should be worried about. Despite being mature schemes, with the vast majority of members collecting their pension, 70% of the funds’ assets are held in equities.

Translated, the government was making its own ‘guesstimates’ about how much extra money should be in the miners’ pension fund, and then pocketing it accordingly. And it pocketed well. As Energy Minister Andrea Leadsom told parliament this June:

the total gross payments to the Treasury would be £8bn. This would have been both gross of any payments from the Government and also in cash terms i.e. allowing for the returns achieved on the funds before payment.

Money for literally nothing

Over the period 1997 to 2015 there have not been any payments from HM Government as a result of the guarantee of the benefits on the MineWorkers Pension Scheme. Therefore, during this period the guarantee has not directly “cost” the government anything.

Essentially, then, the government has made £8bn out of thin air. Meanwhile, miners have been suffering. As Charles Chiverton, a miner for 27 years, said:

I am furious there is a growing realisation we have been treated disgustingly, duped and dishonoured. The main beneficiaries of our pension fund since it was ring fenced has been the Government. We should not have to go cap in hand to them. We want to regain control of our pension scheme back from the faceless ministers who are robbing our scheme and our benefits which we have paid into all our working lives. No stone will be left unturned no faceless politician or minister will get in our way. It’s time to stand together one last time.

Previous attempts to get the scheme changed, with successive governments, have failed. But the UMPA is not giving up. Peter Stefanovic, a high profile lawyer who has come out in support of their case, told The Canary:

Putting this into context, over the same period the Government spent over £124bn bailing out greedy and incompetent bankers with loan and share purchases. We are talking about duping and robbing generations of working men. Men who risked their lives in the most dark and hellish places in the bowels of the earth to provide the coal which was needed to keep our homes, hospitals and schools warm and the wheels of our industry turning both in peace and war time.

Our miners literally paid for their pension fund with their blood and their sweat and many gave their lives for it. Almost every miner who ever worked down a colliery will suffer from adverse health conditions with many suffering lung damage due to exposure to coal dust. Many older ex-miners suffer painful and lingering deaths.This money was supposed to them and their families. One miner told me recently they are dying at the rate of 8,000 a year.

This scheme was never going to be a risk for the Government because sadly our miners tend to have a short life expectancy. The Treasury FOI letter really highlights the extent to which our miners and their families have been ripped off by successive Governments. Even Dick Turpin had the decency to wear a mask.

The Labour MP for Mansfield, Sir Alan Meale, has also given his backing to the UMPA. Plus, there will be a rally during the Labour Party conference in Liverpool on 27 September to raise awareness of the miners’ plight.

Since the strike in 1984/85, miners have been treated appallingly by successive governments. The last deep coal pit, Kellingley Colliery, closed in December 2015. Miners have been demonised, vilified, seen their industry decimated and now, even in retirement, they cannot lead comfortable lives. It is surely right that members of one of the most dangerous, and yet persecuted, industries in modern British history should be treated fairly in their old age. They should not, at the very least, have £8bn essentially stolen from them.

– Sign the petition in support of the Mineworkers Pension Fight.

– Attend the rally in Liverpool on 27 September, if you can.

– Read more about the miners’ case.