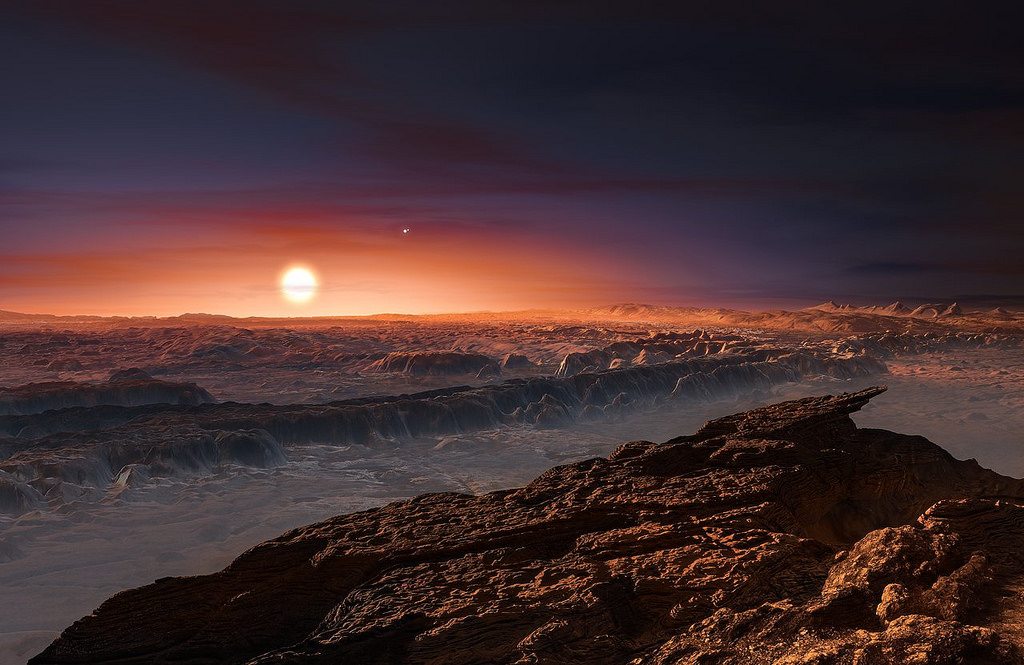 Scientists have just discovered a planet in our galaxy that they say could potentially support life. The discovery was made by astronomers at The Pale Red Dot project, who have called the planet ‘Proxima b’. The astronomers published their findings in the scientific journal Nature on 25 August, and news outlets immediately rejoiced. But some on a more exploitative tack than others.

Many media outlets published news of the scientific discovery as important in itself and in its contribution to our understanding of the Solar System, and the larger universe. But several outlets jumped on comments made by a Harvard professor to report that the discovery meant that humans would have a planet to “colonise” in the future.

Proxima b is an ‘exoplanet’; one in our galaxy that orbits a different star than the Sun, the star at the centre of our Solar System. Proxima b orbits the next closest star, Proxima Centauri, whose name comes from the Latin for “the nearest star of [the constellation] Centaurus”. This star forms a Solar System of its own within the Milky Way. It is estimated that within the Milky Way alone, there are billions of ‘rogue planets’, which do not orbit any star at all. But Proxima b is the only planet discovered so far that scientists believe could potentially support life.

But there are significant reasons why it might not, which the articles about ‘colonising’ Proxima b largely failed to recognise. Proxima Centauri is a far smaller star than the Sun, and therefore the ‘habitable zone’ which would provide the right temperature and other conditions for life to thrive theoretically is far closer to the star. This then increases the amount of radiation that the planet is exposed to, being far closer to the rays of the star. 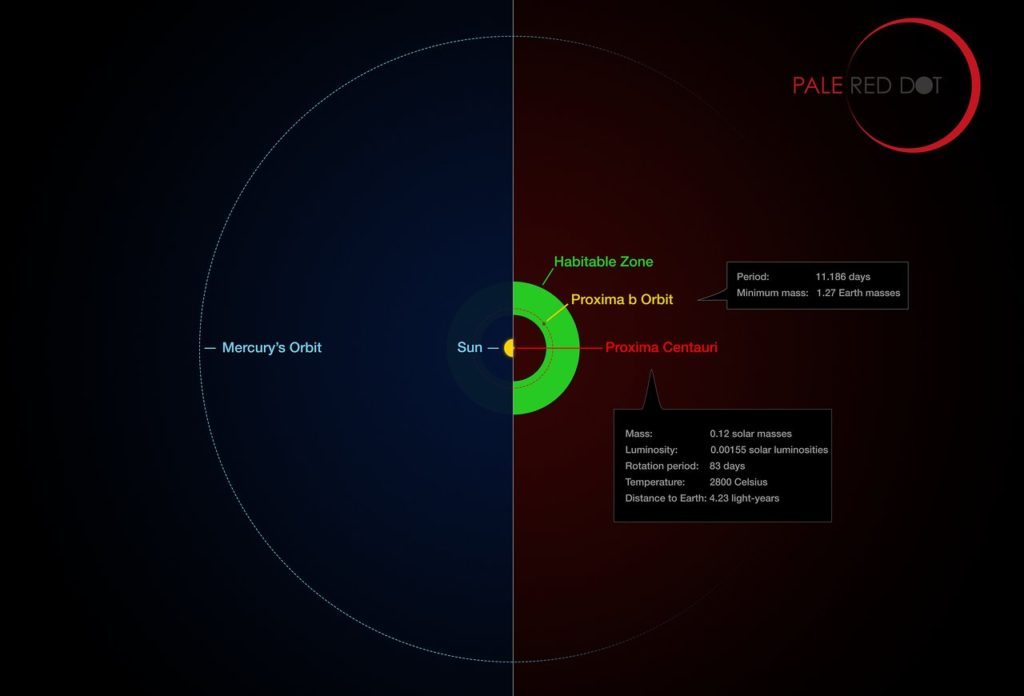 It would also mean that Proxima b could be subject to “potentially life-extinguishing stellar flares”. NASA reports that Scott Gaudi of Ohio State University, who has himself discovered numerous exoplanets, says that if the planet’s magnetic field isn’t strong enough, the star could “blow away” Proxima b’s whole atmosphere. He concluded that these factors simply cannot yet be determined:

… those are really hard calculations, and I certainly wouldn’t put my money either way on that.

Above and beyond the potential threats to life is also the timeline of our supposed potential ‘colonisation’, and the attitude of human imperialism behind it. Sky News reported that the planet could be colonised “after the Sun dies, five billion years from now”. Sky News is quoting Professor Abraham Loeb from Harvard University, who chairs the ‘Breakthrough Starshot‘ project that aims to send crafts to neighbouring Solar Systems, saying that our potential new home planet is “only four light years away”.

Currently, it is of course impossible for us to even imagine travelling this distance. But in the timeline they are suggesting, five billion years from now, it is also unlikely that humans will exist. Not least because of the influence of climate change deniers such as Rupert Murdoch, who is the owner of Sky News parent company 21st Century Fox.

This idea of colonising other planets also feeds into the idea that we will be saved at the last minute by a ‘high-tech’ solution to climate change. That rather than addressing what leads to the problems of power, consumption, pollution, and environmental destruction, we can run away from or put a temporary plaster over them. Naomi Klein, who wrote This Changes Everything: Capitalism vs The Climate, has said:

I think we should be as clear as possible that [addressing climate change] isn’t about being anti-technology. It’s about the need for technology as a decentralized power … I think we do need to talk about that fundamental issue of whether our place on earth is to dominate nature – whether we’re at war with it. I’m not against science, but we’re on the verge of scaling up the risks in a really frightening way if we don’t ask ourselves some really tough questions about just how smart we are. We don’t want to wallow in ignorance, but there are huge dangers in overestimating our intelligence.

During a Q&A session at Gizmodo.com, Prof Loeb said that the Breakthrough Starshot project was not focused on ethical questions, but on the science. He did note:

There are definitely philosophical aspects of the project that need to be addressed.

The most glaring of these philosophical questions is whether or not a human focus should be on “colonising” other planets at all, let alone ones that are quite potentially uninhabitable for humans, before dismantling the effects of colonisation already perpetrated on Earth. Not only in the effects of what we understand of imperial colonisation by the British, American and other contemporary empires, but also by a domineering, dominant culture that has resulted largely in continuous destruction and oppression.

On the same day that our next ‘colony’ was discovered, updates on climate change and the mass extinction of species continue to ‘shock’ scientists and citizens. But apparently not those in power, at least not enough to radically address the colonisation of the Earth by industry, and the corporate dominance of globalisation.

– Read our other articles on astronomy, climate change, and in the Science section.

– Write to your MP, asking them to enforce radical action to halt climate change.