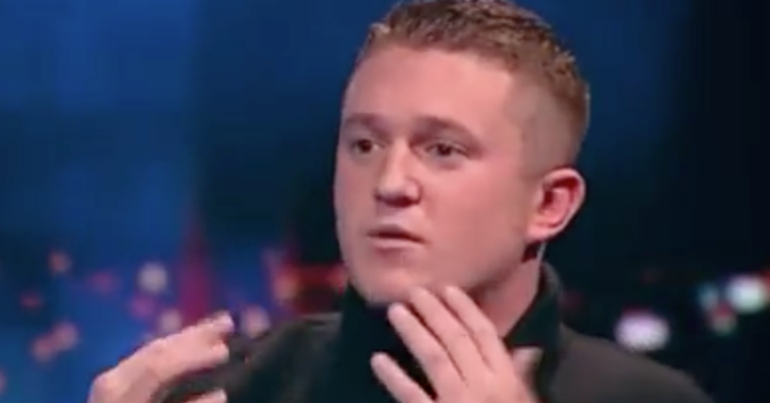 On Friday 26 May, ex-English Defence League (EDL) leader Tommy Robinson was arrested while live-streaming outside Leeds Crown Court. He was subsequently imprisoned for 13 months for contempt of court and breaching a suspended sentence.

Since then, the far right has spouted a lot of conspiratorial nonsense. And the legal profession has taken to Twitter to patiently attempt to explain why these people have got it completely wrong.

First up, there was the so-called media blackout. Robinson’s supporters screamed about a “media blackout” and “secret courts”. There was indeed a temporary reporting restriction in place over his imprisonment:

But this was to protect the trial Robinson was live streaming from, not to hush up the fact of his arrest. As one lawyer pointed out, contempt laws exist to ensure defendants have fair trials:

@JoshuaRozenberg was v clear on the Tommy Robinson contempt on BBC 5 live & the UK approach to postpone reporting in cases where needed to shelter the Jury from uniformed media comment is a good one. It ensures a fair trial & if guilty the court deciding that on actual evidence

And as Stephanie Finnegan, a journalist who covered the case, highlighted:

He livestreamed to a very large audience, making prejudicial and even inaccurate comments. He did this within earshot of jurors turning up to court. If they did not hear him then, they could certainly stumble upon the video online. He encouraged it to be shared widely.

17/ The worst part is that Robinson appears to have done this all for self-interested reasons. If he cared about securing convictions for the defendants then he wouldn't have risked derailing the entire trial for his ranting broadcasts. This is a fundamentally selfish exercise.

In fact, Robinson’s interference with a previous trial (for which he received the suspended sentence), risked causing the case to collapse.

Others from the ‘poor Tommy brigade’ claimed he wasn’t given proper legal advice. Luckily, lawyers were on hand to correct them. Conservative councillor and lawyer Gareth Anderson stated:

Meanwhile, ‘The Secret Barrister’ put Twitter users straight on how the law works:

1) Defendants are not “assigned prosecution barristers”. This is just not a thing. Never, ever, never.

2) If his lawyer “told him to plead innocent or contest”, they would be a pretty lousy lawyer as those concepts don’t exist in English law.

And as they further pointed out, the rules on contempt are different:

1) No-one is “charged” with contempt. It is a purely judicial function.

2) We don’t have “public defenders” in England and Wales. He was represented by a very experienced independent criminal barrister.

Ignorance is not bliss

As a former barrister pointed out, much of the ignorance shown is due to people not having a basic understanding of the law:

The Tommy Robinson episode is yet another example of the paucity of public legal education. Much of the nonsense on here could be avoided by people having a basic understanding of how the justice system works instead of conflating it with American TV shows.

The Secret Barrister, meanwhile, has written an account of what people should know about the case. But here are a few bullet points from a journalist who’s spent a lot of time in courts:

Robinson’s actions may be both idiotic and self-serving. But he is gathering support. At the time of writing, a petition calling for his release has over half a million signatures.

And it’s down to all of us to challenge this nonsense and make sure it’s not used to further the cause of the far right.