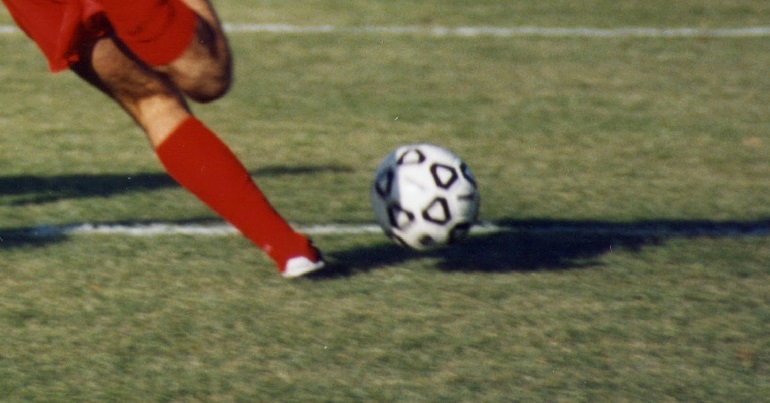 Rwanda’s recent decision to invest around £30m to sponsor Arsenal Football Club has again brought to the forefront the issue of how we should relate to countries with poor human rights records. And as a key part of this debate, we need to talk very seriously about the naked hypocrisy of Western foreign policy as a whole.

As long as countries don’t stand up to Western corporations or governments, it seems like human rights aren’t a concern. And top-level football clubs are equally compromised. Governments and corporations from many different countries with poor human rights records have sponsored powerful teams in recent years. These include: Qatar Airways (Barcelona, and FIFA); United Arab Emirates (UAE) companies Etihad Airways (Manchester City) and Emirates (Arsenal); Turkish Airlines (Manchester United); and Azerbaijan (Atlético Madrid). And that’s just to name a few.

So Rwanda is simply joining the club of dodgy sponsors. But what do we need to know about the country’s political situation?

Well, Rwanda’s elections and leader are very questionable. But the US and other Western nations are strong supporters of the government regardless. As Rwandan-American attorney Charles Kambanda has written, Rwandan president Paul Kagame “engineered a constitutional coup to keep himself in power – mocking his Euro-American sponsors’ claims that Kagame is a force for democracy”. He also “claims that no Rwandan is capable of leading the country and “the people” need him”.

US support for Kagame’s Rwanda

The US has long provided significant amounts of aid to Rwanda. And as Politico has reported:

The United States, without doubt, is Kagame’s staunchest ally and oldest supporter, eager to maintain Rwanda as a strategic partner with a powerful army in mineral-rich eastern Africa…

Kagame studied at the U.S. Army Command and General Staff College in Fort Leavenworth, Kans., before he returned to Rwanda and seized power in 1994.

While Kagame‘s government remains an ‘awkward ally‘ for the US, Newsweek argued in 2017 that “Washington and other Western nations appear to be resigned to Kagame remaining in power”. There is currently an ongoing trade spat between the US and Rwanda, but as Rwanda expert Phil Clark told Newsweek: “Kagame is the kind of leader that Trump likes”. This, in part, is because “Kagame’s engagement with CEOs and business leaders is well documented”.

Kagame won Rwanda’s 2017 election with 98.79% of the votes. There were allegedly irregularities and cases of intimidation. There are also reports of extrajudicial killings and torture in the country, and Reporters Without Borders has called Kagame a “predator of press freedom”.

Supporters of Kagame will highlight Rwanda’s political gender equality, reduction of poverty to around 39%, and provision of universal eye-care. But the country is still among the world’s poorest, and enrolment in secondary education still stands at around 32%.

Many critics consider Rwanda to be an autocratic regime. And when a politician wins elections with 98.8% of the votes, it’s hard to believe otherwise. Indeed, Kagame himself has called elections a “formality“.

There were no US sanctions after this election, though. The US said it was “disturbed by irregularities”, but then carried on as normal.

Now, compare this with Washington’s stance elsewhere. It recently supported a boycott of elections in Venezuela, for example. And even though the electoral process was reportedly clean, and only 30% of Venezuelans voted to re-elect President Nicolás Maduro (hardly the kind of result you’d expect if the process was manipulated), the US immediately added more sanctions to those already in place.

In short, dictatorships are fine as long as they’re pro-US. But democracies that aren’t pro-US deserve heavy sanctions.

Saudi Arabia gets away with alleged war crimes. So does Turkey. And so does Israel. But Venezuela must receive condemnation.

Democracy for some, dictatorships for others

At the same time, there’s silence about the democratic deficit elsewhere. For example:

Is consistency too much to ask for?

Dodgy football sponsorships are just a reflection of widespread political hypocrisy. But they should, at the very least, help to clarify our thinking.

All human rights abusers should receive criticism. So should all anti-democratic politicians.

We all have political sympathies. But if we support human rights and democracy, we should also be consistent. There should be consequences for all who act against them, or consequences for none.

If our governments believe sanctions work (despite the lack of supporting evidence), that’s fine. But they should apply them equally to all anti-democratic human rights abusers – friends or foes. They shouldn’t be sanctioning enemies while wining and dining dodgy allies.

Political inconsistency is an insult to everyone’s intelligence. And we must demand that it stops, once and for all.

– In the UK, write to Theresa May and your MP. Ask them to treat all anti-democratic human rights abusers the same, making no exceptions for their allies.

– If you’re a football fan, you might want to ask your team about the corporations and states that sponsor it.

– Learn more about the world’s electoral systems, and decide for yourselves which you think are the best. Support Make Votes Matter, join the Electoral Reform Society, and write to your MP to ask if they support electoral reform.