Revealed: the London boroughs topping the tables for getting rid of council homes - The Canary 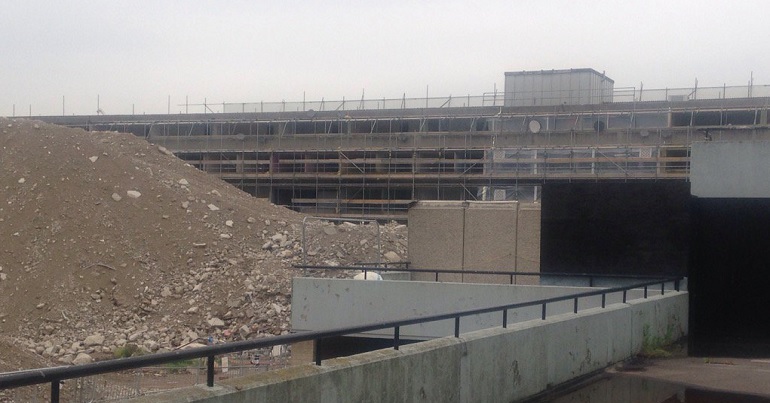 Figures have revealed the extent of the loss of council housing across London between 2016 and 2017. The Canary has been given access to in-depth calculations, which show some boroughs losing council homes at a shocking rate, including one which lost 5% of its total in just one year.

As Inside Croydon reported, figures [xls] from the Ministry of Housing, Communities and Local Government on the number and type of houses across England show that, in London, there were 3,620 fewer council-owned houses in 2017 compared to 2016. But, for the first time since 2014, there was also a net loss in the number of overall social housing properties (including housing association stock). 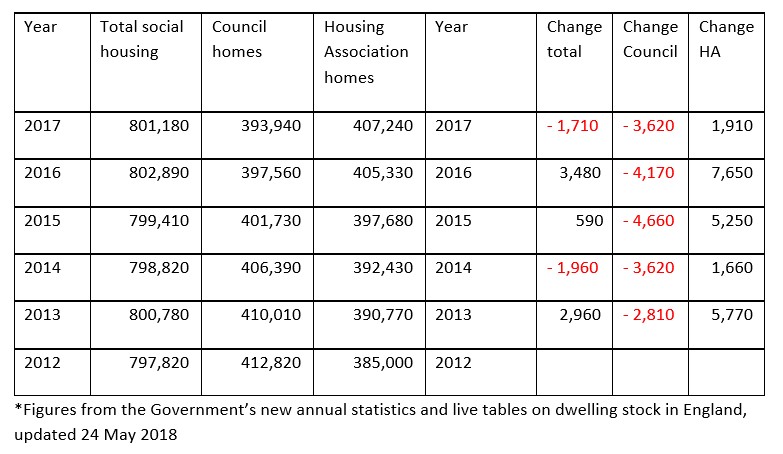 She also gave The Canary the breakdown of the net change in the number of council homes by borough. The figures show that some boroughs were losing council homes at a far faster rate than others: 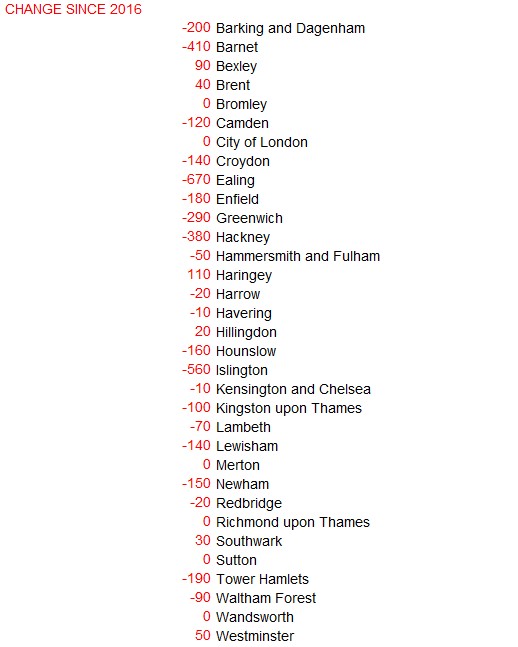 Labour-led boroughs reported some of the highest losses. These included Ealing, which lost over 5% of its total council housing stock; Hackney, down 1.7%, and Islington, down 2.2%.

Sadiq wants to get London building much more social rented housing, and so earlier this month he launched the first-ever City Hall programme dedicated to council housing, that will help get 10,000 new council homes underway over the next four years.

But the fact of the matter is that, at the same time, London is losing council homes through the national Right to Buy, and the government is failing to give councils the resources or obligations to replace any homes sold. To do all he can to help protect social housing, Sadiq’s new scheme offers councils an innovative way to ringfence their Right to Buy receipts to invest in building new homes to replace those sold in the local area.

As Mayor, Sadiq has also introduced tough new policies that, for the first time, protect any social housing that may be demolished, including by giving residents a say through ballots on schemes that want his funding. Although a true step change in the amount of social housing in London will require far more money and powers from national government, Sadiq’s efforts already mean London has started to build homes based on social rent levels again after the pipeline he inherited from the previous Mayor shamefully saw new social rented housing drop to zero.

But Berry told The Canary:

The new stats for each borough show this is partly due to speculators driving Right to Buy sales in high value areas like Islington, but the drop in council home numbers is also more acute in some boroughs with big ‘regeneration’ programmes, like Ealing and Barnet.

Responsibility for this has to lie ultimately with the Mayor. London clearly needs more powers over housing policy to put a brake on Right to Buy. But our councils also need to stop knocking down our existing homes, and our Mayor needs to do more to prevent this with the powers he already has.

Khan is going to have his work cut out if he’s going to stem the tide of London’s housing crisis. So far, his plans have not held water with politicians like Berry. And it remains to be seen if London’s Labour Mayor will be any more effective than his Conservative predecessor at restoring social housing across the capital.