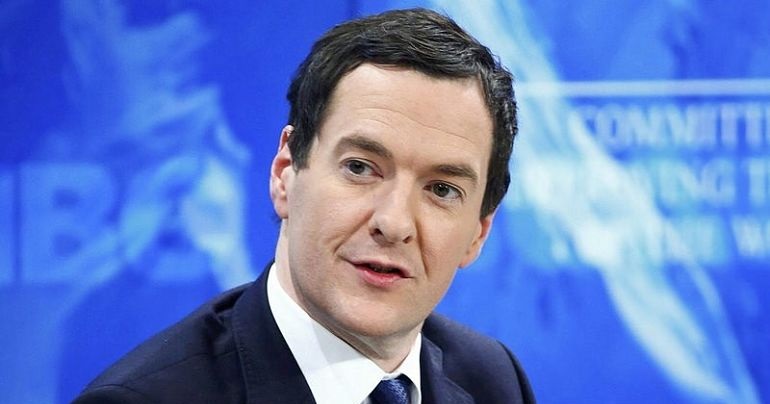 George Osborne was one of the worst chancellors in UK history. He sold off loads of Britain’s assets, cut funding for vital public services, and regularly helped the rich rather than ordinary working people.

Now, the ex-chancellor has received another appalling accolade. According to openDemocracy, Osborne has butchered the longstanding rule of ‘news’ in the UK. Because he’s reportedly offered big companies “money-can’t-buy” coverage in London’s Evening Standard for a princely sum – without the knowledge of readers.

openDemocracy claims the Evening Standard has made a £3m deal with six big companies for the “money-can’t-buy” coverage, including Uber and Google. These companies will allegedly get “favourable” reporting in the newspaper’s London 2020 project.

The project is due to launch on 5 June. And Osborne, the newspaper’s editor, is reportedly leading on it. As openDemocracy explains:

Unbranded news stories, expected to be written by staff reporters – but paid for by the new commercial ‘partners’ as part of the 2020 deal – have already been planned for inclusion in the paper’s news pages within a week of the project’s launch.

It effectively sweeps away the conventional ethical divide between news and advertising inside the Standard… with readers unable to differentiate between ‘news’ that is paid-for and other commercially-branded content.

openDemocracy says Starbucks was one of the companies to reject the Evening Standard‘s offer. A senior executive told the media platform:

Buying positive news coverage is PR death… something you might do in Saudi Arabia, but not here.

The Evening Standard has, however, denied the allegations. The commercial director at ESI Media, which produces the newspaper, spoke to the Drum. Jon O’Donnell said openDemocracy‘s claim that it is “selling news” was “grossly inaccurate and a wildly misunderstood interpretation of the London 2020 project”.

O’Donnell confirmed that the outlet has agreed partnerships with “key clients” for the project. But he said the content produced as a result of these partnerships will be “clearly identifiable” as “commercial content”.

A matter of trust

But the Evening Standard has partnered up with “key clients” before. It made a deal with the agribusiness giant Syngenta in 2017. The outlet produced some very favourable coverage of the controversial company’s “frankenfood” industry at that time. And as openDemocracy reported, on that occasion the Evening Standard did not ‘clearly identify’ that the content was related to its lucrative relationship with Syngenta by any measure.

Almost 900,000 copies of London’s Evening Standard circulate each day. And as part of the London 2020 project, the newspaper will deliver ‘news’ on its six ‘themes’ to people in the capital: on clean air, plastic pollution, schools, workplace tech and London’s housing crisis.

The Evening Standard‘s six “key clients” have paid a lot of money to help the newspaper spread that ‘news’. But, according to ESI Media, the public should trust it will be impartial, because Osborne’s newspaper has a “long history” of doing the right thing.

Given Osborne’s history, and the newspaper’s record, that’s the worst possible defence.