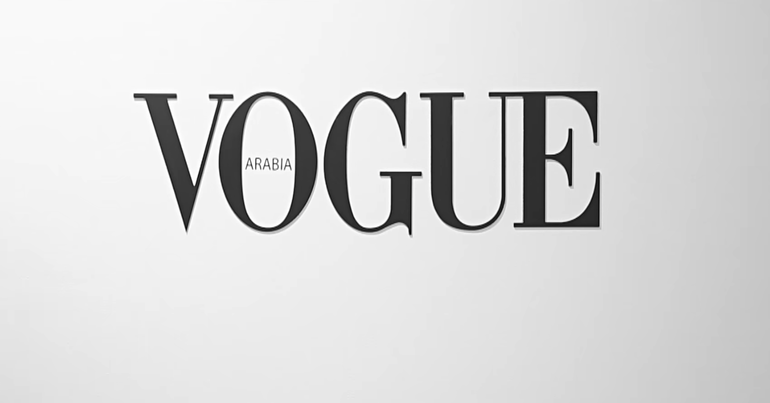 At least 11 prominent women’s rights defenders have been arrested in Saudi Arabia. These are people who’ve spent years fighting to end female discrimination, including the right for Saudi women to drive alone.

Although the driving ban is anticipated to end on 24 June, for many people in Saudi Arabia the news has been tainted by the arrests and the ongoing repression and human rights abuses in the country.

But in a final twist of the knife, the Vogue Arabia front cover has made this even worse.

This is the first Vogue edition dedicated to Saudi Arabia. It claims to celebrate “the women of the Kingdom and their wide-reaching achievements”. The cover declares it is a “celebration of the trailblazing women of Saudi Arabia”, and also features an image of Saudi princess Hayfa bint Abdullah al-Saud:

This June, the Kingdom of Saudi Arabia is putting women in the driving seat – and so are we. https://t.co/CaOwxsdQQI

But many have taken to social media to challenge this ‘celebration’:

Let's put a princess who never struggled from the driving ban on the cover. Who her family issued the driving ban in the first place, put so many women in jail for driving, and just imprisoned prominent women's rights activists who risked their life and freedom to lift the ban.

What a shameful insensitive cover! Did you know that KSA put women rights activists in jail last week? So HRH the princess can drive a car, it's okay, everything is cool in the kingdom, and let @LoujainHathloul and friends burn in hell? Shame on you Vogue Arabia and Mr. Arnaut!

There appears to be no mention of the jailed activists in Vogue‘s gloss. Yet many of them are women who fought for this princess to pose, alone, in a luxury car:

Meanwhile, at least 11 women's rights activists have been detained in Saudi in recent days https://t.co/tbK4U5iyR1

And that’s not ok. Because the harsh reality is that it’s far from a ‘trailblazing’ edition:

While the Saudi women who campaigned for the driving ban could face the death penalty, this Saudi Princess is on the magazine cover and being celebrated as "trailblazing" https://t.co/hsfW4dYdrJ

Disappointed by this Vogue. ! The real on the ground for the longest time ever to fight for women’s right to drive are imprisoned for treason on the hands of the govt that is ruled by the family that this woman on the cover that is part of.
Shame on you!

There is no independent media in Saudia Arabia, so information has been scarce. But Hala Al-Dosari, a Saudi scholar living in the US, “advocates on behalf of activists there who can’t speak freely for fear of government retribution”. She told the Atlantic:

The same day the announcement was made, the royal court made phone calls to several women who have been active in the campaign, and told them not to speak to the press, not to make any comment on the decision, positive or negative.

According to Human Rights Watch (HRW), Saudi authorities issued warnings when the announcement was made in September 2017. Seven activists were arrested on 15 May, and HRW said:

More arrests followed, and those held have also been branded ‘traitors’ and charged with treason. Activists told HRW that:

We urge the Saudi Arabian authorities to reveal their locations, and ensure their rights to due process guarantees… If, as it appears, their detention is related solely to their work as human rights defenders and activists on women’s issues, they should be released immediately.

Now, some people have fixed Vogue‘s cover. They’ve replaced al-Saud’s face with the women who are currently detained:

Hi Vogue Arabia, I fixed it for you! pic.twitter.com/HdY0Fxrv9Z

Hi guys it's the wrong woman, her the right one pic.twitter.com/I5FVAgfCfM

Indeed, these are the women who truly deserve to be celebrated in Saudi Arabia.

The driving ban is, in many ways, only symbolic. Because as Amnesty International explains, women and girls in Saudi Arabia:

remain subject to discrimination in law and practice, with laws that ensure they are subordinate citizens to men – particularly in relation to family matters such as marriage, divorce, child custody and inheritance.

So challenging a woman’s right to drive alone was part of a bigger push for feminists who have been:

organizing against Saudi Arabia’s guardianship system, under which women need the permission of a male guardian to do almost everything.

But the Vogue article doesn’t refer to the arrests. Nor does it refer to the ongoing battle for gender equality that Saudi women face. As a magazine that has claimed to champion feminism and women’s rights for over a hundred years, it should hang its head in shame.

– Join the campaign, email the Saudi embassy, and sign the petition to free the female Saudi activists.