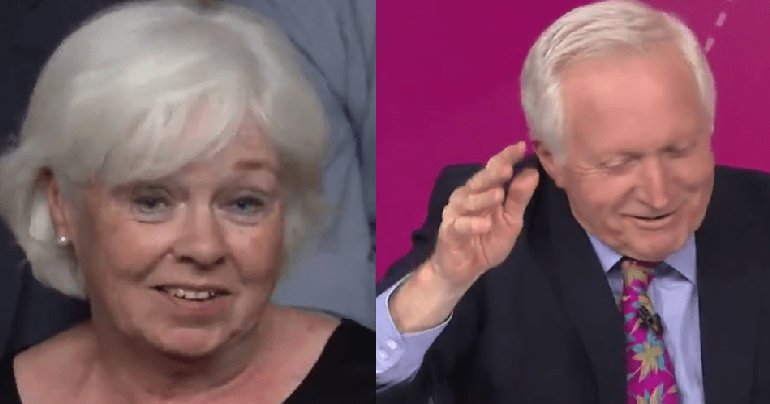 Viewers dubbed an audience member the “hero of the show” after she articulated how many Scottish people appear to feel about Brexit. The Perth resident even had host David Dimbleby laughing over her unapologetic delivery:

I find it incredible that there is so little knowledge of what is going on in Scotland, and the feelings that are about in Scotland… Scotland is quite angry in the way that we are being ignored in the Brexit negotiations… Our government that we voted for is being ignored, and side-lined, and treated as if they were non-entities.

Questioned on what should change, she replied:

For instance, we voted two thirds to remain in the EU, and we were lumped together as this country ‘Britain’. We are not a country. We are countries. And we should be respected as separate individual countries…

Scotland voted to remain in the EU by 62%. And every council area voted against Brexit. Sparking laughter, the woman went on to say:

I get very annoyed.

The audience member also spoke out about what she sees as a double standard on the self-governance of countries:

to be honest, surely it’s every country’s right to self-determination. If I asked every panellist that question, I bet they would say ‘yes’ – but not Scotland.

The audience member and other pro-independence Scots feel that they’re unrepresented at Westminster, especially when it comes to issues like Brexit. They want the right to govern themselves.

– Check out Inform Scotland, the campaign to expose the dramatic anti-independence bias at the BBC.