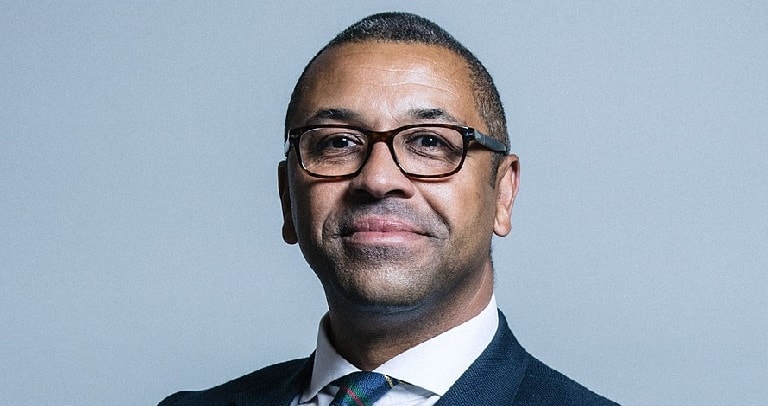 The MP for Braintree said:

Those Labour women who are pointing at Theresa May, a highly successful women in a traditionally man’s world, and trying to undermine her over abortion rights in a devolved part of the UK should ask themselves “am I a proper feminist?”

Cleverly appears to be arguing that women are not feminists if they don’t support May. Even if the prime minister refuses to speak out against an abortion ban in the UK.

Regret to inform that I am not a feminist because I am *checks notes* not supportive of Tory PM Theresa May and must defer to the well known feminism expert *squints* Tory MP James Cleverly 🙄 https://t.co/5OcI3l3WSa

Don’t you just love being asked if you are a proper feminist , by a man. https://t.co/6aoJGhRcV6

Cleverly later admitted that he doesn’t know what a feminist is.

“DUP have her over a barrel”

Recently, residents in the Republic of Ireland voted overwhelmingly to repeal its abortion ban. This put pressure on May to challenge a similar ban in Northern Ireland, part of the union she governs. But the PM refused, with a spokesperson claiming:

This is a devolved matter. It is important to recognise that the people of Northern Ireland are entitled to their own process which is run by elected politicians.

The ruling Conservatives rely on the Democratic Unionist Party (DUP) for their slim majority in parliament. So people think May might not want to challenge the DUP on such an issue:

You are full of shite Cleverly. May is a coward because she knows the DUP have her over a barrel as they prop up your rotten government. The DUP used the petition of concern which forced Stormont to collapse to stop us having a say in our own future.

And the case against ‘feminist’ May goes beyond the abortion ban. Because the prime minister’s record isn’t exactly Emily Davison’s memoirs:

Having a woman in even the highest office does not equal an outright feminist victory. Nor will it automatically solve structural inequalities, as Cleverly seems to suggest.

The gulf between May and actual feminism has now led to this viral tweet:

It appears that maintaining good relations with the extremist DUP is more important to May than female reproductive rights. Yet Cleverly claims that you’re not a feminist if you don’t support this Conservative prime minister through thick and thin-skinned attitudes on women’s rights. Frankly, it’s beyond parody.

– Support Marie Stopes, the leading provider of sexual and reproductive health services in the UK.

– Support the Fawcett Society, which fights to end the pay gap for women.