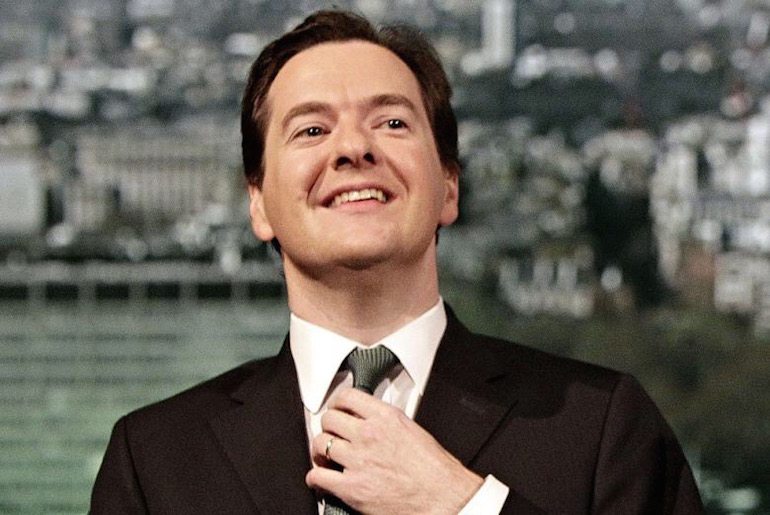 George Osborne’s most recent budget was slammed by everybody from Jeremy Corbyn to Iain Duncan Smith for giving cash to the wealthy at the expense of those who need it most. Now new research has shown that the government hands out almost as much to the UK’s top earners each year as it does to the poorest – and by 2020, it may well be giving the richest more.

New analysis from the Fabian Society shows that, as a result of Osborne’s economic policy over the past six years, the UK’s top fifth of earners now receive almost as much in ‘handouts’ as the poorest fifth, if tax breaks like the rising income tax personal allowance are taken into account.

The society analysed “all the major sources of social security and shadow welfare [tax reliefs] for non-retired households” for 2013/14 and found that the top 20% of earners received £9,400 in tax allowances and welfare benefits, just shy of the £10,200 received by the bottom 20%:

These calculations reveal that the UK already has a near flat system of public income support for households, once tax reliefs are taken into account.

And by 2020, if the government sticks to its manifesto pledges, the top fifth of earners may overtake the bottom fifth:

[The figure for the top earners] will also climb over the rest of the decade as tax breaks rise so, with safety net benefits frozen, we could end up giving more to the top quintile than the bottom.

But both welfare cuts and tax breaks amount to lost revenue for the Treasury, he says. So, in the context of austerity and deficit reduction, the comparison is a revealing one.

It suggests, as if more evidence were needed, that cutting support for disabled people, the working poor and others who most need it has not been about deficit reduction at all. Rather, it has been about quietly channelling money into the pockets of Britain’s wealthier people – coincidentally, the very same people who are more likely to vote Conservative.

How will we deal with the debt crisis unless we understand that we are all in this together? … Collective strength will overpower our problems.

Leaving aside the fact that our economic problems have been in no way overpowered, it turns out there has been no collective effort to address them at all. Instead, there has been a massive transfer of wealth from the poorest to the richest. The result is a country in which social mobility is reversing, the government is being investigated by the UN for violating the rights of disabled people, half a million children have been put into absolute poverty, and the elderly are experiencing the biggest leap in death rates since the second world war – all while the 1,000 richest families have more than doubled their net wealth.

This attack on those in need in order to line the pockets of the wealthy has proved too much even for some Conservative MPs, creating an ideological crisis at the heart of the conservative movement. As a result, Osborne’s policies are increasingly being exposed for what they really are among an ever widening section of the electorate – bad news indeed for Osborne.

– Write to your MP to express your views.
– Pledge to take direct action.
– Support The Canary so we can keep holding the powerful to account.