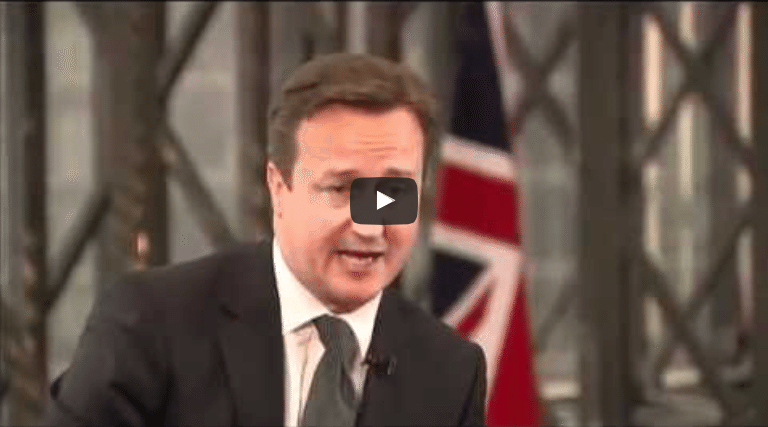 As David Cameron’s father is exposed as a serial tax avoider by the release of the Panama Papers, the Prime Minister’s 2012 comments against the tax avoidance of comedian Jimmy Carr have come back to haunt him.

Speaking in 2012, Mr Cameron was unambiguous in his opinions on wealthy people who hide their cash in tax havens to avoid paying their fair share at home. Carr was paying just 1% on the £3.3m he had stashed offshore, and and Prime Minister said at the time:

“I think some of these schemes – and I think particularly of the Jimmy Carr scheme – I have had time to read about and I just think this is completely wrong.

“People work hard, they pay their taxes, they save up to go to one of his shows. They buy the tickets. He is taking the money from those tickets and he, as far as I can see, is putting all of that into some very dodgy tax avoiding schemes.

“That is wrong. There is nothing wrong with people planning their tax affairs to invest in their pension and plan for their retirement – that sort of tax management is fine.

“But some of these schemes we have seen are quite frankly morally wrong.

However, in the wake of the Panama Papers leaks which exposed his own father as having protected his company from paying tax in the UK (despite its investors and operations being based here) for 30 years – David Cameron struck quite a different chord.

As my colleague Carlyn Harvey reported on Monday:

Responding to a question about whether the Cameron family still has money stashed offshore, a Downing Street spokesperson explained that the family’s alleged links with overseas accounts are a “private matter”.

This heinous double standard has not gone un-noticed by the UK public, many of whom took to social media to point to it.

Look. Tax is for the little people, the serfs, the plebs its not for me and my rich mates. Got it? #PanamaLeaks pic.twitter.com/djl17Obf30

@David_Cameron are we *really* all in it together? #PanamaLeaks

The Prime Minster is facing mounting criticism, even from elements of the mainstream media, for his lacklustre response to the crisis. With a party fracturing over the EU, his axeman Iain Duncan Smith resigned, the collapse of UK steel, and a summer of joint action from teachers and junior doctors ahead – isn’t it time that the Prime Minister admitted his goose is cooked?

Write to your MP to encourage them to raise this issue in parliament.

Support The Canary so we can continue reporting on these developments.