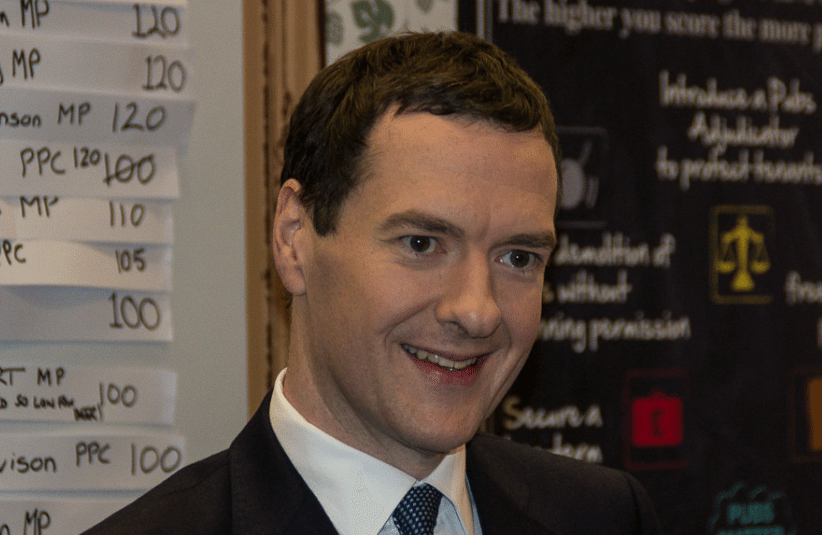 George Osborne has broken a record so astonishing, that it will mean he is likely remembered as the worst Chancellor in UK history. After six years of his austerity programme, the current account deficit of the UK is now at its highest and worst, since records began.

As The Independent explains:

The current account deficit refers to the money coming in and going out of the UK economy. It’s different from the government fiscal deficit, which is the difference between what the Government earns in taxes and its expenses. George Osborne has promised to cut the fiscal deficit by 2020 although that is looking increasingly unlikely.

When George Osborne launched his austerity programme in 2010, he promised short term pain, in return for long term economic stability – stating that the country’s deficit would be closed by 2015.

After six years of crushing austerity, the UK’s current account deficit is not only worse than it was in 2010, it is worse than during ANY period since records began in 1955. Furthermore, the Chancellor continues to miss his own targets on reducing the fiscal deficit (taxes versus spending), all while clocking up more debt in his first three years in parliament than even New Labour managed to in the previous 13.

That is the kind of performance that puts a Chancellor in the history books, front and centre, as a cautionary tale.

But it’s not the only record that Osborne has broken. By the end of this financial year, he will also have sold off more public assets than any Chancellor in UK history – outperforming the most ruthless privateers of the Thatcher era.

Mr Osborne has privatised £37.7bn of public assets since becoming Chancellor in 2010, and is scheduled to fire sell another £20bn by the end of the current financial year.

To put this in some historical perspective, the combined privatisation of Margaret Thatcher’s most prominent chancellors, Geoffrey Howe (1979-1983) and Nigel Lawson (1983-9) amounted to £55.8bn (in today’s money) between them over a decade. Osborne will have sold £57.7bn in just six years, and he has the rest of this five year parliament to continue his plans, with zero internal opposition.

Thatcher’s final Chancellor, John Major, sold a further £9bn of public assets. This means it is not only possible, but likely, that David Cameron will have privatised more public assets upon leaving office than any Prime Minister in UK history.

Since 2010, Cameron and Osborne’s fire sale has included:

As my colleague James Wright explained when news of the RBS loss came through:

The £22bn we are set to lose from RBS shares could pay for either:

This is the reason that Len McCluskey, General Secretary of trade union Unite, has described Osborne’s 2015/16 asset sell-off as “the sale of the century”.

For the duration of Osborne’s time as Chancellor, he and David Cameron have pursued an ideological assault on the public services and the welfare state. While cutting life-critical funding to support people dealing with sickness, disability, old age, and in-work poverty due to poor labour conditions – the government has slashed taxes to wealthy individuals and corporations, while selling them the nation’s assets at bargain basement prices. Not only does this mean the taxpayer losing out on the profits available from the sale, but also their cost of living rising exponentially as formerly non-profit public services become profit-making cash cows for private interests.

This will be the legacy of George Osborne. A toxic one indeed.