Why don’t we have a Zika vaccine after 60 years ? - The Canary 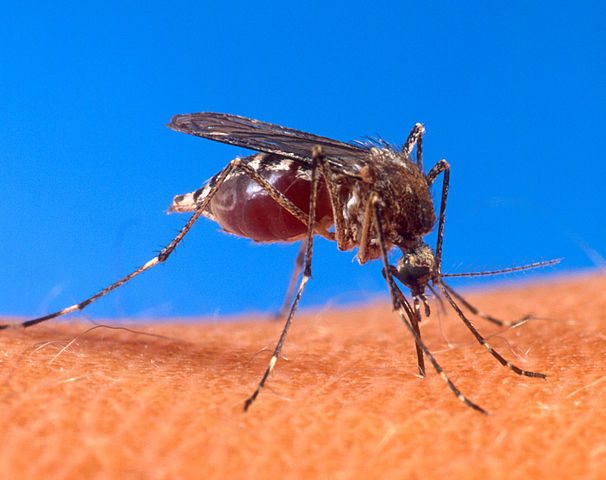 The Zika virus has spread like wildfire these last few months and authorities are trying at all cost to find a solution that would limit this worldwide epidemic. Scientists have known about the virus for more than 60 years now, so why haven’t they found a cure or a vaccine already, when some of the Zika’s closely related cousins such as yellow-fever have already been dealt with? Here is where you need to keep your priorities straight.

The Zika virus , has recently made the news and not in a good way. After it was linked to several cases of foetal microcephaly – a congenital anomaly where the foetus is born with a cranial cavity smaller than average due to an inflammation of the foetal brain – and to Guillain–Barré syndrome – an autoimmune disorder that causes temporary paralysis – the World Health Organization (WHO) declared the virus a public health emergency of international concern on the 1st of February this year.

With over 1.5 million people infected since May 2015 in Brazil alone, one might think, the virus is new to researchers. However, it was first discovered in 1947 in a sentinel monkey, Rhesus 766, that was being used to monitor for the presence of yellow fever in the Zika forest of Uganda. So why haven’t we found a treatment or a vaccine for this little bugger yet ?

Before the impressive outbreak, the Zika virus had been little more than a scientific curiosity – only about 20% of those infected seemed to show symptoms and for those that do, the disease is usually mild and can last for up to one week. Nothing to worry too much about then, anyway, not enough to spend the US$160-500 million it costs to develop a vaccine.

Other severe and potentially fatal mosquito-borne diseases such as malaria, dengue, and West Nile virus also affect millions of people each year and have been a much higher priority. Now, however, the Zika virus, is a ‘bit’ more troublesome and researchers are rushing to find something to slow down the epidemic.

But even now with of the newfound attention, no vaccine is likely to be available before at least 18 months according to the WHO.

Researchers have already developed highly successful and efficacious vaccines against several the Zika’s virus cousins such as yellow fever and Japanese encephalitis viruses. Therefore, equivalent vaccine for Zika could be quite quick to develop explains Anna-Bella Failloux, entomologist and head of the Arbovirus and vector insects unit at the Pasteur Institute in Paris to Understanding Animal Research:

Though quickly developing such a vaccine is rarely simple, in this case vaccine production could be quite straightforward. Because the virus can only infect an individual once before it gains lifelong immunity, a “weakened” form of the virus could be enough to induce a protection.

Now that the structure of the Zika virus was discovered and could help provide the necessary insights for the development of vaccines, the next step to make a vaccine, is to find an appropriate animal model. Several research institutions and companies have vaccine and drug candidates nearly ready to test, but until now a mouse model – a critical stage in preclinical testing – has not been available. Researchers at the University of Texas Medical Branch, announced the first peer-reviewed publication of a mouse model for Zika infection reported in decades, genetically altered to have a deficient innate immune,  – just what vaccines were waiting for.

Several companies are already boasting about their prowess against the devil virus.

Inovio Pharmaceuticals of Plymouth Meeting, Pennsylvania, apparently already has an experimental Zika vaccine containing nothing more than a plasmid made of Zika genes. With the help of an electrical zap on the skin, the plasmid goes directly into human cells, which then make Zika proteins that stimulate the immune system. CEO Joseph Kim says his team already has begun tests in mice.

The National Institute of Allergy and Infectious Diseases’ director, also involved in a vaccine trial thinks animal studies could be completed in a few months and small human studies to evaluate safety and immune responses could begin by the end of 2016. Same goes for the Porton Down bio-labs in Salisbury, UK, who believe they can have a vaccine ready in 3 to 4 years.

However getting a vaccine approved and supplying millions of doses could take the resources of a major manufacturer. Of the four big pharma companies that make vaccines, only Sanofi Pasteur of Lyon, France—which produces all three existing flavivirus vaccines — has launched a Zika program, though the others say they are watching the field closely.

However, researchers need to keep something in mind : humans can only be infected once in their lifetime by the virus, after which they are immune to it for life. Wouldn’t it be awkward, says Professor Failloux, if:

by the time the vaccine is available, the South American population has already become partly immune to the virus, just like in other worldwide populations, making the vaccine – well – less useful.