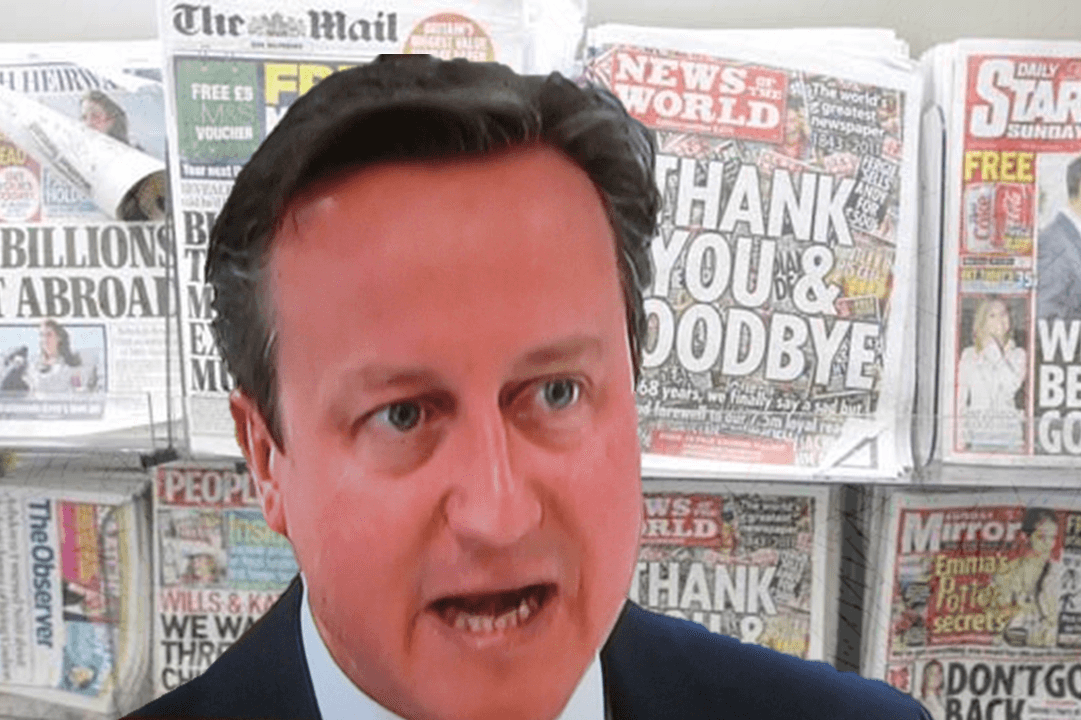 All the calming benefits of David Cameron’s “time to think” sunshine break in Lanzarote seem to have worn off in no time at all as he reportedly lost his cool during a briefing with the UK press, less than 48 hours after the end of his holiday.

The Prime Minister was “bad-tempered” and “red-faced” as he lashed out at reporters who had followed him to Washington, where he was attending the Nuclear Security Summit. In a bizarre turn of phrase, he accused them of “setting each other’s hair on fire”.

Before the Easter recess, Cameron had complained to Tory colleagues about the pressures of the “ultra-fast news cycle”. He then jetted off, leaving behind a veritable ‘easter egg’ in the form of the sneaky privatisation of the Land Registry.

His holiday wasn’t quite as relaxing as it might have been however, as he drew criticism for not heading to the Lake District (despite encouraging everyone else to go there and help the region recover from the winter floods). He didn’t even go to any of the numerous other areas of Britain which he claims to love so much. Mind you, plenty of people in the UK were happy to see the back of him – over 40,000 signed The Canary’s spoof petition to ban him from returning.

Having no doubt attempted to cleanse his brain of George Osborne’s catastrophic budget, the subsequent resignation of Iain Duncan Smith, his government’s persistent bungling of the steel crisis, or the threat of increased strike action from doctors and teachers, Cameron realised there’s one issue from which no Tory can ever hide.

The press pack suggested Cameron had been sidetracked by the EU referendum debate and perhaps in particular by his rivalry with Boris Johnson. Whether it was the effect of a transatlantic flight, too much sun, one cerveza too many, simple frustration or the kryptonite-for-Tories impact of “Europe”, the PM snapped.

“I think you all spend too much time reading each other’s newspapers,” he began. Probably not unreasonable. But then he lapsed into gobbledegook.

You all go around setting each other’s hair on fire and getting very excited about this but it’s all a lot of processology.

It would be premature, and harsh, to suggest that Cameron has lost his grip, based purely on one outbreak of linguistic whimsy. It does perhaps indicate a leader painfully aware of the precariousness of his position and possibly paranoid that, like his predecessors, his slide from Number 10 to the Conservative back benches will be greased by disharmony over Europe. Perhaps he should do himself, and the country, a favour and take an indefinite period of “time to think”. I’m sure Lanzarote would have him back.