The DWP press office just tried to promote a Conservative victory, but Twitter wasn't buying it - The Canary 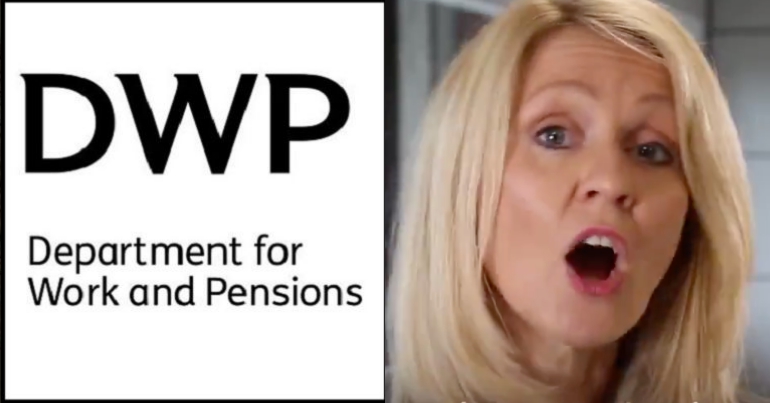 The DWP press office attempted to promote a victory for the Conservative Party on Twitter. But it didn’t go according to plan. Because Twitter users were quick to point out everything that was wrong with its statement.

Work and Pensions Secretary @EstherMcVey1 welcomes today's @ONS figures that show the number of workless households is falling and explains the difference it makes to children pic.twitter.com/WrpH0FINiE

Speaking about the number of children now growing up with one or more parents working, McVey stated:

That is really great news.

But as Twitter users pointed out, there was one small problem with McVey’s argument:

well done taking children from workless poverty & putting over 3mln of them into in-work poverty,
poverty by any other name's still poverty,

The number of children growing up in poverty shames you as a government and a party. I can't believe you are trying to spin this as good news.

According to figures from the TUC, the number of children growing up in poverty in working households has increased by one million from 2010. In total, 3.1m working households are estimated to be in poverty. 600,000 of these children have been forced into poverty due to public sector pay and in-work benefit cuts.

Years of falling incomes and benefit cuts have had a terrible human cost. Millions of parents are struggling to feed and clothe their kids. The government is in denial about how many working families just can’t make ends meet.

OK, so maybe more than just one problem…

McVey further opined that the government is:

Twitter users, however, wondered how increased food bank use fitted with this statement:

What a load of clap trap, been to any food banks, been to schoolswhere food is brought into schools to feed children, zero hours contracts. No security.

Research from the Sheffield Political Economy Research Institute shows that 70% of food bank users have children, in comparison to 42% of the rest of the population. And 31% of two parent families and 21% of single parent families needing to access food banks included a working adult.

Speaking about the research, chief executive of the Trussell Trust Emma Revie said:

As a nation we value justice and compassion, particularly for our children. But this research shows families across Britain are locked in poverty, with income so low they are unable even to afford to put food on their children’s plates. These findings are particularly concerning when we are braced for further real-terms reductions in the very working age benefits that should be protecting these families and children from poverty and hunger in the first place.

As Twitter users also highlighted, the Conservatives’ flagship benefit, Universal Credit, is a major cause of food bank use:

Because universal credit is not covering the cost of rent and so on, so people are losing their homes. Universal Credit is a discriminating vicious tool to destroy people lives.

And even more problems…

But this was not the end of the problems Twitter users found with McVey’s video:

The number of households are in work are due to zero hour contracts which provide no guarantees and no security.

Others had a simpler response:

Under the Conservative government, 3.1m working families are estimated to live in poverty. The DWP, meanwhile, has caused suffering and misery for claimants everywhere. McVey and her department should hang their heads in shame for even attempting to spin these figures as good news.