Osborne's 'hammer blow' for tax havens is a joke, as this parliament vote proves - Canary 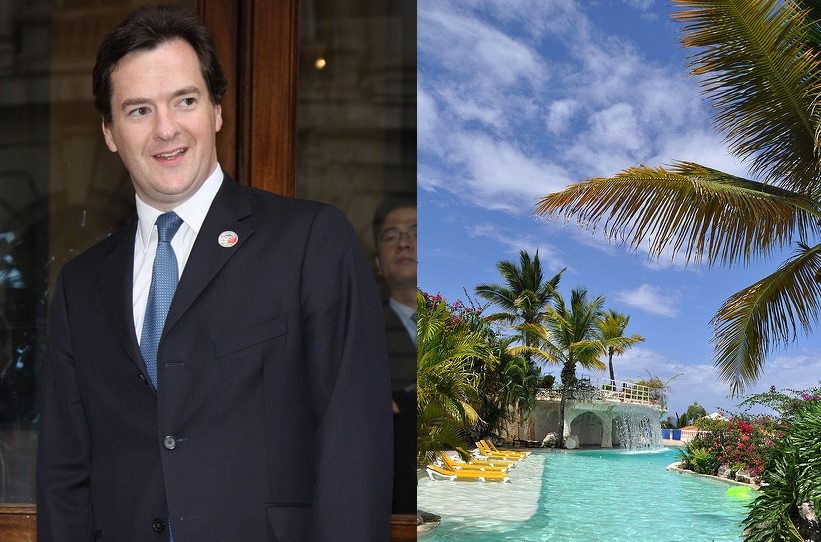 On Thursday, George Osborne attempted to revive his government’s ailing reputation on the Panama Papers tax scandal. The Chancellor announced that he, and his EU counterparts, will implement measures that deliver a “hammer blow” to tax evaders.

However, conspicuously missing from Osborne’s gloating was the hammer blow delivered by his own party’s MPs on Wednesday to a proposal demanding a public inquiry into the Panama Papers revelations.

The motion was proposed by Shadow Chancellor John McDonnell. He argued that the Conservative government’s current investigative plan to tackle the scandal is inappropriate because:

The Government’s proposed taskforce will report to members of the Government, the Chancellor and the Home Secretary, who are members of a party funded by donors featured in the Panama papers. To have any credibility, the inquiry must be fully independent.

Osborne failed to attend parliament for the vote. But Tory MPs came out in force, and every single one of them voted against the motion.

Faced with the possibility of an independent, public and credible inquiry, the Tories gave a resounding ‘No’.

Many Tory MPs argued that the government is already doing enough. But, as McDonnell noted, this rhetoric rarely stands up to scrutiny:

In public view, here in London, its party leadership has made loud and repeated noises about tax avoidance, yet its MEPs in Brussels have voted six times, on instructions from the Treasury, to block the EU-wide measures against tax avoidance.

As we have heard in evidence this week, the Prime Minister lobbied the EU Commission in 2013 to remove offshore trusts from new tighter EU regulations on avoidance.

while there is much talk of a ‘crack down’, the action taken by the government falls far short.

Espley highlights that the UK government’s ‘anti-avoidance rule‘, introduced in 2013, actually “gave the green light” to tax practices that were previously considered dubious. He also notes that they were responsible for “watering down” the Controlled Foreign Company rules in 2012. These changes have been widely criticised for both a loss of tax income for the UK, and a substantial loss of crucial revenue for developing countries.

But, unfortunately for the UK public, big business is the financial backbone of the Conservative party. And, as Steve Topple, writing for Common Space, identifies:

While policy maker’s hands are kept less than clean on the unfathomably huge problem of offshore tax avoidance and evasion, and corporations frantically pull the strings of these puppets, how much trust can we place in our elected representatives to enact meaningful change on this issue?

Meaningful change would require the Conservative party to bite the hand that feeds them. And a transparent public enquiry would reveal the extent to which the Tories are beholden to their corporate masters. During the debate on the motion, Conservative MP Kwasi Kwarteng questioned whether ‘transparency’ was the way forward, commenting:

I feel that the electorate has reached the point where transparency may not necessarily lead to greater trust.

He has a point. The information that would likely arise from a public inquiry could further diminish trust in the UK government. But it would also provide the necessary knowledge to fix our unfair tax system. What Kwarteng fails to realise is that ensuring that happens would help restore faith in the political class.

Phillip Lee, another Conservative MP, dismissed McDonnell’s proposals as “some sort of socialist utopia”. But all McDonnell is actually demanding is an open, democratic, and fair society. Surely that would be better than the crony-capitalist utopia we’re currently living through.

Take action for tax transparency with War on Want.

Write to your MP to call for a public enquiry into the Panama Papers revelations.

Support The Canary so we can continue to provide this important news.