Two years after the failed Chicken Coup, Owen Smith is reminding everyone why he lost - The Canary 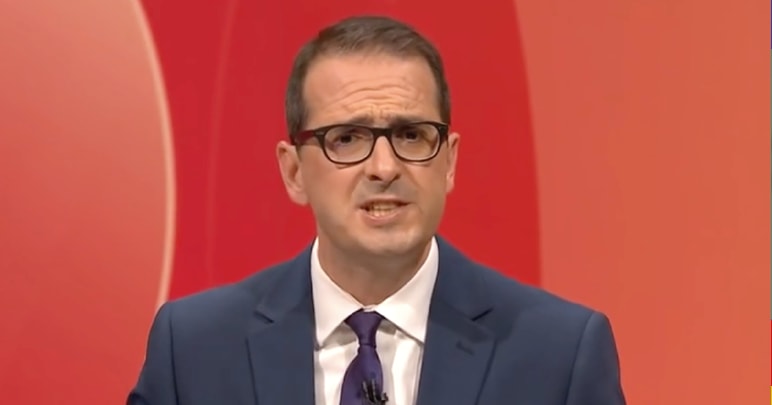 In 2016, the so-called Chicken Coup saw Owen Smith trying to replace Jeremy Corbyn as Labour leader. It followed several months of the media and politicians dismissing Corbyn and his supporters as ‘naive’, ‘trots’, ‘entryists’, etc.

The Chicken Coup was a disaster, and actually saw Corbyn increase his vote share. As it turned out, what people wanted were new ideas and actual policies. What they didn’t want was to be labelled ‘trots’ for daring to want something better.

This was obvious to most people. And yet, nearly two years after the Chicken Coup, Smith is showing he still doesn’t understand what went wrong. 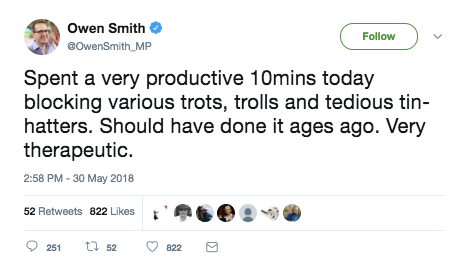 There’s nothing wrong with blocking people on Twitter. Smith has made a few mistakes in his approach, though. We’ll explain those mistakes in detail, so hopefully he can use this as a learning experience.

Firstly, the idea that the Labour Party was infiltrated by Trotskyist entryists hasn’t really panned out. As such, repeating the term ‘trots’ makes you look like a bit of a ‘tin-hatter’. It’s also seen by many as meaning ‘anyone who disagrees with me’; a notion that Smith has done little to disprove:

Another problem is that it just looks a bit childish: 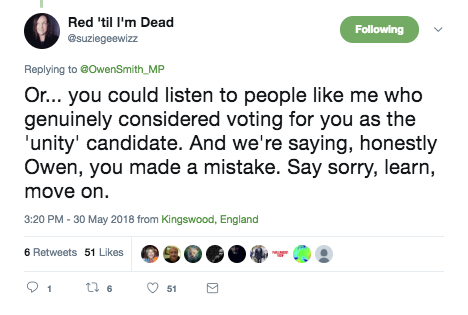 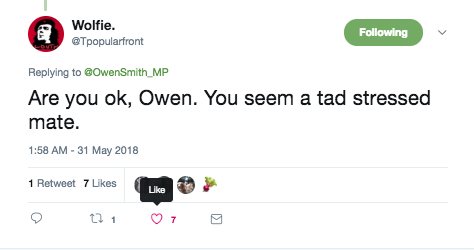 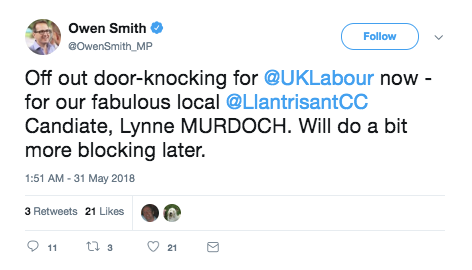 Twitter is notorious for dragging people down to its level. If you’re an MP who can’t manage to tweet without coming off like a low-level ‘troll’, maybe it’s time to log off? Especially as your constituents can see how you’re behaving: 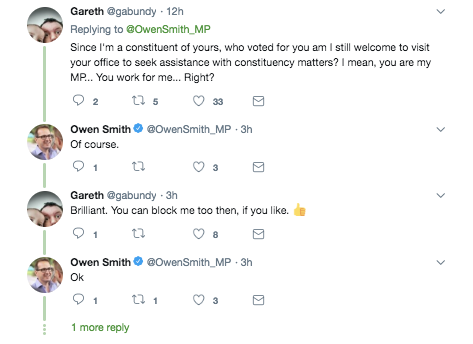 It’s also worth remembering that drawing attention to your blocking will ultimately draw attention to the sort of people you deem blockable: 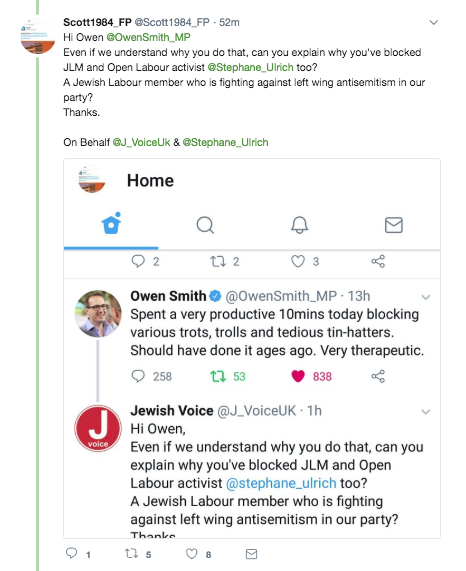 And another problem could arise from the following complaint: 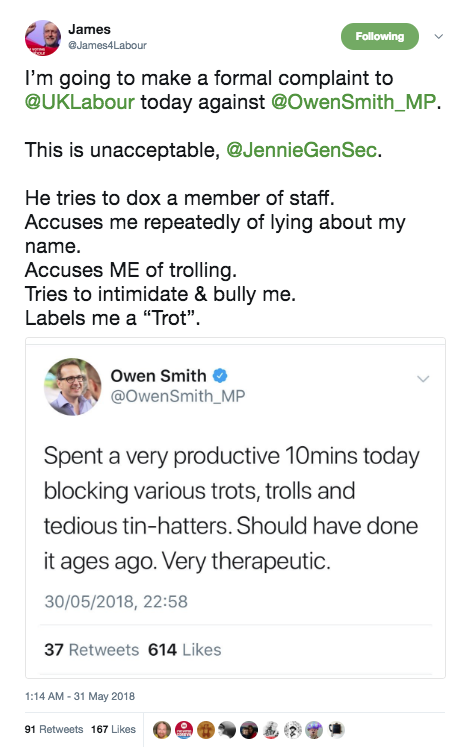 A complaint which comes off the back of Smith recently accusing a Twitter user of being part of John McDonnell’s staff:

Hey, someone told me this evening that you are James Mills who works for John McDonnell. Haven’t you got some proper work to do, James?

Haven’t you got something better to do with your time?

I’m sure the good folk of @johnmcdonnellMP’s office aren’t foolish enough to use the same name if they were operating undercover.

You actually think this is an appropriate way to raise an issue about someone you have been “told” is a staff member? What if what you have been told is not true ? Or if it is true public shaming of Party staff? Really?

As bad as this looks, there’s still a chance for politicians like Smith to turn it all around. Calling people ‘trots’ and acting tough on Twitter has got them nowhere: it’s time they actually come up with some ideas on how to improve the country.

After all, they’ve had nearly two years since the Chicken Coup. Has that not been time enough?