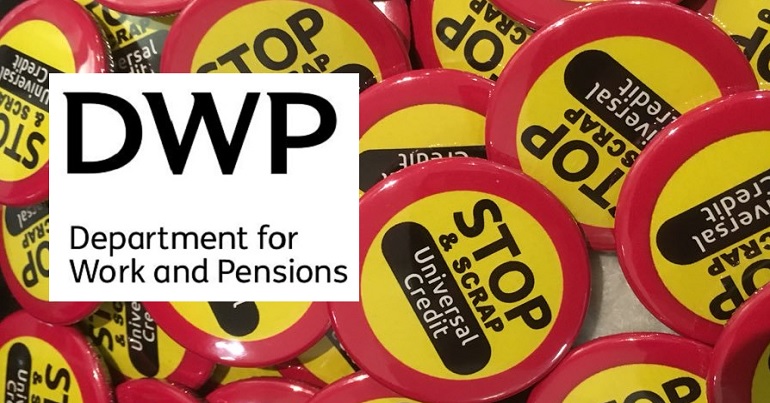 The Department for Work and Pensions (DWP) has been criticised by parliament for a “disturbing front” that is opening up on the front line of the roll-out of one of its most ‘brutal‘ reforms: Universal Credit.

The Work and Pensions Select Committee has published a report into the DWP’s treatment of domestic violence survivors claiming Universal Credit. It took evidence from front-line DWP staff who are members of the Public and Commercial Services (PCS) union. Overall, both the committee and the PCS were critical of the DWP’s current approach to domestic violence survivors. This was particularly in the context of Universal Credit’s ‘single household payment policy’; that is, all the money goes to the main claimant.

Training for staff who may have to deal with claimants experiencing domestic abuse is not adequate and in some cases does not exist.

[W]e believe that the fundamental problem is in the design of Universal Credit in that allows [sic] an abusive partner such extensive control of so much of a household’s income.

An “astonishing lack of understanding”

The latter part of its evidence rings true with what other organisations have said. As campaign group Sisters Uncut noted in 2015, Universal Credit means:

Abusive partners will be able to claim all benefits entitled to both of a couple… It will make victims/survivors of domestic violence significantly more vulnerable to economic abuse and financial dependence on their partners.

When challenged on this, ministers have stated that in cases of domestic violence, victims will be able to request to have their claim separated from their partner – this shows an astonishing lack of understanding on the part of the government about the dynamics of abusive relationships and the risk to the victim/survivor that may result from such a request.

Indeed, as the committee noted:

A split payment… is not necessarily helpful or indeed realistic or safe to implement. The claimant would need to be able to ‘explain’ the reason for a split payment to the abusive partner, and would need to set up their own bank account – difficult in itself – in order to receive the money.

Overall, campaign group Disabled People Against Cuts (DPAC) has extensively detailed its concerns over Universal Credit. These include:

The DWP: enough is enough

The DWP told The Canary:

Abuse in any form is completely unacceptable and that is why we make sure all our staff are well trained and supported to help vulnerable people. We have specialist teams in every Jobcentre including those who can support victims of domestic violence and staff do everything they can to make sure people fleeing domestic abuse get the help they need as quickly as possible. That includes enabling urgent payments to be made for collection within two to three hours and transferring a person’s claim to a different Jobcentre.

Previous legacy benefits were also paid to one account and there’s no evidence that paying into one account increases the risk of domestic violence.

But the DWP has left Labour MP Frank Field, who chairs the Work and Pensions Select Committee, unimpressed. He said:

Another disturbing front is opening up in the implementation of… Universal Credit.

Up until now, the focus has been on how brutally some constituents are treated… Now we have the views from the other side of the counter… civil servants…

The lack of training and expertise at the front line in [Jobcentres] is a thread running through all of our benefits inquiries – and now it is becoming apparent to the public how this is leaving them unprepared to deal with the most vulnerable claimants.

The evidence that Universal Credit is failing catastrophically continues to mount. But for domestic violence survivors, its impact could be potentially life-threatening. It is surely time for the government to listen and take action.