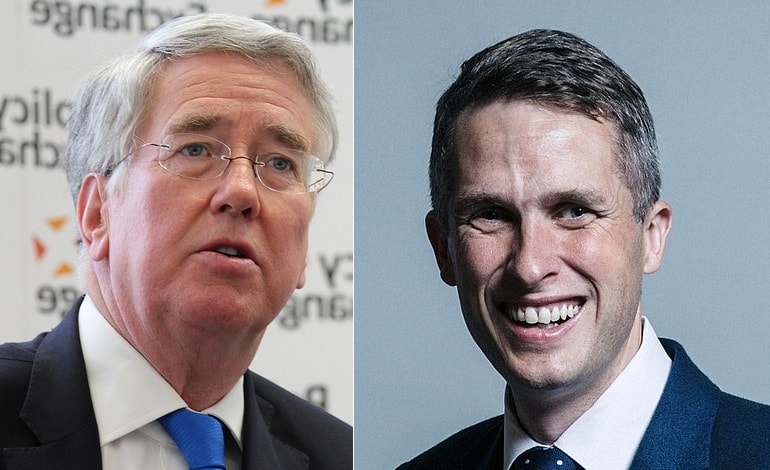 People have noticed something “truly astonishing” about how Chief Whip Gavin Williamson has become Defence Secretary:

Make no mistake, Gavin Williamson wants to be prime minister. And he knows all the dirt on his colleagues.

‘He knows where the bodies are buried’

Journalists and members of the public are suggesting that Williamson has ‘the dirt’ on his peers:

Tarantula man Gavin Williamson as May's Defence Secretary promotes a shadowy Chief Whip who knows where bodies are buried. He buried them

The behaviour of Conservative MPs is ‘used against them’

got a little black book, they keep it to the side, they write down anybody’s indiscretions and they use it against them.

Defence Secretary Michael Fallon resigned because of his own ‘indiscretions’. While the precise reason is unknown, some have suggested that the allegations go beyond the widely reported story that Fallon once touched a female journalist’s knee. Indeed, a government colleague reportedly had to separate a “visibly drunk” Fallon from a female Russian spy at a party in 2013, according to The Daily Mail.

The information is held by the whips, because they use it to make sure that MPs know that other people within the party know exactly what they’ve been up to, and that behaviour either is not acceptable, or it will be used against them – you will vote in a certain way or we will tell your wife exactly what you’ve been up to.

A leaked dossier accusing 40 serving Conservative MPs of inappropriate sexual behaviour recently shone a light on the extent of the scandal.

Now that the Chief Whip has been promoted to Defence Secretary, Sky political correspondent Lewis Goodall has described the appointment as “truly astonishing”.

So. The chap who sat on the dossier of indiscretion is the new Secretary of State for Defence. I won’t reveal the words used in the newsroom

The Canary offered Williamson space to comment, but had received nothing by the time of publication.

Given that people think Williamson has ‘the dirt’ on colleagues, his ascent to Defence Secretary has been compared to the TV show House of Cards. There is no evidence that he has used allegations of sexual misbehaviour to help get himself one of the top jobs in government. But the fact that this opinion is so widespread amongst Westminster insiders is very concerning.