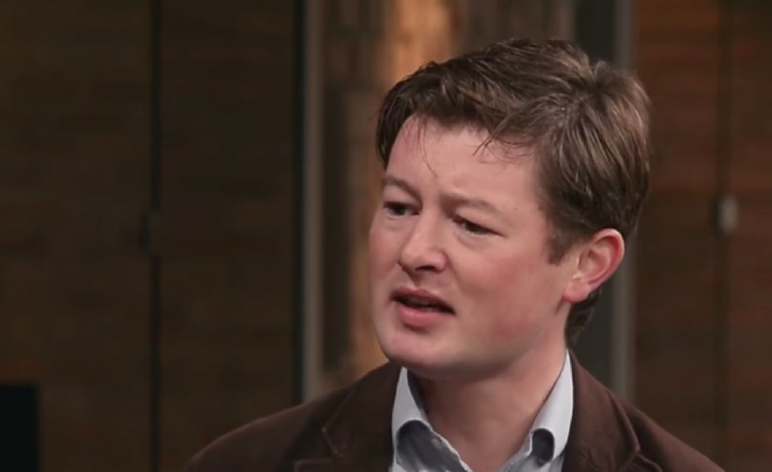 On Thursday 19 October, GQ severed ties with its political correspondent, Rupert Myers. This came in the wake of allegations of sexual harassment against Myers – allegations he hasn’t denied.

Myers left Twitter following the incident. But he has since returned, and appears to be keying himself up for a ‘rebrand’. A move which people are advising him against.

The allegation that led to Myer’s disgrace originated on Twitter:

Ok, here goes. I haven’t told this story because I listened to the voice that told me it “wasn’t that bad” or “worth talking about”… When I moved to London, I wanted to make friends. I met [Rupert Myers] on Twitter and agreed to go for what I thought was a friendly drink. I was very clear about not being romantically or sexually interested in him, once the subject was raised. I suggested we be mates. He said “I’ve got enough mates, I’d rather fuck you” and forced himself on me outside a pub in Fitzrovia.

Marie Le Conte, who originally raised concerns with Myers, later claimed to have received 49 allegations against him:

After posting my thread, I received 49 (I've just counted them) messages from women containing allegations about Rupert. 49.

Myers apologised via Twitter, although his original apology was in itself criticised: 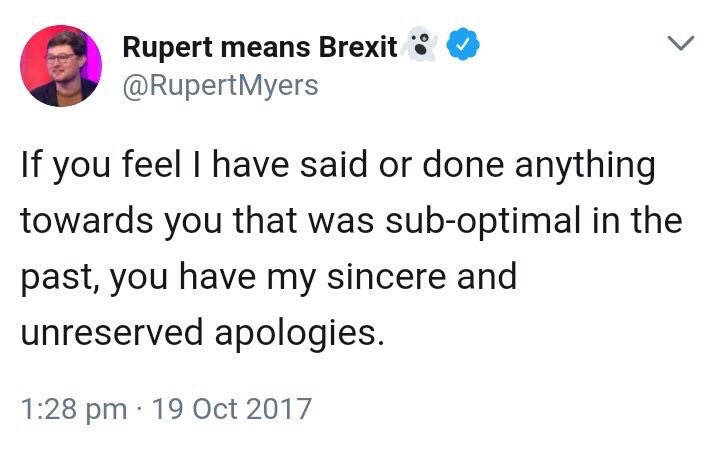 The first tweet was deleted and replaced by this:

Pal, "sub-optimal" was not the only bad thing about your tweet, and if you can't see that then I'm not sure what any of us can say.

Myers later deactivated his account. His account has since been reactivated, but all of his tweets have been deleted. The problem is that the reactivated account looks like Myers is poised to make a comeback. 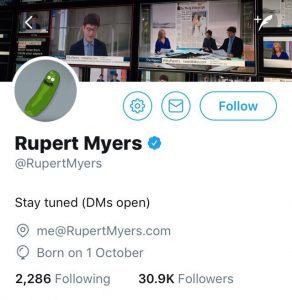 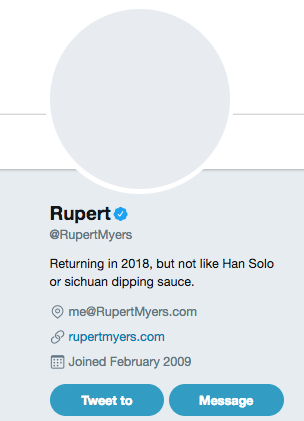 The idea of his return is not a welcome one to some, though: 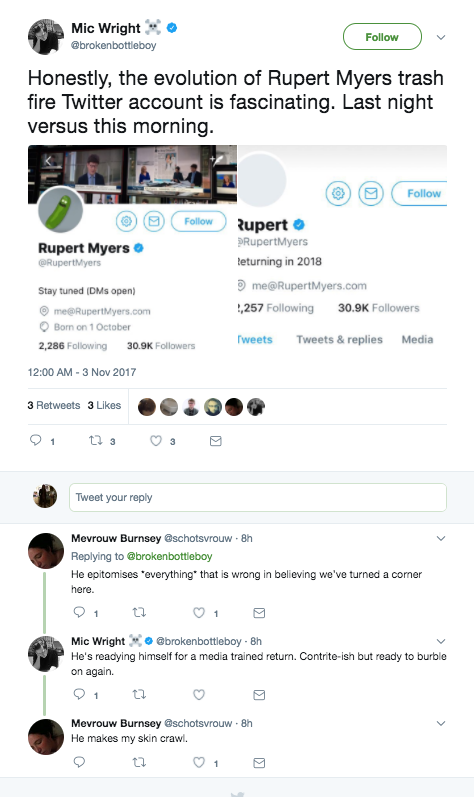 There are people who can learn and grow from their mistakes. Rupert Myers does not so far appear to be one of them.

Through his actions, he has caused people genuine pain and discomfort. Despite that, he’s behaving as if this is all some sort of minor setback for him. As if it’s something he’s going to bounce back from with a smile and a wink.

This is not how remorseful people behave.