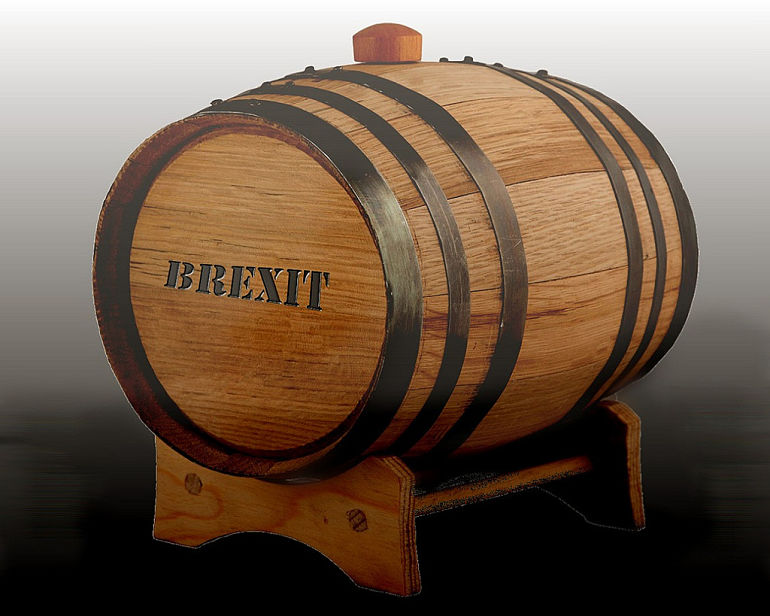 A legal challenge could see the reopening of an inquiry into the funding arrangements of a pro-Brexit campaign. And an investigation by the Electoral Commission into a second campaign has begun. Potentially, both could question the legitimacy of the 2016 EU referendum.

The Good Law Project, led by Jo Maugham QC, has requested a judicial review [pdf] of the Electoral Commission’s inquiries into how Vote Leave used its funds. This could see the multi-million-pound funding come under intense scrutiny; and could even affect the standing of government ministers Boris Johnson and Michael Gove, who were closely associated with that campaign.

Separately, the Electoral Commission has agreed to examine certain OpenDemocracy allegations; specifically, about how Arron Banks was able to furnish multi-million-pound donations to the Leave.EU campaign, fronted by UKIP’s Nigel Farage.

But BFTCL was not registered as a permitted participant in the EU referendum. And it was fined by the Information Commissioner’s Office for dispatching half a million pro-Leave texts. 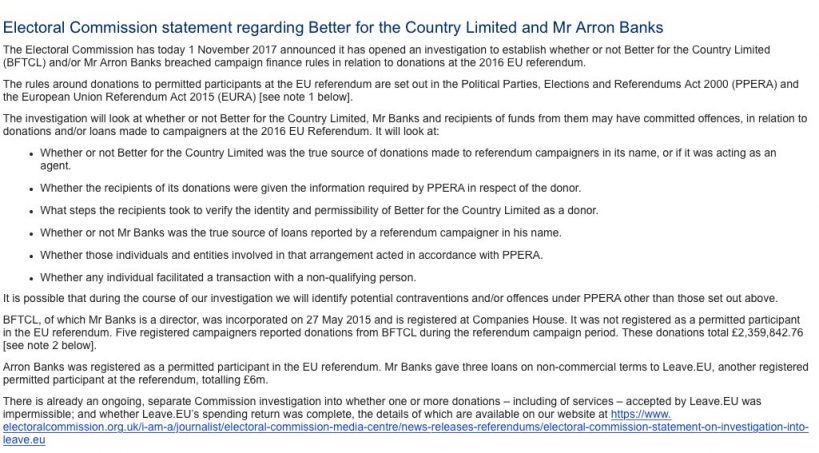 we believe that a judge-led inquiry reporting to Parliament that investigates the main campaign groups, Vote Leave, Remain, and Leave.EU would be the best way to clear this nonsense up once and for all.

OpenDemocracy further alleged that stories claiming BBC anti-Brexit bias emanate from News-watch. However, this is not BBC Newswatch, but a “media analyst” site directly promoted by Leave.EU. And a News-watch sub-site, BBC Complaints, invites viewers to send complaints about BBC bias to – you guessed it – the BBC.

News-watch is funded by a variety of sources but works independently and has never been under any pressure from any funding source to modify any of its findings.

Kathy Gyngell, a fellow of the Centre for Policy Studies (CPS), helped set up News-watch. As reported by The Canary, the CPS co-sponsored a 2016 report [pdf] advocating a no-deal Brexit.

And a third study identified [pdf, p6] artificial intelligence specialist Cambridge Analytica (CA) as a key player in this technology. According to Banks, CA’s technology and US consultant Gerry Gunster were the driving force behind Leave.EU’s campaign. And Leave.EU document “The science behind our strategy” reveals the intended relationship between CA and Leave.EU.

Now, it’s claimed that 13,000 Twitter bots posted 65,000 Brexit messages prior to the EU referendum. According to researchers Marco Bastos and Dan Mercea of City, University of London, these operated as a ‘supervised network of zombie agents’. Parliament is inquiring into this too.

the referendum campaigns were dominated by big money on either side of the debate…. over half of reported donations to referendum campaigners came from just ten people, with only a hundred donors accounting for almost all of the reported contributions…

Arguably, Britain’s EU referendum was also manipulated via lies and disinformation. However, this is not simply about overspends, but the subversion of how we participate in a democracy. And these latest investigations may strengthen the argument for another referendum.