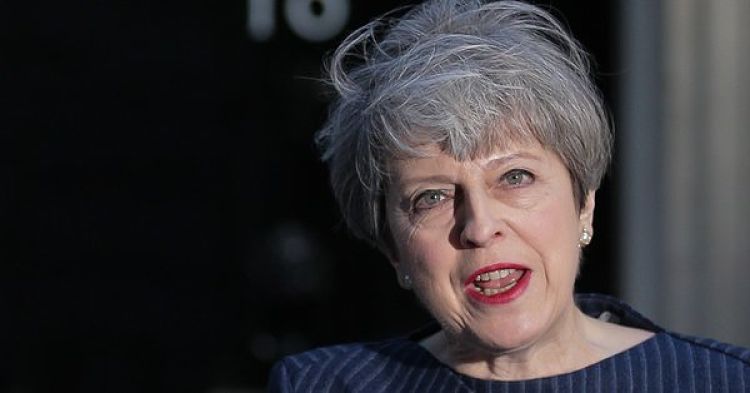 A new investigation is looking into Leave.eu, one of the two pro-Brexit campaigns in the 2016 EU referendum. The outcome of this and another investigation into Leave.eu, as well as a separate investigation into Vote Leave, could prove damaging to Prime Minister Theresa May. Because the Conservative Party now entirely defines itself with Brexit. So, consequently, if the Brexit vote is proved fraudulent, the Tory’s 2017 general election campaign will be seriously undermined.

And the timing of this new investigation could not be worse. Because May has also announced she will back Tory MPs under police investigation for alleged election expenses fraud.

In March, the Electoral Commission agreed to examine alleged undeclared spending by the Leave.eu campaign, one of two that promoted Brexit. This relates to alleged ‘in-kind’ payments to a US data intelligence firm, Cambridge Analytica (CA).

That investigation is now live. A spokesman for the Commission said:

The Electoral Commission has begun an investigation into Leave.eu’s referendum spending return. This followed an assessment which concluded that there were reasonable grounds to suspect that potential offences under the law may have occurred.

In the final stage of the EU Referendum campaign, Vote Leave gave £625,000 to BeLeave, a pop-up Brexit group, organised by 23-year-old Darren Grimes.

In a letter dated 14 February 2017, Labour MP Stephen Kinnock claimed that the Vote Leave campaign may have been guilty of spending above the legal limit. Kinnock also said that Vote Leave had close involvement with Grimes.

BeLeave used the money to pay for the services of a Canadian company, AggregateIQ. It is alleged that Vote Leave itself paid a total of £3.5m to AggregateIQ, which was formerly linked to CA’s Canadian division.

But these investigations are not just about alleged overspend.

CA’s technology and US consultant Gerry Gunster were the driving force behind Leave.eu’s campaign. Its strategy involved targeting people, drawing from a database of more than a million people that was built by harvesting social media data.

And Leave.eu financier Arron Banks was confident why the Brexit result turned out the way it did:

Indeed, Paul Stephenson, the communications director of Vote Leave, stated that both AggregateIQ and its founder Zack Massingham were:

instrumental in helping the Leave campaign win. Together with our digital director, Henry De Zoete, they transformed Vote Leave’s digital offering. And helped us to contact voters over one billion times online.

And on its website, AggregateIQ prominently displays a quote by Vote Leave director Dominic Cummings, an expert on ‘data science’:

CA is US-based and specialises in “behavioural change” technologies (like artificial intelligence and psychometrics) that target the emotional triggers of social media users. In short, it’s about persuading people, without their knowledge, to act in a certain way or adopt certain attitudes.

A further clue as to what these technologies mean is provided by CA’s British-based parent company SCL. It offers a similar range of services. These include “behavioural microtargeting‘. It defines that as:

… advanced data analytics, to identify groups of voters who share demographics, political beliefs and lifestyle, and use this insight to create unique messages designed to resonate with them.

Then there’s the matter of who runs and owns these companies.

Billionaire Trump supporter Robert Mercer is reportedly a financial backer of CA. And Mercer is not only Trump’s main financial backer too, but he also funds Breitbart News. And former Breibert Executive Chairman Steve Bannon (a prominent Trump’s confidante) also happens to be a board member of CA.

And it was Mercer who persuaded UKIP’s Nigel Farage that CA would be “useful” to Leave.eu. The head of communications for Leave.eu, Andy Wigmore, said CA “were happy to help”. But Leave.eu has previously denied that CA has “worked in British politics”.

Then the EU referendum result saw the Tory far-right essentially stage a ‘coup’ of their own party.

But should voter manipulation and other allegations against the Brexit campaigns be fully substantiated, inevitably there will be collateral damage. And possibly another ‘coup’, though this time via the ballot box.

– Read more about investigations into the Brexit campaigns here, here and here.

– Read about investigations into allegations of Tory election fraud