The Greens hand Labour an election gift, proving the party is dead serious about an alliance - The Canary 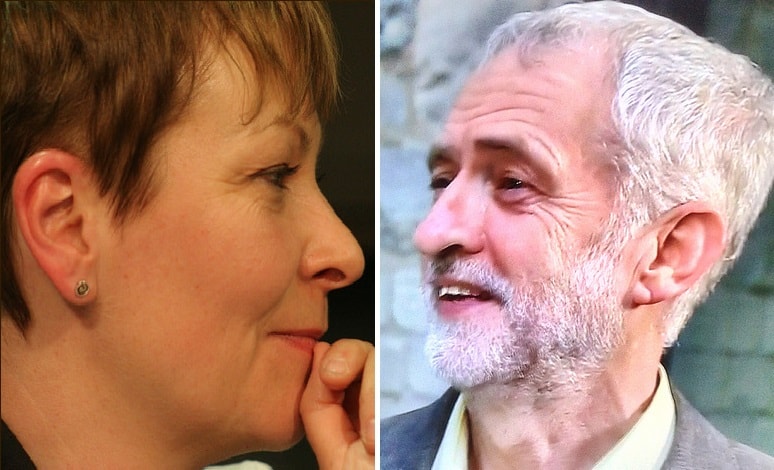 The Green Party has handed Labour an electoral gift, proving the party is dead serious about an alliance. Ealing Green Party members voted not to field a candidate in the fifth most marginal seat in the country. The members want to give incumbent Labour MP Rupa Huq a better chance of winning Ealing Central and Acton.

Tribalism only benefits the Tories

The Greens are now the first party to tactically withdraw a candidate. And the move could prove vital. Huq is defending a slim majority of 274. In 2015, the Green candidate received 1,841 votes.

The decision was based on three commitments the MP made. These are to campaign for voting reform, resist a hard Brexit, and oppose a third runway at Heathrow. The Conservative government has backed the airport’s expansion at a cost of £17.6bn. Generally, aviation generates nearly as much CO2 annually as that from all human activities in Africa – a continent with over 50 countries. We are currently heading for a catastrophic 5c increase in global temperatures.

Labour and the Lib Dems dismissed a call from the Greens for an electoral pact. Caroline Lucas said the party would stand in every corner of the UK, but called for “creativity” in the most marginal seats to “beat Tories”. Yet a spokesperson for Jeremy Corbyn said “Labour will be fighting for every seat in this election”. Many are questioning why Labour would push to unseat Lucas in Brighton.

The technique from the Greens worked well in the Richmond Park by-election on 1 December 2016. The party backed the Liberal Democrat candidate who then achieved a swing of nearly 22% on a majority of 1,872. Sitting MP and Conservative London mayoral candidate Zac Goldsmith was defeated. 18 months earlier, the Greens won 3,548 votes in the constituency.

The Greens’ local direct democracy means members could decide not to field candidates in other marginal seats. But the rejection of party tribalism in Ealing is a bold lesson. Banners are irrelevant: only policies matter. With the stakes so high, Richmond shows electoral alliances can have a huge impact.