Theresa May just denied 3 million people a vote, weeks before the general election [IMAGE] - The Canary 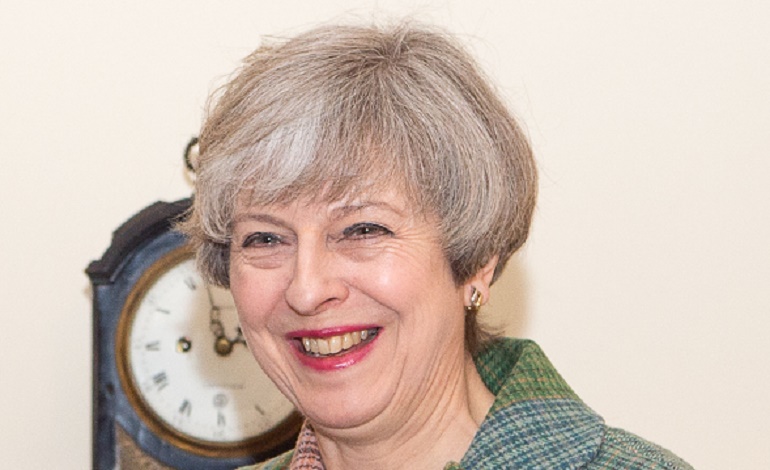 Show me the way to go home

Britons living abroad, or ‘expats’ as they’re usually known, currently don’t get a vote if they’ve lived in a foreign country for more than 15 years. But in its 2015 manifesto [pdf p50], the Conservative government said:

We will complete the electoral register, by working to include more of the five million Britons who live abroad. We will introduce votes for life, scrapping the rule that bars British citizens who have lived abroad for more than 15 years from voting.

On the face of it, it seemed like a smart move from the Tories. Statistics show that many expats are pensioners; widely regarded as natural Conservative voters. For example, around 50,000 (one third) of British expats in France are over 60. And in Spain, the figure is also around a third, at 108,000.

It’s gone right to my head

But on 21 April, the government backtracked. It wrote to pressure group New Europeans, which had been campaigning on the issue. And it said it would not now be changing the law.

This provoked a furious response.

New Europeans have written to the PM saying: 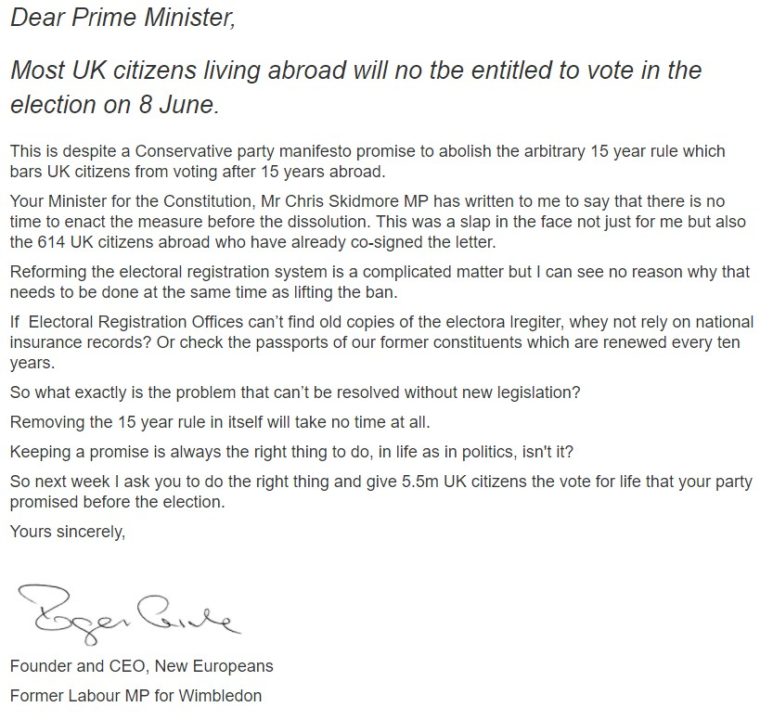 Wherever I may roam…

But while it appears May has shot herself in the foot by stopping apparently natural Tory supporters from voting, it may actually be a sly move. Because 75% of British expats who were eligible to vote in the EU referendum backed remain. And with Brexit comes problems for British people living abroad; like the fact that Brexit may put a stop to free healthcare for British expats in Spain – forcing them to come back to the UK. And this would hit expat pensioners the hardest. Similarly, expats’ ‘right to remain’ in EU countries after Brexit is still not guaranteed [paywall].

So it may be the case that these formerly natural Tory voters could, in this general election, have turned against the government.

The PM has either just disenfranchised millions of Tory voters, or she has smartly stopped disgruntled expats from voting against her government and a ‘hard’ Brexit. But either way, it is another example of the Conservative government disenfranchising the electorate; and therefore subverting democracy even more in the UK.