If this doesn't get the BBC's Laura Kuenssberg fired, nothing will [TWEETS] - Canary 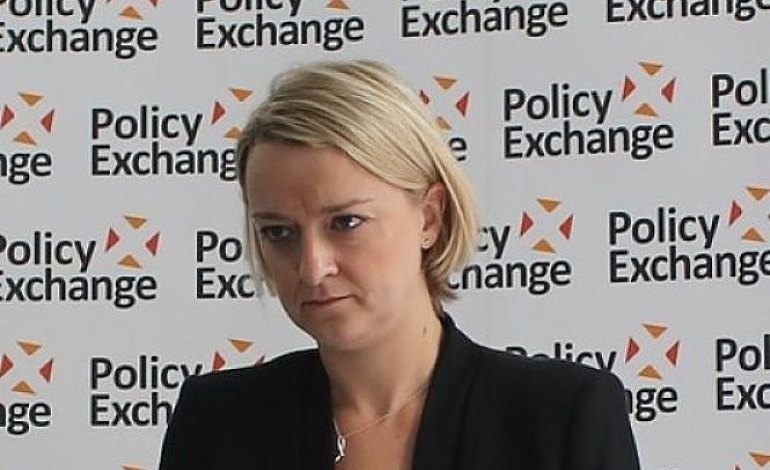 By 8.20am at the start of the week, the BBC‘s Laura Kuenssberg had already spouted Tory propaganda. With a public broadcaster like this, the incumbent government doesn’t need its own spin machine. And her shocker of a statement has already led to calls for her resignation, suspension or downright firing.

Theresa May couldn’t give a shit about people

As The Guardian pointed out, the Prime Minister has decided she won’t bother campaigning on 24 April. Even though we’re only one week into the general election campaign. And the window of time for her to get out the vote is a mere 44 days. In contrast, Labour Party leader Jeremy Corbyn is up in Scotland trying to win back voters; and Lib Dem Tim Farron is campaigning in Vauxhall.

But how did Kuenssberg explain May’s arrogant and disrespectful treatment of the voters? She, of course, blamed Corbyn:

Corbyn in Scotland today, May not on the stump – seems tory strategy this morn to let labour stew in its own juice

So according to the BBC‘s Political Editor, May is ignoring the general public as part of her party’s “strategy”. And Kuenssberg suggests that May’s game plan is in response to Labour’s actions. Or, more specifically, the actions of its leader.

What Kuenssberg refers to as Labour’s “juice” is Corbyn’s comments on The Andrew Marr Show. On the programme, the Labour leader hesitated to champion drone strikes; because, he asserted, they are notoriously inaccurate and kill innocent civilians. And he’s right. In one five-month period of a US operation in Afghanistan, for example, almost nine out of ten people killed in the air strikes were not the actual target.

Furthermore, Corbyn suggested the UK should adhere to its commitment to the Treaty on the Non-Proliferation of Nuclear Weapons (NPT) when considering the renewal of Trident. And he said that the use of nuclear weapons would be “a disaster for the whole world”.

That’s the “juice” Kuenssberg is referencing in her defence of May’s contempt.

Kuenssberg’s assessment, however, didn’t go down well with those that witnessed it:

A more fearless reporter might point out that our Prime Minister is avoiding contact with real people – the public.

"This statement was brought to you by the Conservative Party"

And some tried to correct Kuenssberg, by listing the real reason May might be ducking out of the campaign trail:

With the press campaigning for her she need not bother. She's like an Empress ruling from within the Forbidden City.

Or May's strategy is to hide from the press & electorate? Your bias is no longer acceptable. Time to complain to OfCom.

Theresa May is being hidden away because Lynton is even more risk averse when ahead in the polls, and his candidate is a liability.

May is losing sleep over #toryelectionfraud & impending Leave.eu investigation, she's having damage limitation nightmares. Report that!

In just a few unwitting characters, Kuenssberg revealed how wedded she is to the Conservative Party; and, like May, how small an obligation she feels to the public in her position at the BBC. But this appears to reflect the position of the BBC as a whole.

This spin, however, went down like a lead balloon with people who saw it. Because licence payers expect at least a degree of impartiality from the public broadcaster. And it’s about time the BBC lived up to that.