The real reason the Defence Secretary resigned is much worse than touching a knee, claims a Westminster insider - Canary 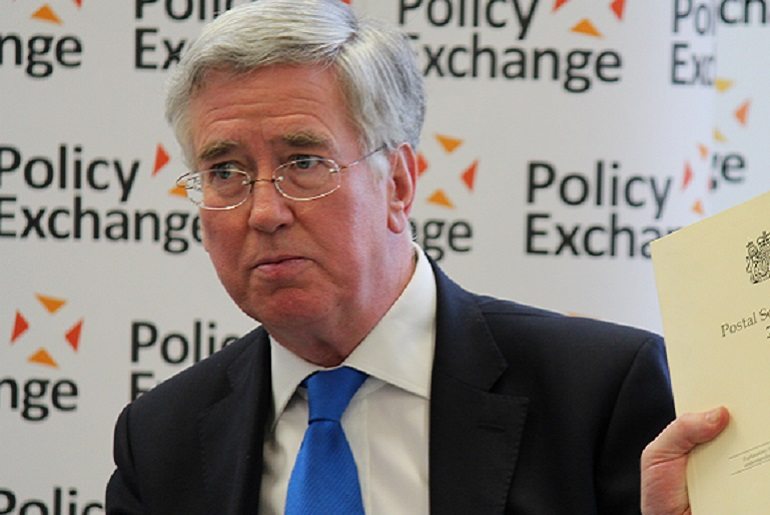 The real reason the former Defence Secretary resigned is much worse than touching a journalist’s knee, Westminster insider Anna Soubry has claimed.

Conservative MP Soubry, who worked as a minister under Michael Fallon, told The Times [paywall]:

Michael Fallon had to resign because of his behaviour towards women. One person with great courage made a complaint to No 10 of sexual assault. Theresa May made it very clear she took these allegations seriously and within hours he had gone

The Canary previously reported on the opinion that the allegations went further. Meanwhile, media outlets such as The Independent and The Sun have been reporting that Fallon resigned because of “lewd sexual comments”. The Express also implied that Fallon touching “repeatedly” the knee of radio host Julia Hartley-Brewer 15 years ago was the reason he resigned.

In response to Soubry, Fallon denied [paywall] the allegation and called it ‘libellous’:

The MP for Sevenoaks claimed [paywall] that no one made the specific allegation of sexual assault to him. Downing Street has refused [paywall] to comment on the matter.

Speaking about the anonymity of the allegation, Soubry said [paywall]:

I think it’s really important to protect people [making complaints]. This is very serious. We are talking about real human beings and protecting people who [claim to] have been abused, however serious or less serious it may be, it was for them extremely serious and they deserve to be protected and they deserve to be respected.

“Seven members of the cabinet considering their position”

I was told this morning that there are now seven members of the cabinet considering their position.

It’s unclear if Theresa May’s minority government could take more senior resignations. Indeed, an MP formally loyal to the Prime Minister recently described her as “weaker than any of us thought”. But what is clear is that we will not be able to sort out sexual misconduct in our society if our legislators are also perpetrators.

– Have conversations with the women and men in your life; and refuse to tolerate misogyny in your communities and workplaces. This starts and ends with us