Tory party donor Lord Ashcroft is asked to justify dodging his taxes, and literally hides in a toilet [VIDEO] - The Canary 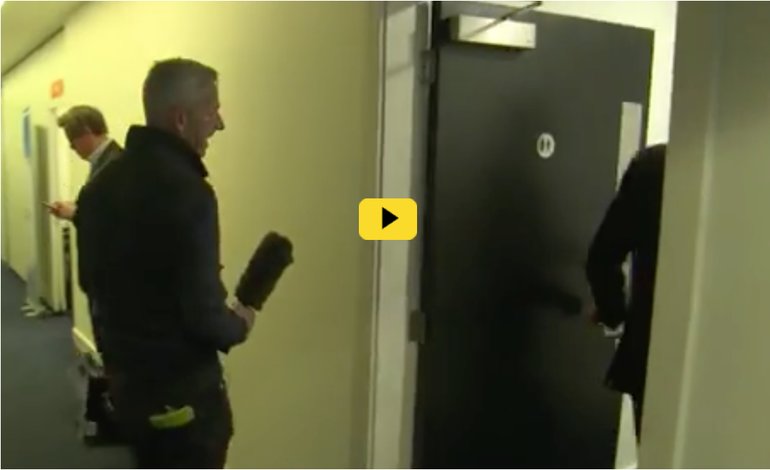 A major leak from an offshore law firm has revealed the epidemic of tax dodging among Britain’s richest people, including the Queen. Key public figures caught up in the scandal seem unwilling to discuss the matter, though. And when a journalist approached former Conservative peer and party donor Lord Michael Ashcroft, he took extreme steps to evade questions.

The tax affairs of Lord Ashcroft

Ashcroft has reportedly donated many millions of pounds to the Conservative Party, including more than half a million to its recent election campaign. He entered the House of Lords as a Tory peer in 2000. Later, he was made Deputy Chairman of the Tory party under David Cameron. His net worth is estimated at £1bn.

Despite this wealth, Ashcroft registered as a “non-dom” (non-resident of the UK for tax purposes). UK citizens who have “non-dom” status don’t pay tax on their UK earnings. And the scheme has become a tax dodge for wealthy individuals and families who can stash their cash offshore.

Thanks to the newly released Paradise Papers, we now know that Ashcroft continued to hide his wealth in an offshore trust in Bermuda. While figures vary, documents show this trust was worth $450.4m (£341m) in 2006. Between 2000 and 2010, Ashcroft received payments of around $200m (£150m) from this trust. But despite sitting in the House of Lords, he remained a “non-dom” and paid zero tax on this income.

When a journalist attempted to question Ashcroft for BBC Panorama, he literally hid in a toilet to avoid scrutiny.

Since 2010, the Conservative Party has made devastating cuts to the welfare state under the guise of austerity. Schools, hospitals, welfare payments to sick and disabled people; successive governments have cut them all in the name of austerity. Meanwhile, former prime minster David Cameron claimed “we’re all in this together”.

But we aren’t. Because wealthy parliamentarians and public figures have continued shirking their own responsibilities to the Treasury.

The tax office of Britain is called ‘Her Majesty’s Revenue and Customs’ (HMRC). But we now know that even Her Majesty’s tax affairs are open to question. The Paradise Papers show that millions of pounds from the Queen’s private estate have been invested offshore in the Cayman Islands. None of this was declared in the royal household’s annual statements.

Worse, the offshore fund invested in Brighthouse, an “irresponsible lender” forced to repay £14.8m to customers after investigation by the Financial Conduct Authority (FCA).

While Britain’s poorest have made unthinkable sacrifices in the name of austerity, the wealthiest have maintained business as usual.

– Follow the work of Positive Money to explore ways of creating a fairer economy.