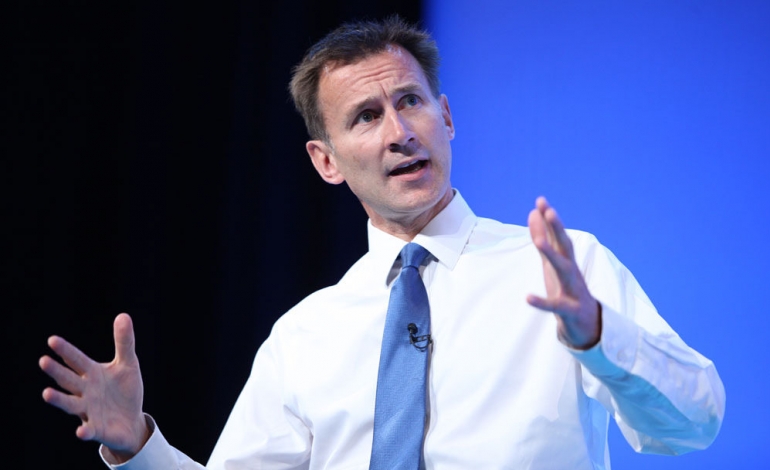 The Health Secretary has come under fire for his plans to ‘Americanise’ the NHS. These plans would see the NHS become partly public and partly private. Labour MP Clive Lewis has said:

If we don’t stay vigilant the Tories will erode and meddle until they get the US healthcare system they appear to have planned.

But Hunt is now facing legal action. A campaign led by senior health professionals could end up thwarting his plans.

The controversy surrounds Accountable Care Organisations (ACOs). These are healthcare overseers, and they would allow profit-seeking, non-NHS bodies to have control over the healthcare system. ACOs can decide how to spend taxpayers’ money. And their actions will be held accountable under commercial contracts, rather than mandates from the government. ACOs can also sub-contract their services.

The consultation process for Hunt’s proposals, which health professionals and campaigners say was “limited and inadequate”, ended on 5 November. They also argue that the process was unlawful, since the public never had their say, nor was there parliamentary approval.

British Medical Association (BMA) council member Allyson Pollock, who is part of the campaign against ACOs, stresses the virtues of the NHS. And she is clear about what ACOs mean. Pollock said:

Our NHS has been an international model for countries around the world for a health system that represents fairness, efficiency and freedom from the fear of illness. It has provided health care for all free at the point of delivery through public funding, public ownership and public accountability.

Its popularity has endured since 1948 and is a symbol of all that is decent about Britain. However it is being starved of funds and progressively dismantled and replaced with corporate structures known as Accountable Care Organisations which will facilitate the introduction of American-style healthcare systems.

So Pollock has joined forces with other health professionals and campaigners to challenge Hunt on the matter.

A campaign with strong backing

JR4NHS wants a judicial review to prevent commercial bodies taking control of the NHS. The campaign emphasises that ACOs “will not be in the public interest”. Campaigners also voice concerns about how ACOs “are being introduced by stealth”.

Hunt can now put forward the regulations to parliament. And unless they are challenged within 40 days, they will become law. So this campaign aims to stop that from happening. Solicitors from Harrison Grant are representing the campaigners.

The campaign clearly has strong backing from the public. It raised the amount needed (£26,500) for the first stage of the legal process in just one day. This covers correspondences with the NHS, as well as preparations and filing the lawsuit. For the second stage, the campaign requires an extra £60,000. This will:

cover the cost of preparing and filing the claim and obtaining permission for judicial review; and if permission is refused in the first instance, to be able to ask the Court to reconsider its decision at a hearing and to appeal if necessary.

Further funds will be needed for the third stage, “preparing for and attending the judicial review”. But funds aren’t being raised for this stage just yet.

This may seem costly, but we could pay a much greater price if the NHS becomes transformed into an American-style healthcare system. Campaigners say “this will be a big fight”.

A spokesperson from the Department of Health contacted The Canary and asked us to include the following statement:

“It is completely inaccurate to suggest ACOs are a step towards an insurance based system. They have absolutely nothing to do with the funding model of the NHS, which will remain a taxpayer-funded system free at the point of use, and are simply about making care more joined-up between different health and care organisations.

“It is irresponsible to scare vulnerable patients with these type of misleading allegations.”