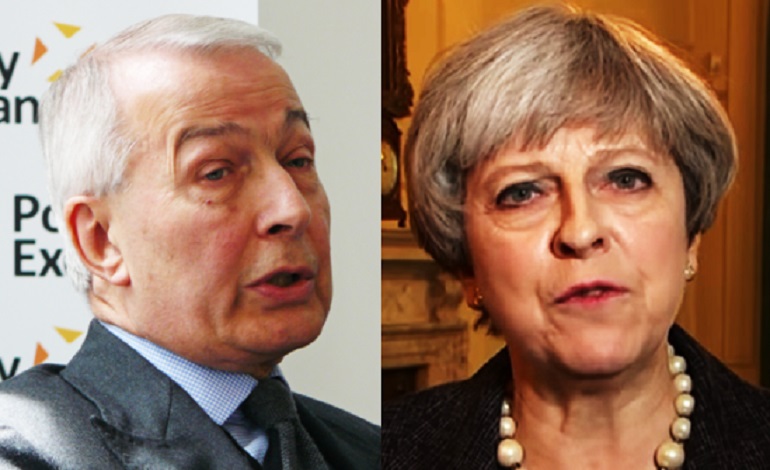 A Labour MP has accused the government of inflicting “state sponsored deprivation” on families. All because it “won’t obey the law”. And he claims that hundreds of children are going hungry because of it. But his local concerns highlight a national problem.

Frank Field is the Labour MP for Birkenhead. And he has launched an attack on the government’s controversial benefit cap. As The Canary previously reported, a judge ruled in June that the cap was unlawful for lone parents with children under the age of two. Solicitors of four lone parents who brought the case said at the time:

As a result of their caring responsibilities and the cost of childcare, they were unable to work the required 16 hours to escape the cap… Their benefits were cut which left each of the claimants with a choice between rent and food and other essential items and unable to provide basic necessities for their children.

And the judge in the case agreed, ruling that the government acted unlawfully and saying:

The cap is capable of real damage to such as the claimants. They are not workshy but find it, because of the care difficulties, impossible to comply with the work requirement… Real misery is being caused to no good purpose.

“Salt into the wound”

But Field told The Liverpool Echo that the government is ignoring this ruling, and keeping the cap in place, claiming it’s appealing the decision. He said:

The government is inflicting yet another year of misery upon some of Merseyside’s poorest families. In the eyes of the law those families should never even have been penalised… in the first place. So this additional year in which families must somehow find an additional £50 a week really is rubbing salt into the wound.

The Liverpool Echo noted that:

136 single parents currently had their benefits capped in Liverpool, 78 each in Knowsley and Wirral, 48 in St Helens, 35 in Sefton and 23 in Halton.

But the 320 families on Merseyside are just the tip of a national iceberg. Because Department for Work and Pensions (DWP) figures show that 19,700 lone parent families with children under two were affected by the cap.

Work is the best way to raise living standards, and many parents with young children are employed. The benefit cap incentivises work, even if it’s part-time, as anyone eligible for working tax credits or the equivalent under Universal Credit, is exempt. Even with the cap, lone parents can still receive benefits up to the equivalent salary of £25,000…

But as Field summed up:

[The cap] amounts to a programme of state sponsored destitution. Justice demands that the government should pay the money to which the courts have ruled families are entitled, at least until the appeal is heard.

The Child Poverty Action Group is saying that, by 2020, Universal Credit will have plunged one million children into poverty, making the benefit cap for lone parents the thin end of the wedge of government reforms. But with children facing hunger and “destitution”, it is surely one of the cruellest of moves.