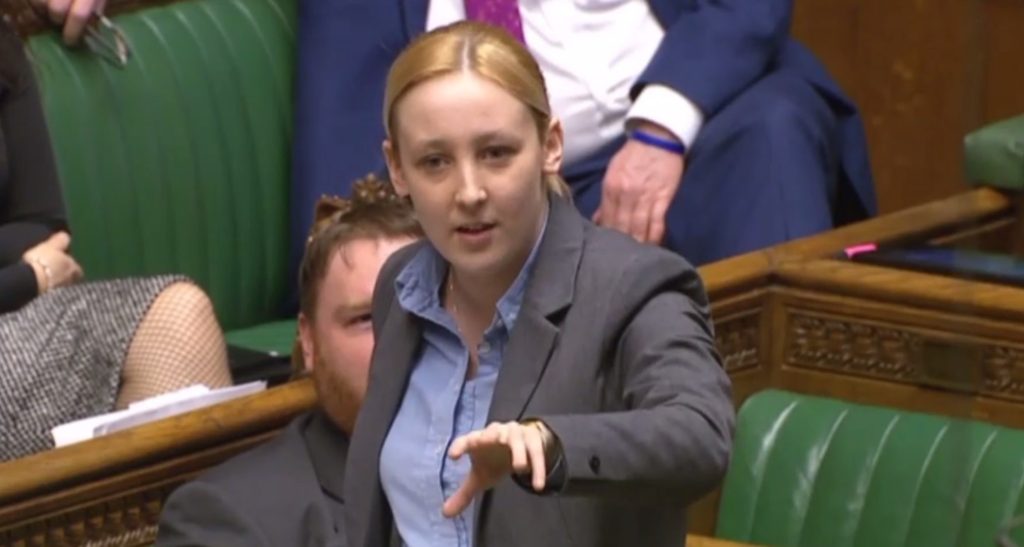 Britain’s youngest MP, Mhairi Black, has damned the EU for doing nothing about Madrid’s controversial response to the recent Catalan independence referendum. And she says “we should all be outraged”.

A Belgian judge, meanwhile, has released Catalan President Carles Puigdemont from custody. And Puigdemont himself has urged the international community to help restore the democratic process in Catalonia.

The SNP’s Mhairi Black wrote in The Daily Record that she is astonished at the EU’s lack of intervention on the issue, saying:

The EU are quick to comment on issues around the world – they should be talking loudly and taking action when it’s in their own back garden.

She also condemned the violence that took place during the referendum:

When Catalan authorities went ahead with holding an ­independence referendum, Madrid responded by sending in riot police with batons and rubber bullets to try to stop people voting.

And she said quite simply, referring to recent arrests:

A European government have locked up democratically elected political opponents – we should all be outraged.

Puigdemont’s own plea to the world

Puigdemont handed himself in to the Belgian police on 5 November. The next day, a Brussels judge released him and his four government colleagues, on the condition that they remain in Belgium and attend court sessions within two weeks.

The liberal Catalan President then condemned Madrid’s right-wing government at a press conference, and called for international support:

In a separate development, Puigdemont’s party announced that he and other ousted colleagues – including those imprisoned by Madrid – will be added to the list of candidates for the 21 December regional elections.

A general strike has also been called for 8 November. And there are plans for mass demonstrations this coming weekend in support of Catalan democracy.

Catalonia’s politicians were democratically elected, but are now jailed or in self-imposed exile to avoid imprisonment. This followed an independence declaration in Catalonia based on a controversial but democratic vote.

As both Mhairi Black and Puigdemont insist, the EU and its constituent countries should condemn both Madrid’s actions prior to the referendum vote and the widespread violence that took place on 1 October.

The EU must facilitate a peaceful and democratic solution to the Catalan crisis. But at the moment, it’s failing to do so. And it’s weakening its own moral high ground in the process.