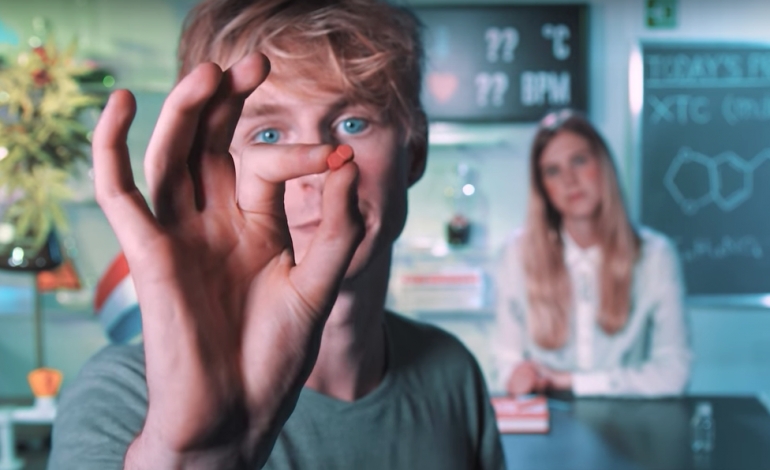 Drugslab is a Dutch government-backed YouTube channel which shows presenters taking illegal drugs and describing their effects to viewers. The channel has recently been criticised for glamorising drug use. But what’s even more worrying about the programme is the dangerous information it’s promoting. Because Drugslab is supposed to be a drug education channel, but it’s completely failing in this respect.

Young people will come into contact with drugs anyway. Not talking about drugs just makes them more curious. We don’t tell people: ‘You have to use drugs.’ We just give advice that is fun to watch. I think it’s important people understand how they work: in case they are ever tempted to take them.

Daniel Ferguson was 16 when he died after ingesting a cocktail of drugs. His grandmother, Carole Ferguson, said he “took drugs because of peer pressure”. Carole takes issue with Drugslab because their videos might encourage someone to try the drugs themselves. She adds:

Drugs affect everyone differently so just because the presenters are okay it doesn’t mean everyone else will be. All it takes is for one bad dose for it to be lethal.

Conservative MP Simon Hart believes the channel should be removed. He says claims about the educational nature of the videos are “disingenuous”. And Hart is right. Not because video footage of drug taking can’t be both entertaining and educational, but because the channel is spreading misinformation. For a supposed drug education channel, this is extremely irresponsible.

PsychedSubstance is another YouTube channel that shows footage of drug taking. The videos, like those produced by Drugslab, can be entertaining and fascinating to watch. But the presenter (Adam) puts more serious effort into his research. His passion for spreading accurate drug information and harm reduction is revealed in a video where he owns up to, and corrects, mistakes he has made. This is why he has a problem with Drugslab. They don’t respond to errors they’ve made. Adam emailed them with his concerns after they wanted to collaborate with him. He never got a reply.

PsychedSubstance released a video explaining everything that’s wrong with Drugslab. In the episode where Bastiaan takes DXM, the DXM-containing cough syrup they take also contained acetaminophen (paracetamol). This is fatal in high doses; which is why drug information website Erowid urges people not to recreationally use any DXM product that contains paracetamol.

When Nellie takes cocaine, she points out that their product (like a lot of cocaine) is cut with levamisole. This is a dewormer used by farmers and in veterinary medicine. And people are also snorting it. But Drugslab makes no mention of what levamisole does to the body; which is disappointing, as this adulterant can cause a blood disorder known as agranulocytosisa. As Erowid highlights, this condition is:

associated with a weakened immune system including infections throughout the body, high fever, chills, swollen glands, painful sores, and wounds that don’t heal. Left untreated, the condition can result in death.

When Bastiaan took LSD, he grimaced because of its bitter taste. Yet LSD shouldn’t have a bitter taste. It should either be tasteless or have a slightly ‘metallic’ taste. If a tab of acid does taste bitter, there’s a good chance that you have the LSD-like substance 25i-NBOMe. The Drugslab presenters didn’t point this out; which is problematic, since 25i at high doses can result in death.

While it’s irresponsible and unwise to glamorise drug use, the main problem with Drugslab is the dangerous information the channel is putting out there. As a ‘drug education’ channel, it is potentially putting people’s lives at risk.

If you want to find a genuine harm reduction resource, it’s best to look elsewhere.

– Check out Erowid for drug information and more articles from The Canary on harm reduction.