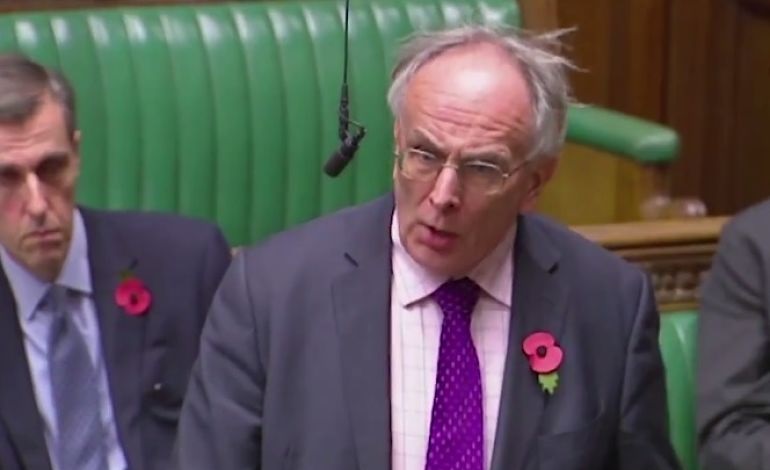 Conservative MP Peter Bone spoke in parliament on 6 November. He addressed the uproar over the Paradise Papers. But his response left others in the chamber wondering whether they could believe their ears.

Did this Tory MP just say what I think he said? #ParadisePapers pic.twitter.com/t6xz1d3mKf

The International Consortium of Investigative Journalists released the Paradise Papers on 5 November. They detail the offshore tax affairs of politicians and corporations around the world. Notably, they show how these individuals and companies use tax havens and schemes to avoid paying tax.

So Shadow Chancellor John McDonnell tabled an urgent question on the leak in parliament. And during the session, Bone spoke up. He accused McDonnell of “misunderstanding” the difference between tax avoidance and evasion. He continued:

The Paradise Papers, and other previous investigations, show that Bone is right. Large-scale tax avoidance costing taxpayers billions in revenue is the norm. But that wasn’t exactly what Bone was getting at. Because he went on to highlight that people who put money into an ISA account are avoiding tax. This, he said, is “completely legal”.

Bone’s argument was essentially that Labour is wrongly painting those implicated in the Paradise Papers as tax avoiders, when they’re no different from ordinary folk who use ISAs.

There are differences, of course. The sheer scale of lost tax revenue is one. Furthermore, many people will pay tax on their money before they deposit it in the government-sanctioned ISA scheme; the same won’t be true of corporations who’ve hired lawyers to hide their money offshore.

The MP for Wellingborough did then acknowledge that there is a “moral issue” involved:

Or the full edit to put it into context.

But this moral dimension, according to Bone, is that Labour “spends a million pounds a year on rent” to a tax-exempt company. He’s referring to the building owner of Labour’s HQ. A Labour spokesperson responded to the allegation, saying that the party gets “no benefit as a result of the financial arrangements” of the building’s owner.

But the fact that the building’s owner rips off Labour for £1m a year in rent isn’t the issue. The problem is that government hasn’t taken action to stop any building owners squirrelling their millions away in tax havens. Bone also fails to mention that, while Labour may be paying through the nose to rent from an overseas owner, his own party directly benefits from tax avoiders. Because a significant amount of party donors engage in avoidance schemes.

Most crucially, however, Bone neglected to recognise why the Paradise Papers truly touch such a nerve with the public. In the UK, citizens have suffered through seven years of austerity. The government has crippled public services with cuts, and real wages have plummeted.

Yet in January, Oxfam revealed that just eight men own half of the world’s wealth. And this grotesque wealth inequality is in no small part due to the sort of tax practices the Paradise Papers revealed.

No wonder people are angry. It’s one rule for regular people and another for the ruling class. That may be “normal” for Bone, but it’s not an everyday occurrence people are willing to accept.