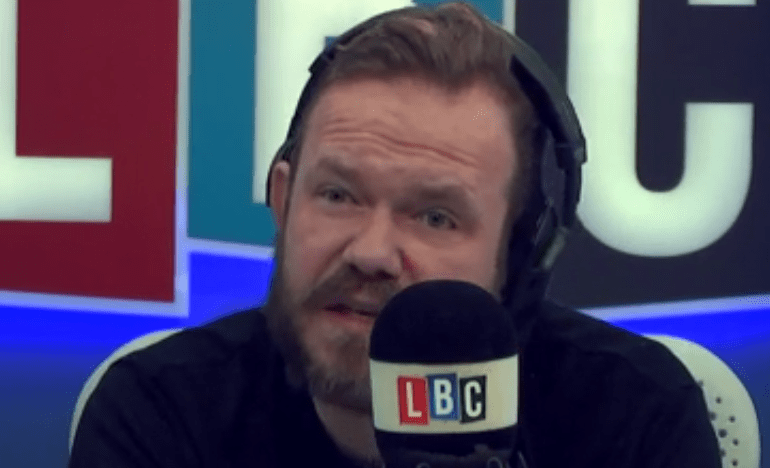 With a simple observation, LBC host James O’Brien has taken down most of the media’s tax avoidance coverage. The Paradise Papers detail the offshore tax affairs of more than 120 politicians and leaders and over 100 corporations. The investigation came about after a leak of millions of documents from offshore law firm Appleby.

Tax dodgers own the media

Tax dodging loses the UK up to £120bn per year, which is more than the entire NHS budget. Despite this, there seems to be a lack of interest from much of the media. O’Brien has a simple reason [1:26] for this:

And if you’re wondering why there are so few journalists covering this stuff, the answer’s really, really simple. We’ve got bills to pay. We’ve got mortgages to pay. We can’t go after our paymasters in a way that many journalists would like to. And why can’t we? Because they actually own this stuff. They own it.

The LBC presenter then names [1:45] tax dodgers who have huge media influence:

Lord Ashcroft owns a publishing company; he owns a polling company. Rothermere owns a newspaper. The Barclay brothers own The Daily Telegraph. Rupert Murdoch… such is his proper understanding of patriotic loyalty, he changed citizenship so he could buy up businesses in America. That’s how loyal he is to his Australian roots; never mind how loyal he is to the British roots that his well paid pundits get paid to tell us we should care about.

The Paradise Papers show Conservative donor Lord Ashcroft had £341m in an offshore trust, while owning Biteback publishing. Inheritor of The Daily Mail, Viscount Rothermere, bases the newspaper’s parent company in an offshore tax haven. Meanwhile, the Barclay brothers, worth £7.2bn [paywall], own The Telegraph. BBC Panorama dubbed them the “tax haven twins” because they’ve used offshore trusts to dodge tax. The brothers own the Ritz hotel and didn’t pay any corporation tax on the business for 17 years. On top of that, O’Brien points out that the Barclay brothers have “their own channel island”.

But even newspapers like The Guardian have been tainted by tax avoidance. The Guardian Media Group, which owns The Guardian and The Observer, has used a shell company in the Cayman Islands to avoid tax. The parent company has also stashed millions in offshore hedge funds.

Every organisation that makes a profit depends on roads, schools, emergency services, healthcare and the education system. That’s why Labour’s Laura Pidcock recently said “legal or not, morally tax avoidance is theft, stealing from our collective pot”. But as O’Brien makes clear, tax dodging will not be properly investigated until we tackle ownership of our media.