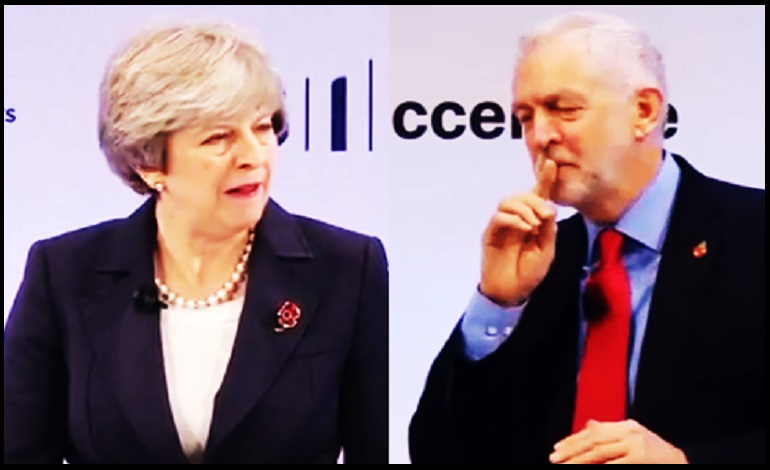 On 6 November, Theresa May and Jeremy Corbyn both addressed the same conference. But their responses to a tax haven investigation – the so-called Paradise Papers – couldn’t have been more different. Because unlike May, who completely avoided the issue, Corbyn tackled it head on. And he likened people and companies who use offshore tax havens to leeches.

Another year, another leak

The Paradise Papers is an investigation by the International Consortium of Investigative Journalists (ICIJ). It details the offshore tax affairs of more than 120 politicians and leaders and over 100 corporations. The ICIJ investigation came about after a leak of millions of documents from offshore law firm Appleby. Prominent individuals using offshore tax havens, revealed by the ICIJ, include the Queen, close allies of US President Donald Trump, Conservative Party donor Lord Ashcroft, and a host of multinational firms including Apple and Nike.

But when May and Corbyn spoke at the annual Confederation of British Industry (CBI) conference, their approach to the Paradise Papers was completely different.

The shocking revelations from the Paradise Papers… yet again of widespread tax avoidance and evasion on an industrial scale, must lead to decisive action and real change.

We also have a duty to come down hard on those who are avoiding their responsibilities, and give Her Majesty’s Revenue and Customs [HMRC] the resources it needs… We need a full public inquiry into tax avoidance and evasion…

Corbyn concluded by saying [2:00] that the Paradise Papers showed:

But just a few hours earlier, May only mentioned the Paradise Papers when questioned by a journalist.

We have been continuing the work that David Cameron started, and he started it not just for the UK but on an international stage… we have seen more revenues coming to HMRC… £160bn extra that they have been able to raise… but… there’s already work that’s been done to ensure that we see greater transparency in… our dependencies and British overseas territories.

We want people to pay the tax that is due.

Not just the Paradise Papers

May did not commit to taking further action on tax havens. But there is one notable reason for the difference in May and Corbyn’s speeches. And it’s that numerous Conservative Party donors are linked to tax havens.

And now, the ICIJ has named Tory donor Lord Ashcroft in the Paradise Papers.

May’s hands are effectively tied on tax havens. Because while her party accepts money from the same people Cameron referred to as “not morally acceptable”, she will continue to ring her hands and do absolutely nothing.