With one blunder, Boris Johnson just went from incompetent to deeply dangerous - Canary 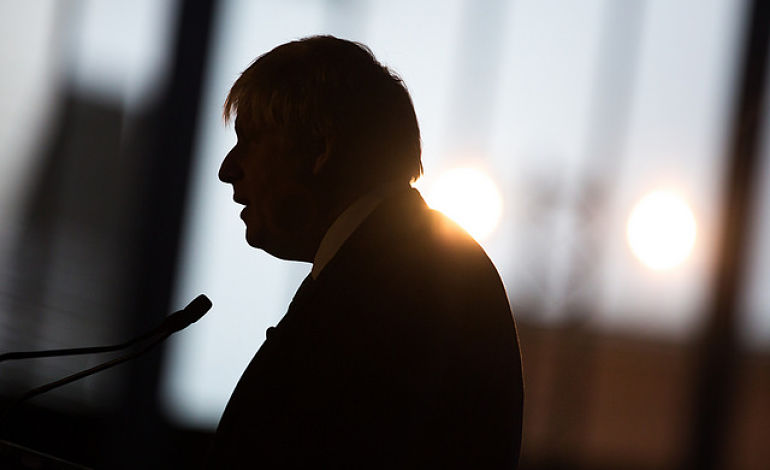 Foreign Secretary Boris Johnson, well known for his gaffes, has now moved from incompetence to actually being deeply dangerous.

Johnson made long-awaited comments condemning the unlawful detention of a British mother in Iran. The problem is that he made a huge error. And it gave the Iranian authorities the green light not only to keep her in detention, but to potentially double her sentence.

The Free Nazanin campaign confirmed in a statement, seen by The Canary, that Nazanin Zaghari-Ratcliffe was taken to an Iranian court on 4 November before a hardline judge, for a second time. And he will try her on exactly the same ‘evidence’ from her previous trial. This is illegal in both Iran and the UK. What’s more, Zaghari-Ratcliffe may see her sentence double, as the judge claims she is a “repeat offender”.

As The Canary previously reported, Iranian authorities arrested Zaghari-Ratcliffe in April 2016 when she went to Iran with her daughter on a family holiday. Her family and employer maintain her innocence and claim she is being used as a political pawn.

Now, a statement by Johnson has led to the new charges.

Johnson spoke during a foreign affairs committee in parliament, condemning Iran for Zaghari-Ratcliffe’s detention. But he made a massive blunder and said:

When I look at what Nazanin Zaghari-Ratcliffe was doing, she was simply teaching people journalism as I understand it.

I have immediately clarified that this is not right as she is not a journalist and has never trained journalists at the Thomson Reuters Foundation where she is project manager in my Media Development team.

Accusations toward Zaghari-Ratcliffe include that her charity work was a “screen to overthrow the Iranian regime”; even though the Thomson Reuters Foundation has no dealings in Iran.

Nazanin had visited the country for anything but a holiday. For months it was claimed that Nazanin is a British-Iranian charity worker who went to see her family when she was arrested…. Mr Johnson’s statement has shed new light on the realities about Nazanin.

We demand a clear statement from the Foreign Secretary to correct his mistake – in Parliament and in Tehran at the earliest opportunity.

An FCO spokesperson told The Canary:

Last week’s remarks by the Foreign Secretary provide no justifiable basis on which to bring any additional charges against Nazanin Zaghari-Ratcliffe.

While criticising the Iranian case against Mrs Zaghari-Ratcliffe, the Foreign Secretary sought to explain that even the most extreme set of unproven Iranian allegations against her were insufficient reason for her detention and treatment.

The UK will continue to do all it can to secure her release on humanitarian grounds and the Foreign Secretary will be calling the Iranian Foreign Minister to raise again his serious concerns about the case and ensure his remarks are not misrepresented.

It apparently took 578 days for the Foreign Secretary to condemn Iran’s treatment of this British mother. But it backfired because of Johnson’s grave mistake.

Johnson has proved that he is not simply incompetent, but deeply dangerous too. Because this blunder plays with a mother’s life and her family’s life; a family which has been waiting for her release and for the UK’s help for over 18 months. Johnson must double down and do all he can to get justice for this mother.

– Write to your MP. Urge them to push the Foreign Secretary and Prime Minister to pressure the Iranian government for Nazanin Zaghari-Ratcliffe’s release.

– Read more articles from The Canary on Nazanin Zaghari-Ratcliffe and Iran.