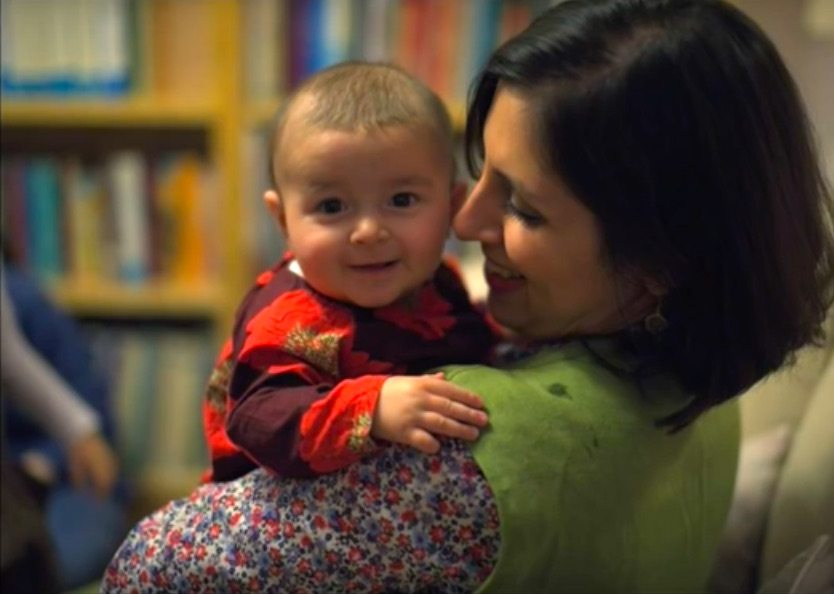 David Cameron has declined to condemn Iran’s dubious detention of a British citizen. Will Theresa May intervene to reunite this young mother with her family?

On 12 June 2016 12.30pm, Richard Ratcliffe approached the steps of Downing Street with a letter to appeal to the prime minister, David Cameron – one last task before he leaves office.

The date was significant as it marked 100 days since Richard’s wife, Nazanin Zaghari Ratcliffe, was detained by the Iranian Revolutionary Guard. There was no mention of any crime, no formalities of arrest.

Travelling to Iran with her two year old daughter, Gabriella, Nazanin’s family holiday had unexpectedly turned into a nightmare.

Originally detained in solitary confinement, she now shares a cell and has slowly been allowed to speak to her family in Iran. Richard remains in the UK and cannot see her. Meanwhile, no-one in Iran can talk about her case.

Yesterday was not Richard’s first attempt to engage the government. Foreign Office staff and his MP Tulip Saddiq had tried, but with no meaningful impact.

Richard was advised at the time that the policy on dual nationals was to not intervene unless the circumstances are exceptional.

Siddiq asked Philip Hammond on 12 June 2016 whether he would condemn Iran’s actions.

Hammond notably did not condemn them, but said he would raise it with officials and find out more information.

This is perhaps the most frustrating part of Nazanin’s detention: There is no charge and there is no crime.

Several weeks ago, Nazanin was accused in the Iranian press of being the ringleader of a network planning the ‘soft overthrow’ of the country through foreign media companies. In reality, Nazanin was merely a project co-ordinator for the Thomas Reuters Foundation – but she never worked on Iran.

In a statement issued by Richard he said that Nazanin’s family had been told that the accusations in the press were false. Of course, Richard never doubted this but further revelations show that there is a reason none of this makes sense. Nazanin is essentially a piece acquired and to be played in a weary  geopolitical game.

Speaking to The Canary, Richard explained that on 21 June 2016, during a visit between Nazanin and her Grandmother at her prison, the senior interrogator in Nazanin’s case relayed a message to Richard. This happened in front of the interrogator’s superior Richard names as Mr. Majid. They wanted him to put pressure on the British government to make an agreement.

Richard advised his FCO case worker, but exactly what it means, no-one knows.

The relationship with Iran has been strained and the UK has only recently re-established diplomatic relations with Tehran. Prior to this, Iran’s nuclear programme made both countries deeply suspicious of each other, while Iran has remained firmly on the other side of strategic alliances.

Nazanin’s case is also not unique. There are three European citizens detained in Iran on both unknown and allegedly trumped up charges including Kamal Faroughi, accused of spying, and Homa Hoodfa, indicted on unknown charges.

Richard has no idea what political agreement the Revolutionary Guard, a paramilitary organisation, are referring to, or if they even have any mandate to demand an agreement.

Similar cases show that non-Iranian nationals can be held to facilitate prisoner swaps, as one example, but whether that is the case here is a matter of speculation. But this is undoubtedly a clear case of arbitrary detention.

Richard told The Canary that he will be seeking a legal ruling from the UN Working Group on Arbitrary Detention in August.

Richard asked Cameron to intervene but at the very least someone should condemn Iran. He said:

It has been a reality check for me that no UK Minister has expressed public criticism of Iranian actions or said that it is wrong to use a British mother and baby as political bargaining chip. I find that silence conspicuous. I imagine the Iranian authorities have noticed it also and have drawn their own conclusions about how much it matters that British citizens are treated this way.

Richard will be taking this up with May and has delivered a letter to urging her to place it at the top of her intray.

Find out more about the UN Working Group on Arbitrary Detention.