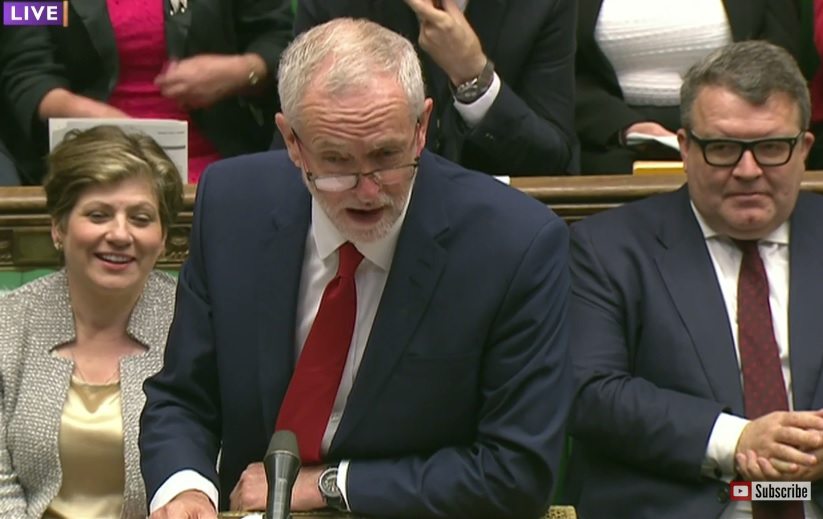 Prime Minister’s Questions was a raucous affair on Wednesday for more reasons than one. Of course, it was David Cameron’s last PMQs before he steps down as prime minister. But, it was also the occasion where Jeremy Corbyn pinned down exactly why he is perfectly suited to the position of PM, causing an absolute uproar in the Commons.

Corbyn posed one of his questions to the PM on the economy. He identified that communities up and down the country feel the economy does not work for them, and urged parliament to get a move on in addressing the issue.

As usual Cameron responded with a list of highly distorted economic ‘achievements’ his government has managed whilst in power. He then concluded by saying:

And to be accused of sloth in delivery by the right honourable gentleman, let’s just take the last week we’ve both been having these leadership elections. We got on with it. We’ve had resignation, nomination, competition and coronation. They haven’t even decided what the rules are yet.

Corbyn’s response was short and to the point, revealing exactly what sort of leadership we could expect if he were PM:

Essentially, Corbyn insisted he is relishing the current challenges to his leadership because it is being done through a democratic process. And as the UK is officially wedded to a democratic system, having a potential PM who wholeheartedly believes that the ‘supreme power’ should lie with the people – and that representatives are there to, well, represent – should be a cause of celebration.

In contrast, Cameron lauds the ‘coronation‘ of Theresa May as the next PM, without a single vote by the party membership being cast. Her rise to the position of prime minister is entirely based on the will of fellow MPs, with the general population and supporters of the Conservative party completely excluded.

It seems Cameron believes that the direction of the country should be decided by those that run it, and to hell with what those who live in it want. This is exactly the type of attitude that has disenfranchised the population, and turned them against politics. It’s why the phrase “they’re all the same” exists, because people suspect our elected representatives are only in it to shore up their own power and interests.

The population will passionately engage in politics when given a real stake in it. But people need to know that their voice matters. And this is exactly what Corbyn is offering: a concrete influence on the way our country is ordered.

As is already apparent in the surge in Labour party membership under Corbyn’s ‘new politics’, democracy is turning out to be quite an appealing option. And if he becomes prime minister, it’s exactly what we’re going to get.

Read this article on how you can support Corbyn if you believe he can move the UK in the right direction.