BREAKING: George Osborne has been sacked, leaving his reputation in ruins - Canary 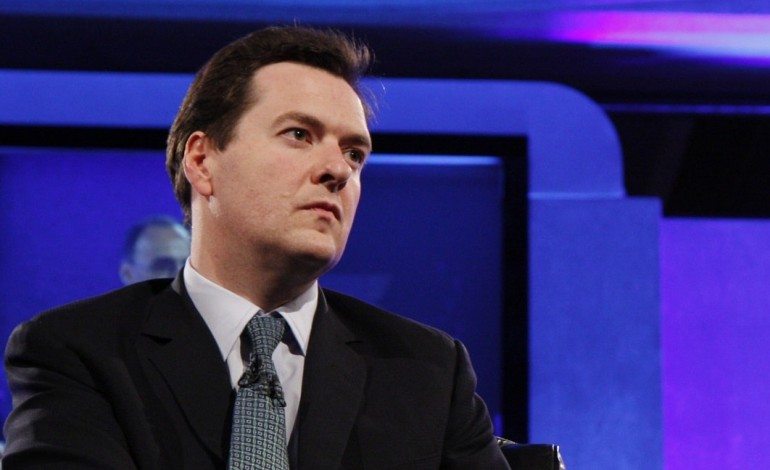 George Osborne has left the Treasury, after reportedly being sacked by Theresa May in one of her first moves as prime minister. The former chancellor, once David Cameron’s heir apparent, will now take his place on the backbenches, his reputation in tatters.

Within minutes of becoming prime minister, Theresa May appointed her close ally Philip Hammond as chancellor, relegating George Osborne. Early reports, from The Sun’s political editor, suggest the chancellor was sacked by the new prime minister:

Breaking: George Osborne was sacked. Theresa May told him she didn't want him in her Cabinet. Wow.

By supporters of austerity, Osborne will be remembered for six years of missed targets, broken promises and forecasts that were endlessly revised downwards.

By austerity’s opponents, he will be remembered for ripping apart the country’s social fabric, bringing public services to their knees and removing the safety net from millions of ordinary people.

Osborne helped to catapult the Conservatives to power in 2010 by committing his party to eliminate “the bulk of the structural current budget deficit over a Parliament”. He failed. So the party issued a similar pledge in 2015, this time promising to reach a budget surplus by 2020 – and again, Osborne failed, ripping up the pledge just one year after the election.

He failed because austerity didn’t work; stalled growth wiped out any savings made through spending cuts. And, in 2013, that stalled growth put Osborne in the history books as the first chancellor to lose the UK its AAA credit rating since the country was first rated in 1978. That record will sit alongside his record of more ruthlessly asset-stripping the country than any other Chancellor in UK history, at a huge loss to the taxpayer in the long term.

Not only did Osborne fail on his own terms, in turning around the UK’s economy. He also failed in human terms, and will be remembered as the chancellor who inflicted savage spending cuts on those who could least afford to bear them.

Osborne has overseen the biggest increase in death rates amongst the elderly in almost 50 years, rising child poverty, and skyrocketing homelessness. Food bank use has risen to a record high. Millions of benefit claimants have been sanctioned or dropped off the rolls – thousands of them unlawfully. Disability benefit claimants have been stigmatised, and prosecutions for hate crimes against disabled people have soared by 40% in a year. All of this while people struggle to cope with a worsening housing crisis, a cost of living crisis and the most dramatic decline in real wages since Victorian times.

But Osborne will no doubt be fondly remembered by a few. Thanks to six years of policies that took from the many to give to the few, this son of a baronet successfully orchestrated a massive transfer of wealth to his own, tiny, super-rich class: Britain’s wealthiest have doubled their net worth in six years.

You need look no further than his last two weeks as chancellor to understand Osborne’s true priorities. Last week, he tried to turn Britain into a fully-fledged tax haven, announcing plans to slash corporation tax from 20% to 15%. And this week, it emerged that Osborne personally intervened to stop HSBC from being prosecuted by the US for money-laundering.

Osborne’s legacy is toxic. He gambled his entire career and reputation on austerity, plunging the country into a disastrous race to the bottom that only benefits the elite. He failed in that gamble, and he failed the people of this country.

The Government I lead will be driven not by the interests of the privileged few but by yours. We will do everything we can to give you more control over your lives.

But beware. While Theresa May is trying to appeal to the electorate right now, her terrifying record in government suggests she will continue to champion injustice, just as she always has done.

Join a local group and get involved in the fight against austerity.