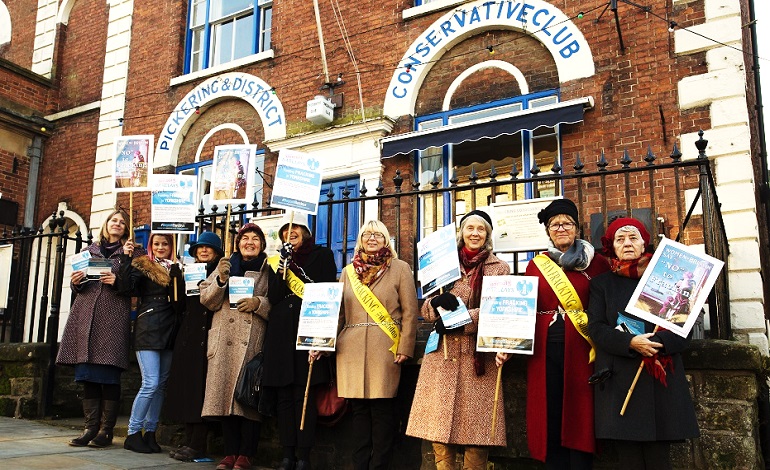 On Monday 6 November, a group of women took drastic action over a growing scandal in a small Yorkshire village. And the Conservative Party and Barclays Bank were in the firing line.

Meanwhile, residents and campaigners who call themselves ‘protectors’ set up the Kirby Misperton Protection Camp. It aims to highlight the opposition to fracking that exists in the area. Demonstrations have been ongoing since the start of the year. And now, a group of 12 women have taken drastic action.

You shall not pass!

The group of protectors chained themselves to the Pickering and District Conservative Club on 6 November. They told The Canary the demonstration was to highlight both the government and local Conservative MP Kevin Hollinrake’s failure to take people’s concerns over the KM8 site seriously: 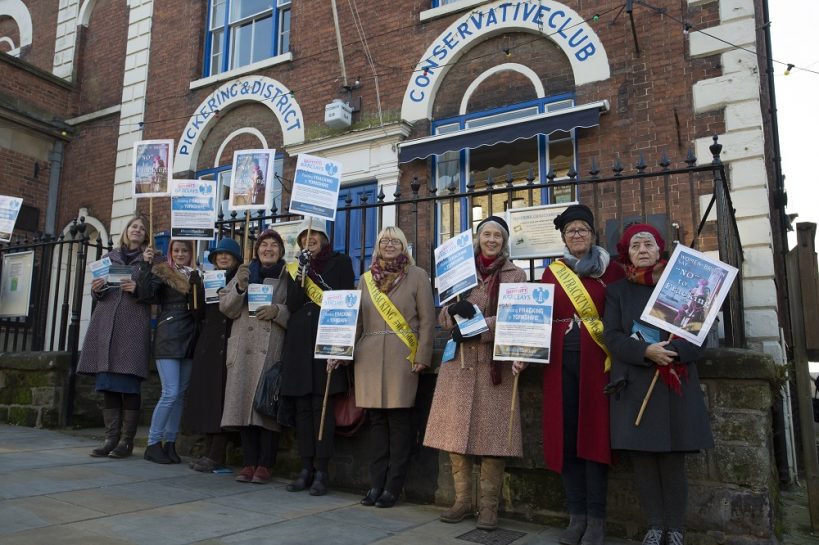 Likening themselves to the Suffragettes, who fought for women to have the vote, the group told The Canary that:

The Suffragettes had to battle for the most basic rights. We are determined to fight with the same dogged determination for our right to clean water and air. We will continue until our government listens to our voices. Every time we complain of poor practice or planning breaches, we are told that ‘fracking is safe’, and ‘we have gold standard regulation’. This is simply not what we are witnessing. 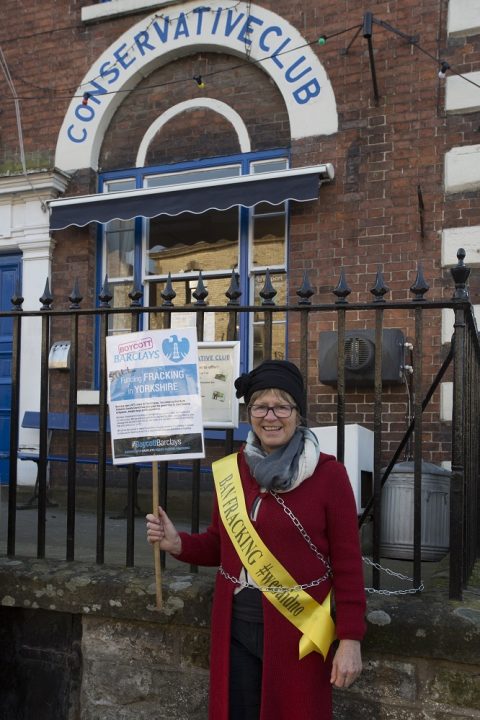 The demonstration then moved on to a branch of Barclays Bank. The protectors were highlighting the fact that the bank is the parent company of Third Energy [pdf, p14], which is registered in the Cayman Islands tax haven. The protectors claim that, although Barclays promised [paywall] to sell its stake in Third Energy, this has not yet happened. And nor has Third Energy filed [paywall] its overdue accounts, raising questions about its viability. 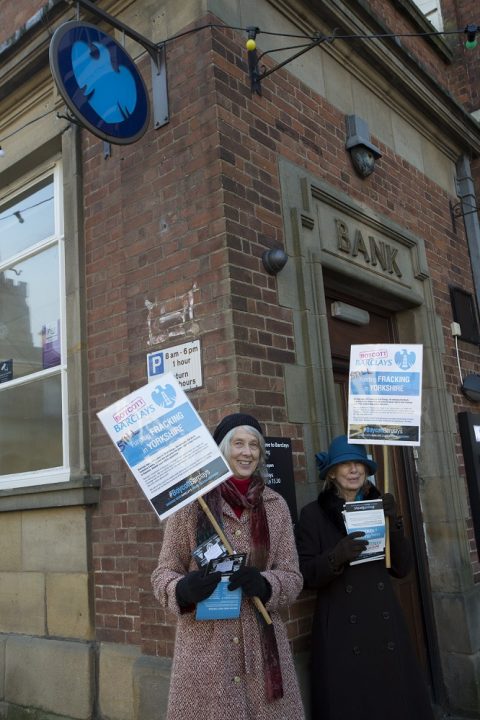 One of the protectors, Carol, told The Canary:

A report, which was carried out by independent firm H Fraser Consulting, also showed that only three of a total 24 monitoring rounds in a 12-month period fully met the requirements of Third Energy’s environmental permit. These problems have not been reported; we have had to investigate to uncover them. How can we trust these unaccountable, offshore companies, or Mr Hollinrake, to keep us safe?

Campaigners’ concerns about fracking are over-arching; from polluted drinking water and earthquakes, to its contribution to greenhouse gas emissions. What makes it a hot topic, though, is the public anger it provokes, witnessed at sites such as Preston New Road and KM8. And when fracking companies register themselves in tax havens, and also fail to meet environmental standards, it is little wonder campaigners are willing to take whatever action is necessary to make their feelings known.