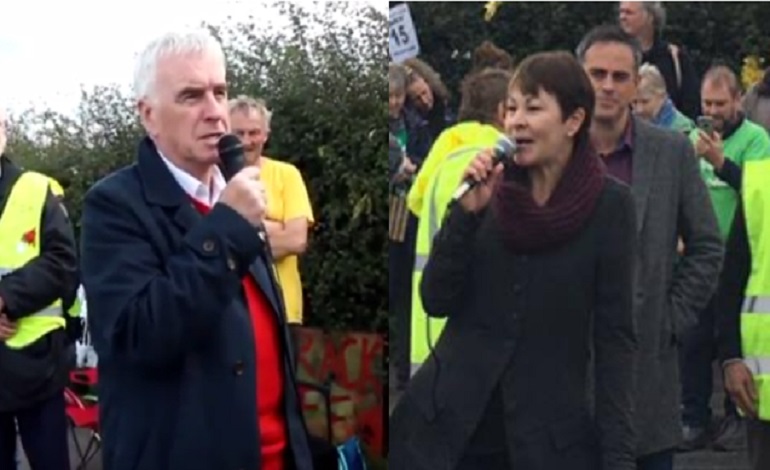 Political heavyweights have been positioning themselves in the eye of a growing democratic storm, in a small Lancashire village. Labour’s John McDonnell and Green Party co-Leaders Jonathan Bartley and Caroline Lucas have all weighed into a row over one of the government’s most controversial policies. And their presence will raise the profile of an already heated debate.

Preston New Road, near the village of Little Plumpton in Lancashire, is at the centre of a row over fracking. Cuadrilla, a shale gas extraction company, has permission to frack the site. But local people are against the company’s plans. And protesters from Preston New Road Action Group (PNRAG) have been on site since January.

The government gave the go-ahead for Cuadrilla to frack there – the first site of its kind in the UK – last year. The company officially began work on 5 January. And ever since, protesters have been at the site.

So now, McDonnell, Bartley and Lucas have all visited the site to show their support for the protesters.

On Friday 15 September the Shadow Chancellor arrived at Preston New Road. He reiterated the Labour Party’s policy of banning fracking, telling campaigners that:

We’ve got to recognise the threat of climate change… We can’t allow fracking… to… place carbon back on the agenda for future generations.

He also said he supported PNRAG because of the “problems in terms of the fracking… [and] from the policing operations as well”:

And on Monday 18 September, Bartley and Lucas also came out in support of PNRAG: 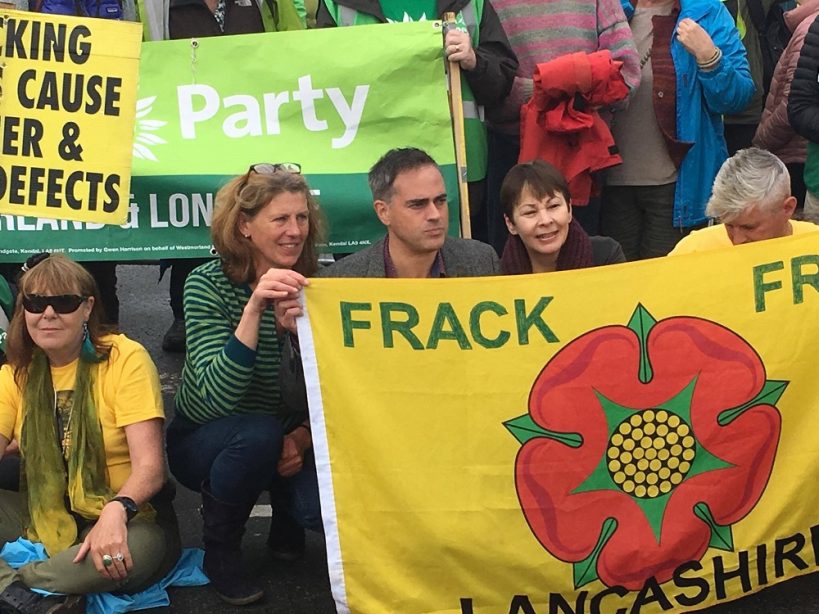 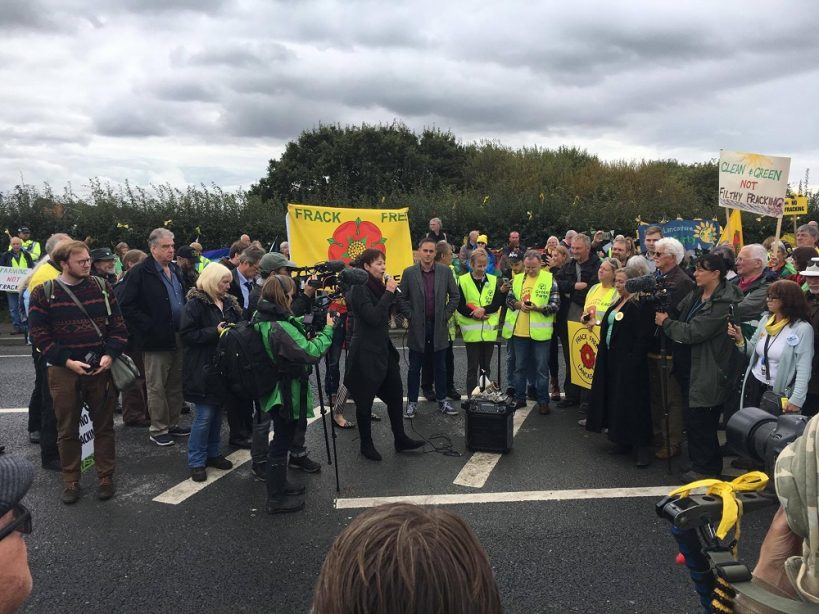 It’s abundantly clear that fracking is a dirty, destructive industry that will wreck the UK’s climate ambitions and leave us dependent on fossil fuels for years to come. We know that the price of renewables is dropping fast, and it is high time that the government stop their reckless dash for gas and focus on making Britain into a world leader in modern, clean energy from the sun, wind and sea.

Cuadrilla and the Lancashire police have been dogged by allegations of excessive force, violence, and underhand tactics at the site. And as The Canary has been documenting, even local councillors have accused the police of assault; something the force denies.

A fracking affront to democracy?

Get those frackers in the dock

On 30 and 31 August, the Court of Appeal looked at Javid’s decision again. The judges will announce their decision at a future date. But Davies told The Canary:

Our case has been centred on specific points of law, surrounding the decision by [Javid] to overturn Lancashire County Council’s democratic refusal of Cuadrilla’s planning applications. PNRAG reaffirms there is credible evidence of risk and harm arising from the fracking industry.

What is happening in this small Lancashire village is a microcosm of the Tories’ attitude towards the public across the country. It doesn’t seem enough that they openly encourage fracking. They now feel they can ride roughshod over the democratic will of local councils, and local people. And big businesses like Cuadrilla simply bulldoze their way through, assisted by the police.

But, while the protesters’ demonstrations and legal manoeuvres were making some headway, the intervention of three prominent politicians will add even more weight to the arguments against fracking in Lancashire. And also to the opposition against the Conservative government’s plans across the whole of the UK.