Laura Kuenssberg can't understand why we're all still talking about that £350m. But Twitter quickly provided the answer - Canary 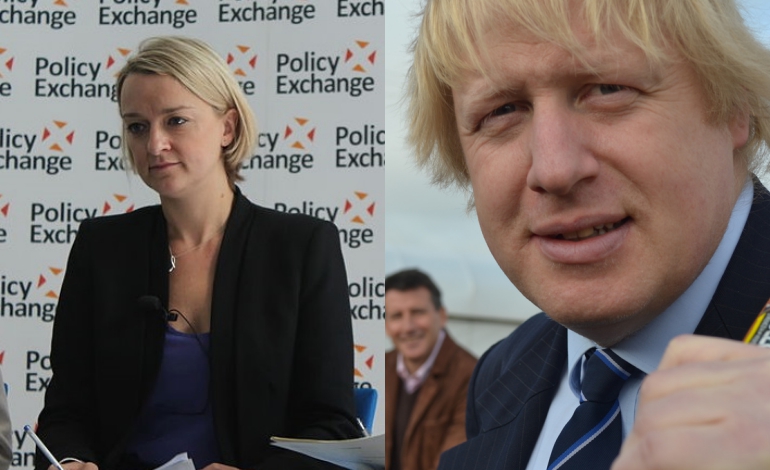 The BBC‘s political editor, Laura Kuenssberg, woke up with a problem this morning. But luckily, Twitter was on hand to point her in the right direction and clear up the confusion.

£350m was the figure that was incorrectly used by the Leave campaign during the EU referendum as the amount the UK gives Europe each week. Despite being plastered all over the bus that Boris Johnson used to tour the country, the figure was widely discredited as a lie. Mainly because it doesn’t include the rebate the UK receives from the EU.

But this didn’t stop Johnson from reviving the figure in a piece he wrote for The Daily Telegraph. Johnson claimed that:

Once we have settled our accounts, we will take back control of roughly £350 million per week. It would be a fine thing, as many of us have pointed out, if a lot of that money went on the NHS.

And this has led to a row with the head of the UK Statistics Authority, Sir David Norgrove. Norgrove stated that he was “surprised and disappointed” that Johnson had recycled the £350m claim.

Given there are very good reasons why the £350m figure is in the news again, Twitter quickly provided the answer to Kuenssberg’s concern that everyone was discussing ‘old news’. And they pointed out that a major part of the issue at stake is that the UK has a Foreign Secretary who is still using misleading figures:

I suspect it's the bare faced audacity of Boris Johnson, rather than the figures, that are the story, Laura dear.

"we" aren't. Boris Johnson's idiocy and dishonesty is forcing us to

Some were also confused about why the BBC‘s political editor thought the Foreign Secretary “lying” wasn’t news:

Why is the foreign secretary lying not deemed news? Maybe that's what got us into this Brexit mess. Weird post 🤔

And as many pointed out, some of the blame about why the figure is still being talked about is down to the BBC and other media outlets not robustly challenging the figure in the first place:

Because you and your colleagues never fully called out the lie. Farage et al were not taken to task as they should've been.

And this included criticism of how Kuenssberg herself reported the “lie”:

Perhaps if you'd addressed the lie originally, instead of calling it "potentially misleading" you wouldn't be talking about it now? pic.twitter.com/cZFkJFwJny

Kuenssberg’s tweet and the response she received show just how out of touch she is with the rest of the country. Theresa May’s Brexit is increasingly looking like a complete and utter mess. Meanwhile, Johnson reviving an incorrect figure is headline news. And so it should be. Unless of course you believe the role of the BBC‘s political editor shouldn’t include holding senior cabinet ministers to account.

– Join The Canary support and the work that we do.