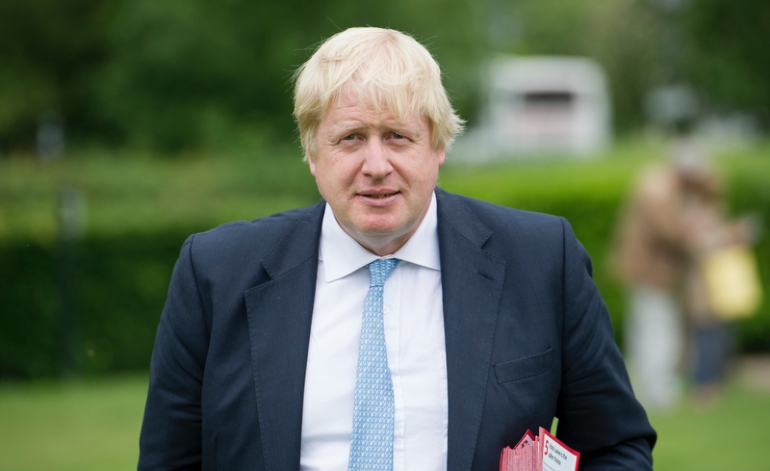 International Trade Secretary Liam Fox appeared on Radio 4‘s Today programme on 7 November. He was questioned about Boris Johnson’s remarks that could lead to a British mother’s prison sentence being doubled in Iran. But instead of condemning the Foreign Secretary, Fox dismissed Johnson’s monumental fuck-up by saying:

We all make slips of the tongue.

As The Canary previously reported, Iranian authorities arrested Nazanin Zaghari-Ratcliffe in April 2016 when she went to Iran with her daughter on a family holiday. Her family and employer maintain her innocence and claim she is being used as a political pawn.

She has been in prison ever since, although her family was hopeful that she would be released soon. But thanks to Johnson, she could be facing a further five years in an Iranian prison.

Speaking to a foreign affairs committee in parliament, Johnson was condemning Iran for Zaghari-Ratcliffe’s detention. But he made a massive blunder, saying:

When I look at what Nazanin Zaghari-Ratcliffe was doing, she was simply teaching people journalism as I understand it.

Nazanin had visited the country for anything but a holiday. For months it was claimed that Nazanin is a British-Iranian charity worker who went to see her family when she was arrested…. Mr Johnson’s statement has shed new light on the realities about Nazanin.

Zaghari-Ratcliffe’s daughter was just one when she was first arrested. It’s hard to imagine the pain a mother feels being wrongfully locked up and separated from a young child.

But I can come close to imagining it. Because it happened to me. Although my comparison is fairly minor, given that I spent days in an English prison rather than years in an Iranian one.

My son was four when I was arrested and remanded to Bronzefield Prison for obstructing a police officer. As video footage showed, I did nothing more than ask a police officer to give me his identification number. The police claimed in court that, if I was released, I’d cause “physical or mental injury” to police officers; and the magistrates remanded me.

Luckily, I was released a few days later, following another bail hearing. Eventually, the charges were dropped, and I received compensation for my arrest and imprisonment. But that pain of being locked in a cell and not knowing when I’d be allowed to return home to my son will never leave me.

And it is why I have huge empathy for Zaghari-Ratcliffe and mothers in prison everywhere. And it is why Johnson’s comments and Fox’s easy dismissal of his remarks make me so enormously angry.

Just say you got it wrong

This wasn’t a ‘slip of the tongue’. It was a monumental fuck-up. Even fellow Conservative MP Anna Soubry pointed out that Johnson should be sacked.

A spokesperson for the Foreign and Commonwealth Office told The Canary:

Last week’s remarks by the Foreign Secretary provide no justifiable basis on which to bring any additional charges against Nazanin Zaghari-Ratcliffe.

While criticising the Iranian case against Mrs Zaghari-Ratcliffe, the Foreign Secretary sought to explain that even the most extreme set of unproven Iranian allegations against her were insufficient reason for her detention and treatment.

The UK will continue to do all it can to secure her release on humanitarian grounds and the Foreign Secretary will be calling the Iranian Foreign Minister to raise again his serious concerns about the case and ensure his remarks are not misrepresented.

But calling the Iranian foreign office is not enough. Johnson made a mistake; a mistake he needs to publicly admit and apologise for. Because it is a mistake that could lead to a mother spending another five years in prison.

– Read more articles from The Canary on Nazanin Zaghari-Ratcliffe and Iran.