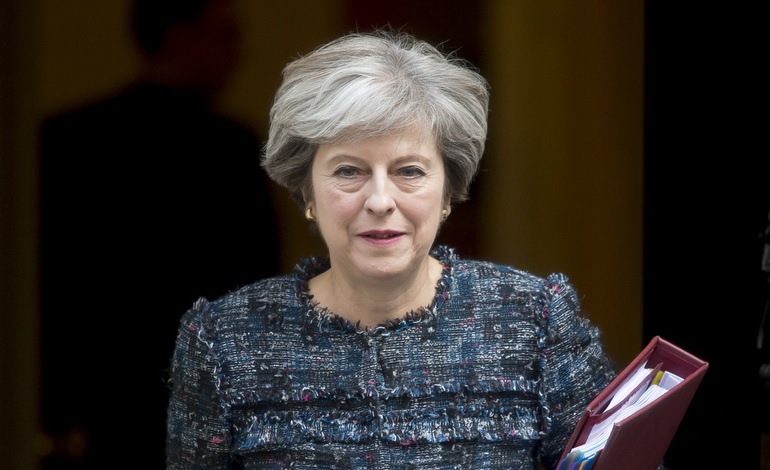 Theresa May reportedly cancelled her cabinet meeting on 7 November. Just as, in fact, new information emerged about Priti Patel’s undisclosed meetings with Israeli officials. Information that one commentator has described as the “final straw”.

The Conservative government has faced numerous problems of late. One is that the International Development Secretary, Patel, admitted she held 12 undisclosed meetings with officials in Israel while on holiday there in August.

So the government certainly has a fair amount to talk about. But according to The Daily Mail‘s Political Editor Jason Groves, it rejected the opportunity to do so on 7 November; because the planned cabinet meeting didn’t go ahead:

Cabinet cancelled this morning. Probably for the best in the circs where 2 ministers facing calls to resign + a third is under investigation

Groves suggests the choice to cancel the meeting was “probably for the best”. But given the outcry about a further disclosure in the Patel situation, getting their heads together may have been wise.

Patel failed to declare the meetings, including with Israeli Prime Minister Benjamin Netanyahu, prior to them taking place. She has apologised for not following protocol. But Patel and the government have essentially tried to downplay the situation. The Department for International Development (DfID) said:

But it turns out that Patel returned from Israel with one particular interest in mind. Because she apparently asked DfID if it was possible to give aid to the Israeli military in the Golan Heights.

This area is an occupied territory. Occupied, in fact, by the very country that Patel asked to give aid to. Israel seized the Golan Heights from Syria in the 1967 war. And the UK doesn’t officially recognise that Israel has any claim to the area for that reason. But Patel wants UK taxpayers to give money to the occupier of the territory.

No wonder she didn’t initially disclose much about those meetings.

The “final straw” for Patel?

The secretary of state did discuss potential ways to provide medical support for Syrian refugees who are wounded and who cross into the Golan for aid. The Israeli army runs field hospitals there… But there is no change in policy in the area. The UK does not provide any financial support to the Israeli army.

But Labour’s Shadow International Development Secretary Kate Osamor told Middle East Eye that Patel’s actions were “deeply alarming”. And she said they raise “urgent questions” about what happened in Patel’s meetings with Israeli officials. MP Andy Slaughter, a vice-chair of the Labour Friends of Palestine and the Middle East, also said:

But whatever fate awaits the government, one thing is for sure. The UK should not be ploughing aid money into a brutal, occupying military force. Because aid is meant to go to the oppressed – not the oppressor.

– Find out more about Israel’s occupation with the Palestine Solidarity Campaign.