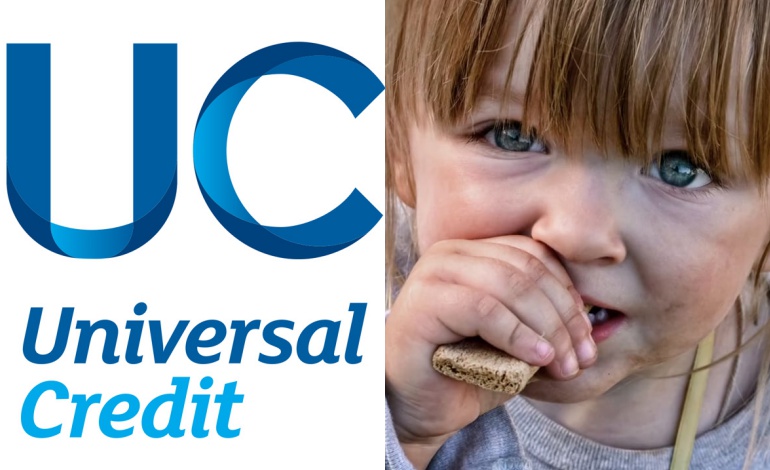 The latest figures from anti-poverty charity the Trussell Trust show that use of food banks in the UK soared in 2017. And they have issued an urgent call to the Conservative government to amend the national rollout of Universal Credit. Because this report also shows that food bank use is three times higher in areas where Universal Credit is in place. And as Christmas approaches, there is genuine concern that food banks won’t be able to cope with demand.

Figures released by the Trussell Trust reveal the extent of the current crisis. The number of families and individuals forced to rely on food banks is rising:

But this new data goes further, providing evidence of another deepening emergency in the UK.

As The Canary has previously reported, there are serious concerns about the introduction of Universal Credit. This replaces existing benefits for those out of work or on low incomes. And the latest report from the Trussell Trust gives proof of the devastating impact of this new benefit. It says that the use of food banks in areas of full Universal Credit rollout is rising fast:

The charity is concerned the situation will worsen in the months leading to Christmas when demand for food traditionally spikes, and when the number of foodbanks in areas of full Universal Credit service will triple.

And this report gives proof of the issues that the six-week delay in Universal Credit payments can cause. It goes on to say:

According to the Trussell Trust, “issues with a benefit payment remain the biggest [43%] cause of referral to a food bank across the UK”. And analysis of referral data shows that Universal Credit accounted for:

But what is also significant in these figures is that 27% of referrals came from people in work and on low incomes.

The Trussell Trust has presented an urgent five-point challenge to the rollout. And it joins growing numbers, including Labour, who have offered stark warnings about the implications of Universal Credit.

This report gives clear evidence that thousands of individuals and families face a bleak and hungry winter. And with a weak Conservative government in power, we have to demand that it’s not children and the vulnerable who suffer more as a result of their ill-conceived policies.