One of Britain's 'smallest strikes' has achieved huge results - The Canary 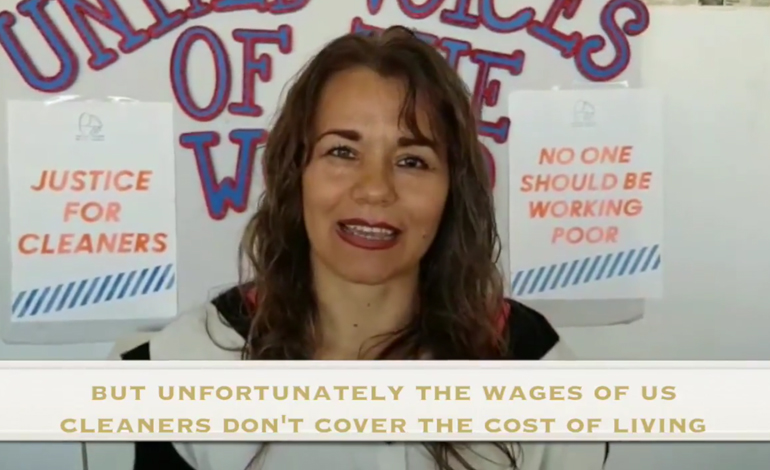 Two cleaners were fired after asking for the London Living Wage. But, supported by union United Voices of the World (UVW), the pair undertook a month-long campaign fighting for their jobs.

Now they have not only regained their jobs but their employers have agreed to pay them the London Living Wage.

Outnumbered but not outgunned

Angelica Valencia Bolanos and Freddy Lopez have cleaned the HR Owen Ferrari and Maserati showrooms in South Kensington for five and seven years respectively. And for the duration, cleaning agency Templewood has been “consistently” underpaying them.

So, on 26 September, the pair voted 100% to strike for the London Living Wage. This led to “one of the smallest strikes in British history”. But on 28 September their employer suspended Bolanos and Lopez without pay:

An uproar followed. Supporters organised solidarity protests including noise demonstrations outside HR Owen’s offices on 1 October and a flashmob protest at the Ferrari showrooms on 31 October.

It was following on from this flashmob that their employer offered Bolanos and Lopez their jobs back. This time with a £0.50p/h wage increase to £8p/h.

But UVW kept pushing. And on 2 November news broke that Templewood and HR Owen had relented by giving the pair the £9.75p/h London Living Wage:

BREAKING, BREAKING NEWS: Dispute settled! Thank you for all your support! Onwards and upwards! https://t.co/iFSGOp3uh6 pic.twitter.com/5tT4vjs4KP

An inspiration for us all

Bolanos and Lopez are migrants from Ecuador who have spent years of their life helping HR Owen sell cars worth hundreds of thousands of pounds. Yet they were “struggling to get by”. What’s more, after their employer suspended them, they were “forced to beg for help from charity shops”.

So the courage and determination the pair displayed in taking on their employers is inspiring. And UVW’s work here and on other campaigns shows the impact that grassroots contemporary “new unionism” is having. Today we can all learn from the victory of migrants in London.

– Support UVW and its work with migrant cleaners.

– Watch the video UVW made with Bolanos and Lopez.

– Read more about UVW at The Canary.