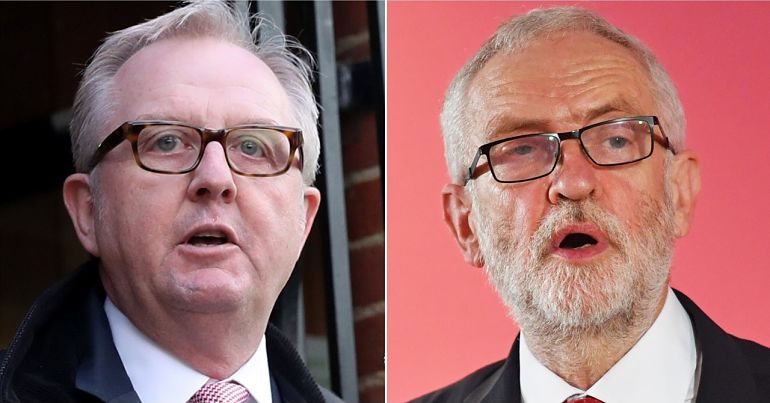 Ian Austin has finally cottoned on to what most people realised long ago. He’s got no business being an MP. But, predictably for someone with such a track record of self-inflatory grandstanding, he hasn’t slipped away quietly.

With the skill born of long practice, Austin has even managed to get much of the media to assist with his muck-flinging. To read the BBC‘s take on events, you could almost miss the important fact that Austin is standing down as an MP. Instead, the focus is on Austin’s call for voters to support Boris Johnson over Jeremy Corbyn. For anyone who’s had even half an eye on Austin’s increasingly pro-government voting record, this isn’t really news. Despite continuing to sit stubbornly among Labour MPs, Austin left the party officially in February 2019. To all intents and purposes, he ceased any positive contribution the moment Corbyn became leader.

Austin restated his opinion that Corbyn was “not fit to lead”. But Corbyn has now outlasted a growing list of his own MPs who’ve sought to undermine him constantly. Tom Watson, John Woodcock, John Mann, Kate Hoey, the TIG brigade, Frank Field. All have moved away, in various directions and for various reasons. Corbyn is still there, ready to launch a manifesto that looks set to promise real change, not the austerity-lite or diet-Thacherism that so many of that roll call would have preferred.

Austin, who’s not always strong on reasons but does have a very high opinion of Churchill, said “decent patriotic Labour voters” should vote Tory. “I must do everything I can to stop Jeremy Corbyn from getting into power”, he claimed, saying the Labour leader was “too big a risk”.

Forget the past, here comes the future

Austin is one of yesterday’s politicians, a relic of the Blair-Brown era that prized a strange sort of belligerent centrism over a genuine vision for the country. The Labour Party under Corbyn has already laid out such a vision, during the 2017 campaign. Corbyn’s authentic enthusiasm and a hugely popular and impressive manifesto delivered a huge upsurge in support and took Labour very close to government.

The 2019 campaign is building on that vision, with shadow chancellor John McDonnell pledging an “irreversible shift in the balance of power and wealth in favour of working people”. McDonnell is promising a programme of investment “on a scale never seen before in this country”. This will include plans for a “social transformation fund”, investing £150 billion in schools, hospitals, care homes and council housing over five years. And he’s promising to break up the Treasury, devolving some of its powers to the north in a shift in the “centre of political gravity” away from London.

Set against the laughably misleading claims that Johnson keeps recycling, it’s clear that only the Labour Party has the slightest idea what it’s doing. That Austin has finally come out as a true blue Tory tells us all we need to know about him. And indeed, if the Tories have to rely on endorsements from the likes of Austin, they really are going nowhere.