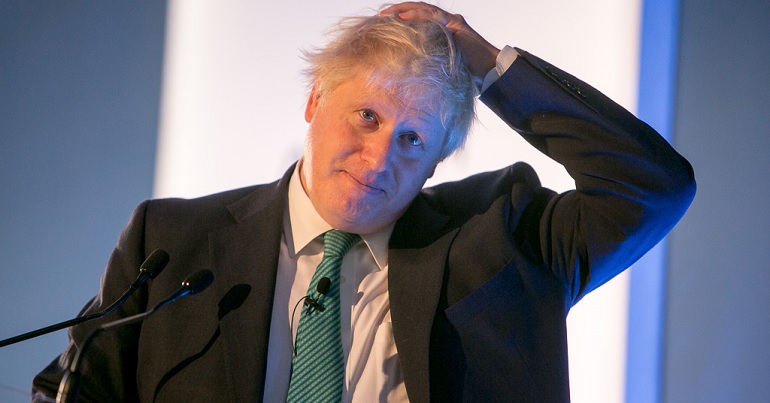 Boris Johnson may have won the election, but what he’s achieved since is up for debate. His track record so far is unimpressive, if not shocking. And it hasn’t gone unnoticed.

Johnson ran on a campaign of ‘delivering Brexit’, and now that the Brexit deadline has passed, his priorities are unclear. He has, however, managed to escape to the countryside while Storm Dennis wreaked havoc on rural communities.

In response to floods in the north of England and parts of Wales, Johnson has been not just inept, but mostly absent. Communities were devastated in the floods. And while Jeremy Corbyn managed to visit them and express his solidarity, Johnson was nowhere to be seen. Moreover, Johnson failed to initiate a timely emergency response.

That’s not even mentioning the fact that the Tory government had in previous years cut funding for adequate flood defences and appropriate infrastructure.

The decision to ban certain journalists from government briefings has already caused uproar. It’s clear that a careful PR campaign is propping Johnson up and trying to control how the media reports on his government. Ministers have also been banned from appearing on certain shows and channels, including Channel 4 and BBC Radio 4‘s Today programme. Johnson’s special adviser Dominic Cummings reportedly has a “network of spies” monitoring ministers’ interactions with the media.

Moreover, Johnson’s disdain for press scrutiny has been evident since the election, when he refused to take part in debates with other candidates on Channel 4 more than once. But now, he’s gone a step further. He’s reportedly agreed ‘privately’ to sell off Channel 4, taking it out of public ownership. According to a Conservative MP:

Boris has privately confirmed that he will definitely privatise Channel 4. He thinks it’s a great idea.

The decision comes following Channel 4‘s election coverage and Johnson’s subsequent boycott of the broadcaster. Its head of news Dorothy Byrne reportedly described Johnson as a “proven liar” in August 2019.

It’s also emerged that Johnson’s aides have been instructed to submit briefs that are ideally two sides of A4 paper in length. His special adviser Dominic Cummings reportedly closely moderates what goes into Johnson’s briefing box. According to an official quoted in the Times:

Box submissions have to be brief if he is going to read it. If they’re overly long or overly complex, Dom sends them back with savage comments.

How much nuance is lost as a result? And what does the prime minister do with all this time freed from the drudgery of reading briefing papers? It’s hard to say who, if anyone, might know the answer to that. An “influential Conservative political figure” told CNN:

When Boris won the majority, there was a huge amount of goodwill from lots of us who were previously skeptical about his leadership. But we are still waiting to see what he does with that

Cummings appears to be in charge of many of Johnson’s operations. His role in controlling ministers’ engagement with the media has been reported previously. And controversially hiring someone with eugenicist views, who had compared the intelligence of Black and white people, was also Cummings’s decision.

Cummings’s ruthless nature isn’t news. However, it does appear that his controlling approach isn’t going down too well. And it’s allegedly been causing some ‘nasty’ messages out of Number 10. CNN‘s Luke McGee said:

Cummings, according to some, is a man whose purest instincts are causing him to spiral out of control.

Yet he still continues to hold favour with Johnson. This isn’t surprising, considering he’s been credited with helping Johnson win the election. But with the ‘nasty’ whispers out of Number 10, combined with ongoing criticism even from within Johnson’s own cabinet, it’s clear Johnson needs to clean up his act. And he’s going to need a lot more than a mop to do it. Because it’s not at all clear what Boris Johnson has achieved since he became prime minister