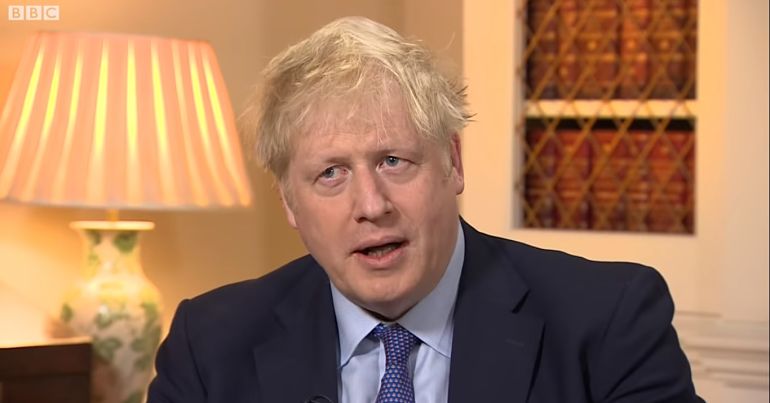 On 3 February, Boris Johnson’s team faced a high-profile media walkout after trying to limit who could attend a briefing about Brexit plans.

According to the Independent:

Journalists walked out of a Downing Street briefing on Boris Johnson’s Brexit plans after the prime minister’s director of communications tried to restrict it to selected publications and broadcasters.

when political correspondents from various outlets arrived inside Number 10, they were asked their names and told to stand in two groups on opposite sides of the entrance hall.

Director of communications Lee Cain then invited those on one side to enter and told those on the other to leave.

But in a rare act of solidarity, “all of the correspondents refused to take part in the event on those terms and left Number 10”.

This is truly sinister stuff.

Hats off to the BBC, ITV, Mail, Telegraph & Times for walking out too in protest, rather than let him get away with it. https://t.co/fs7IdryG9X

British political reporters right to stick together to stop No 10 choosing who scrutinises the PM. Big principles at stake. Number 10 seems to back free trade in goods but not in information. pic.twitter.com/QBfISztnhj

This is deeply worrying. Our media must always be free to hold the Government to account, instead now number 10 hold the power to peddle their agenda with publications they curry favour with. Action MUST be taken to protect the free press.https://t.co/B3MTdYG6hb

The Independent clarified that the “planned selective briefing” would likely “involve civil service experts”, and that “it has long been the convention that briefings from politically neutral civil servants are conducted on a strictly non-partisan basis, with publications of all shades of opinion represented to ensure that readers and viewers are kept informed”.

The Guardian‘s Rowena Mason highlighted that Johnson’s team had sought to ban “The Mirror, i, Huffington Post, PoliticsHome, Independent and others”. And she pointed out the extent of journalistic solidarity, saying:

Among those who refused the briefing and walked out included the BBC’s Laura Kuenssberg, ITV’s Robert Peston and political journalists from the Daily Mail, Telegraph, the Sun, Financial Times, and Guardian.

The tactics from No 10 mirror those of Donald Trump in the US who has been known to try to exclude journalists from reporting on his activities and represents an escalation of Johnson’s tensions with the media, which have been ramping up in recent weeks.

Trump has notoriously trolled critical media outlets and has openly shown his contempt for the journalistic profession. In 2017, he even called certain media outlets “the enemy of the people”.

Escalating tensions between Johnson and the media

Johnson’s relationship with the media is becoming frostier and frostier. As The Canary reported, Downing Street recently sought to:

freeze out the BBC and other national broadcasters from recording Boris Johnson’s ‘Brexit day’ message, in a move that critics say has “worrying overtones”.

a government boycott of BBC Radio 4’s Today programme and ITV’s Good Morning Britain, with no minister appearing on either since the election. This continues an apparent pattern of Johnson and his team avoiding public and media scrutiny, which began during the 2019 election campaign.

During the election campaign, Johnson did his best to avoid critical media attention. He chickened out of a Channel 4 climate debate, having previously sidestepped a debate with Labour leader Jeremy Corbyn on the same channel. And while Corbyn did an interview with the BBC‘s Andrew Neil, Johnson refused to do the same. The Tory leader also sought to ban critical journalists from his campaign bus.

Donald Trump previously called Johnson the “Britain Trump”. And the Trump-Johnson alliance is only likely to strengthen post-Brexit. Trump has already spoken of the potential for a “massive” post-Brexit trade deal between the UK and US, for example. He says this could be “far bigger and more lucrative” than any deal with the EU. Speaking in south-east London on 3 February, meanwhile, Johnson said: “We will get going with our friends in America and I share the optimism of President Trump.” After leaving the EU on 31 January, the UK is now seeking international trade deals, including with the US, during the 11-month transition period.