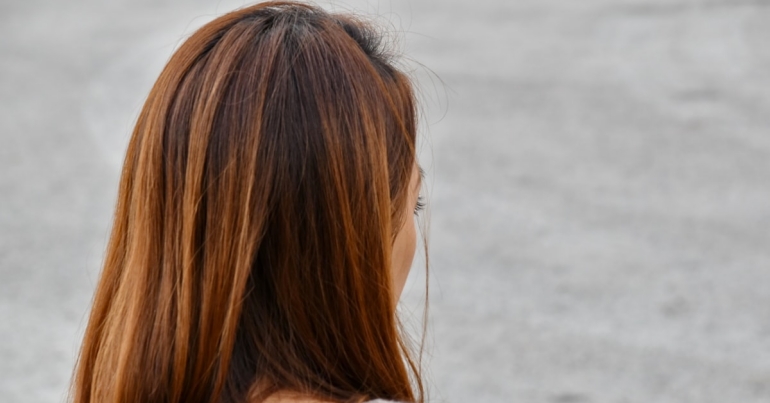 I knew I needed to write an opinion piece this morning, but I didn’t know where to start. I knew I couldn’t cover anything else until I’d managed to write a few words about what I’m feeling. Because there’s a need to pause, to acknowledge, to really take in how much the world and all our lives have changed due to the coronavirus (Covid-19) outbreak. And the scariest thing of all is the fact there’s no end in sight – we don’t know when things will change and if indeed things will ever be the same again.

Over the past week, I’ve veered between many emotions and varying states of panic and denial. My teenager and I went to see my parents at the weekend. Both are in their 70s. Both have health problems that also put them in the at-risk group. As we left, we said we didn’t know when we’d all be together again. But it didn’t feel real.

Yesterday, I went to a local cafe. I often go there to work. I wasn’t working but wanted to support the couple who run it while they were still open. We spoke about how long they thought they’d be open, how they were doing. But none of us thought we’d be cutting off so soon.

Last night we made the decision to take our teenager out of school. It’s his GCSE year so it wasn’t an easy choice. But it limits the potential spread of the virus. We’re in a privileged position. I work from home anyway and he is 16 so self-sufficient. It’s not such an easy decision for many people. But we can do it. And each of us who can do it limits the spread.

Lack of sleep and shock are making my thoughts jumpy. I can’t focus between the personal and the political, the small picture and the big picture and the bits that are very much in between. One minute I’m thinking about my cancelled plans, my family, my child’s GCSEs and what’s going to happen to them. The next, I’m thinking about every single person out of work or being forced to work, of our batshit crazy capitalist system that is fucking us all up, and about a government more likely to bail out billionaires than those on the breadline. I’m thinking about all the venues, the artists, the pubs and the clubs that may never open their doors again; about a government that’s fucked up its advice so much that even the health minister couldn’t answer straight questions about it on Newsnight. I go from thinking about our personal situation and how we’ll cope with a reduced income, about our counselling charity that can’t survive without clients, and then multiplying this by thousands, by millions. And then I think about homeless people, those facing domestic abuse who live in homes where self-isolating isn’t safe, refugees, undocumented people. Overwhelming is an understatement.

And the next minute I’m thinking about friends facing repression, what this means for court cases, for people in prison on remand. What happens to people already locked up for months, facing a trial that’s now likely to be postponed? My thoughts jump again. To my community, about what I can do to help beyond joining our local mutual aid group, knowing I also have chronic health problems that limit my energy. And I’m thinking about how these groups, even if they say they aren’t political, are inherently political, just not party political. Because people coming together and finding alternatives to the state is about as political as it gets.

Our demands need to be clear

I know this will go in waves. I know there will be days when we feel like we can’t cope. We need to find ways of supporting each other through those days, giving each other some slack, carrying the load where we can for others and knowing, above all, that we will all look out for each other.

Above all, we need to make our political demands strong and clear. We need a universal income for all. We need rent, mortgage, and utility bill payments suspended. Stopping the spread of this disease relies on people being able to self-isolate. We’re not going to do that until people know they won’t starve and become homeless as a result. The government has to know that this isn’t going to be a re-run of bailing out the bankers. That people will revolt if Richard Branson is bailed out while hospitality workers are left out to dry.

Now more than ever the billionaires have to accept that their wealth will be culled. Now. We couldn’t afford to subsidise them before. And we definitely can’t afford to now.

And we need to watch, monitor, and be prepared to respond to whatever legislation the government introduces. Never have we been in so much danger of slipping into an authoritarian state, and we need to be ready to fight for our basic rights.

Finally, we need to take responsibility. We need to share and collectivise rather than bulk buying and hoarding. And we need to be responsible for our own actions, limit contact even if we’re healthy, and really get over the individualistic mindset of ‘I’m OK’ or ‘this doesn’t apply to me’. Think about others. Send a message to that friend or neighbour you know is living on their own and just check in with them.

It’s OK not to be OK

How we react to this crisis and how we pull through it is likely to define generations to come. We can do this in a positive way and we can really make a difference to each other’s lives and our communities. But we’re in this for the long haul. It is going to affect our mental health and we need to be talking about this. We need to do what we can on the days we’re OK and admit when we’re not.

The coming weeks and months are going to be hard. We’re going to see more and more unprecedented things – things that some of us never thought we’d see in our lifetimes. It’s OK to be scared. It’s OK to be overwhelmed. And it’s OK to have days when you feel like you can’t cope. I’m having one of those days. But I know tomorrow, I’ll pick myself up and throw myself back into things because that’s what needs to happen.

Together, with mutual aid and solidarity, we can get through this.