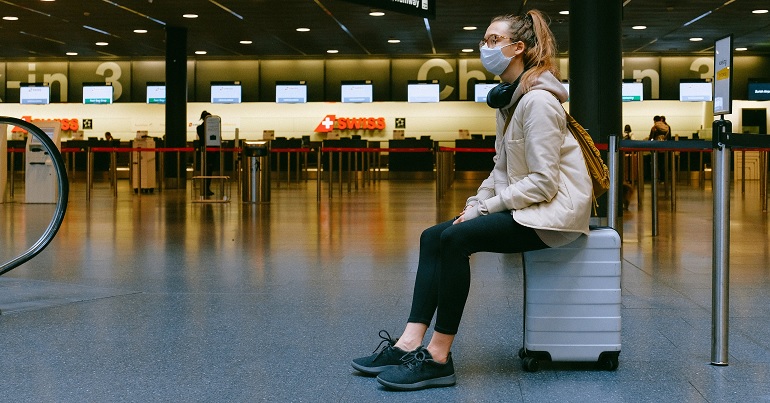 The government continues to botch its response to the coronavirus (Covid-19) pandemic, which has already caused many thousands of needless deaths. And now ministers are discussing the easing of quarantine rules for travellers arriving in the UK. According to BBC Newsnight, the government is considering relaxing the 14-day quarantine requirement for people coming to the UK.

These discussions, believe it or not, haven’t been prompted by ‘the science’ or expert advice, but by concern for potential damage to the travel industry. While seeing the risk to human life get weighed so casually against business interests is infuriating, it’s also entirely on brand for this government.

Are we ready to ease lockdown?

Recently, the UK managed to achieve the highest death rate across seven days in the entire world. Bar none – we even surpassed the US, where people have to rely on private healthcare. The daily death toll isn’t falling consistently, especially within care homes. As of 31 May, we were still at around 2,000 new confirmed cases per day. According to the World Health Organisation (WHO), at the end of May the UK was among the countries meeting the criteria to exit lockdown the least.

Again staying on brand, the Tories have outsourced management of the contact tracing system to private companies, which could give third parties access to confidential data from millions of patients. But what’s worse, the app isn’t even ready – the government has eased lockdown without a functioning contact tracing app in place.

Meanwhile, schools reopened to pupils as young as four on 1 June, and issues such as the disproportionate impact of coronavirus on BAME communities and the lack of personal protective equipment (PPE) for hospital and care workers still persist. Yet the government isn’t just easing lockdown, it wants to ease quarantine rules for people coming to the UK too.

So if the risks are so great, and we clearly aren’t ready to return to normal in a safe way, then why isn’t this reflected in government policy? The answer is obvious – ever since pushing the heavily debunked herd immunity strategy, this government has been putting economic profit before people.

BBC Newsnight was reportedly told that any changes to the current 14-day quarantine rule for people entering the UK “would be guided by the science”. ‘Guided by the science’ seems to have become a handy phrase deployed often by this government to justify its position, even though scientists have openly criticised policy decisions on multiple occasions. In reality, the government appears to have been consistently guided by business interests. So its concern over the impact of quarantine rules on the travel industry is in the same vein.

You want a holiday, we want to live

Watching people risk their lives as a result of this government’s incompetence, while witnessing members of my own community die at alarming rates, is soul-crushing. I can’t begin to fathom the ethical grounding and moral fabric of a government that puts the interests of businesses, industry, and the economy on a par with human life. I no longer feel like the government is listening or cares about what we have to say. But to the people eager to travel without being quarantined, this is my message: while you may want a holiday, we just want to live.

Poverty combined with a callous government has meant that the poorest workers are forced to work and to use public transport to get to work. They don’t have the option of shielding themselves from exposure to the virus. So for the sake of those who don’t have the privilege of keeping themselves safe, stop spreading the virus. That means staying home wherever possible, and going into quarantine if necessary. Regardless of what this private profit-centred Tory government says.